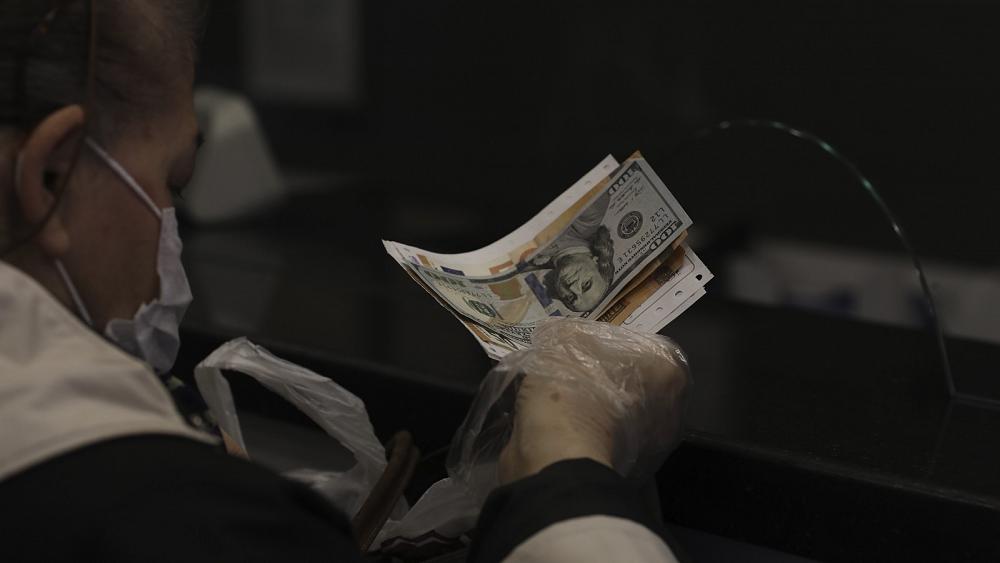 The Turkish lira has dropped 40 per cent in value since the start of the year, shedding as much as 15 per cent on Tuesday alone.

People in the streets of Istanbul have expressed concern over the Turkish lira plunging to record lows against the dollar on Wednesday, a day after Turkey's president said policymakers had no appetite to hike interest rates in response to the currency's fall.

The Turkish lira earlier hit a record low exceeding 13 lira against the dollar, a loss in value of some 15 per cent before recovering slightly.

The lira has lost some 40 per cent of its value since the start of the year.

President Recep Tayyip Erdoğan, who had declared himself an "enemy" of high borrowing costs, portrayed his economic policies as "an economic war of independence" during a late-night televised address to the nation.

He made clear that his government would not step back from its policy of lowering borrowing rates to boost growth.

"Either we were going to give up on investments, production, growth and employment by keeping to the understanding that has prevailed in our country for years, or we were going to engage in a historic struggle in line with our priorities," Erdoğan said.

"As always, we preferred the struggle".

"We are determined to do the right thing for our nation," he continued. “We encourage investment, production and exports... We protect employment... We care about growth".

Inflation is already running at an annual rate of 20 percent. The current economic conditions are causing a spike in the cost of living for many, severely eroding Turks’ purchasing power and causing high unemployment.

Riot police broke up a protest in Istanbul on Wednesday by demonstrators denouncing the government’s economic policies. Dozens of protesters were detained.

The protesters, mostly members of left-wing groups, were starting to gather in Istanbul’s Kadikoy district, located on the Asian side of the city, when police intervened.

Demonstrators were chanting slogans calling for Erdoğan’s government to resign.

Police used shields to break up the crowds and dragged some of the protesters away, provoking jeers from onlookers.

More than 30 people were detained, according to Associated Press journalists at the scene.

There were similar protests in Ankara and other Turkish cities, the Birgun newspaper reported.