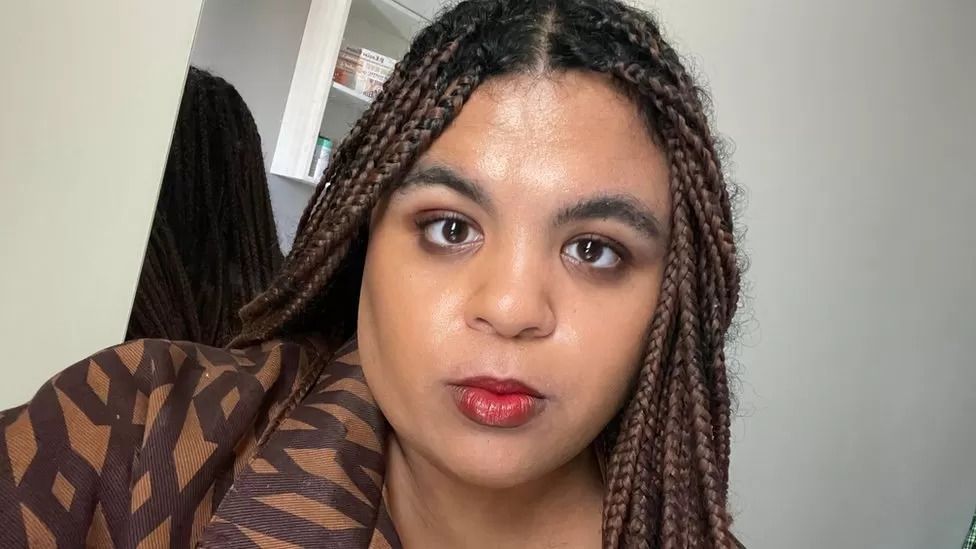 Zara was due to move in three days' time when she received a message from her new landlord.

"Your picture was fake," he said in an email.

He said her photo showed "blonde hair and white skin". "Actually you are Indian, with black hair and brown skin," he wrote.

Zara - not her real name - told him that she hadn't used a fake photo, but he said she couldn't move in and accused her of trying to appear white.

She said the e-mail, which she shared with BBC Newsbeat, "just came as a complete surprise to me".

"No-one has ever referenced my skin colour before in that way," says Zara.

"In the email, he explicitly started talking about how dark my skin was.

"I never would have thought to think about my skin colour being a barrier.

"Unfortunately, that's just how it is. And I didn't think we lived in a country like that."

Zara reported the incident to flat-sharing site SpareRoom, where she found the London house listed.

She says she was told they would restrict the landlord's account - but Zara feels this wasn't good enough.

"I don't think they actually did anything. When I went back and checked his profile, it was still there. He was still advertising."

SpareRoom says racial discrimination is against its terms and conditions and it takes allegations very seriously.

"We look into every single report of discrimination we receive and investigate thoroughly - if we find that racial discrimination has occurred, we'll remove the user permanently.

"We also encourage all complaints to be reported to the police," it said in a statement.

Zara says the experience won't be easy to forget.

"Now, I'll probably think about it any time I apply for some other place."


'Are you sure you're British?'

Other young people say racial discrimination while flat hunting is not unusual.

Research by the housing charity Shelter suggests that at least one in 10 renters has faced racism.

In a 2021 survey answered by over 500 black and Asian adults, 14% of black respondents and 10% of Asian respondents said they had experienced discrimination while house hunting.

Newsbeat spoke to some renters who agreed that it was a familiar problem.

Paris Williams, 24, from York, has been searching for a new flat in London for over a year:

"I just want to have somewhere to sleep, but I can't. It's a human right, and I think it's made harder by racism."

She says landlords have asked her questions she feels they may not ask white tenants.

"It's common, speaking to landlords and 'oh, we've had issues with black people'.

"I've even had landlords say to me, 'do you smoke weed?' and I'm like, 'no'. 'Well, every black tenant I've had smokes weed, so you must smoke weed.'

"They'll start asking me, 'are you sure you're a British citizen?'... It's that constant scrutiny that makes you think, 'is it my race?'"

Misty, a South Asian student in York, says she felt disheartened after one particular flat viewing.

She saw the flat with a potential housemate, who was white.

Misty says the landlord "wouldn't make eye contact" with her and addressed the other tenant instead.

Ari, a 23-year-old black woman in London, had a similar experience when viewing a flat with her white partner.

When Ari told the landlord that her partner would not be living with her, she says "the landlord looked almost disappointed".

"She was really selling the flat to my partner... it was very much like she had a specific idea of who she wanted to rent that flat to."

Ari decided not to offer on the flat, while Misty, who made an offer, was told it had already been taken.

With no accommodation for the year ahead, Misty was left to defer her university place by a year.

What to do if you experience discrimination

It's important to gather all the information you can about what has happened, and make sure to ask the landlord or agent to put their decision in writing.

You can make a formal complaint to the landlord or agent if you're comfortable doing so
If the issue is with a letting agent, you can pursue the complaint through their letting agency redress scheme
If this doesn't help, you can get advice on your options to challenge the discrimination legally at the county court by contacting Shelter
If you're homeless or at imminent risk of eviction or homelessness, you can call Shelter's free emergency helpline

'Getting away with it'

Charities say a lack of regulation in the private rented sector has left the door open for racial discrimination.

The Race Equality Foundation says budget cuts have "emaciated" services responsible for tackling discrimination, such as local authorities and the Equality and Human Rights Commission.

Its CEO Jabeer Butt OBE added that Right to Rent legislation - which means landlords need to check a tenant's immigration status - has "created an environment where landlords have much more power about who they choose to rent to".

"I can't help but think that discrimination will be part and parcel of that," Jabeer says.

Polly Neate, chief executive of Shelter, says its services are supporting private renters who have been turned away by landlords because of their race.

"A lack of regulation means landlords and letting agents are getting away with discriminating against people of colour who feel powerless to challenge them."

Shelter is calling on the UK government to deliver on proposals to strengthen protections for private renters called the Renters' Reform Bill.

The bill would ban landlords in England from evicting tenants without a reason and create a register of landlords.

Polly says this would mean tenants could "check out their landlord and councils can crack down on rogue landlords."

A spokesperson for the Department for Levelling Up, Housing and Communities said racial discrimination should "be met with the full force of the law".

"Ensuring a fair deal for renters remains a priority for the government, that's why we will deliver on our commitment to abolish Section 21 'no fault' evictions as soon as possible.

"We have also given councils £366 million this year to prevent homelessness and ensure families are not left without a roof over their heads. This can prevent evictions and help people find new homes."

The Right to Rent Scheme legislation provides codes of practice which set out how landlords can avoid unlawful discrimination.