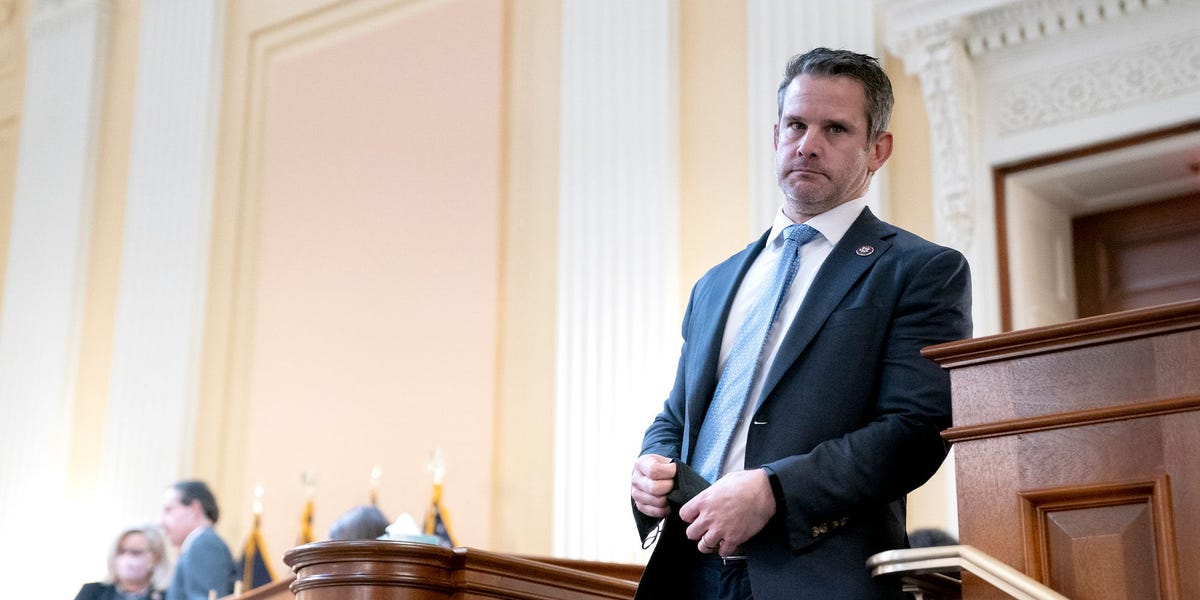 Republican Rep. Adam Kinzinger of Illinois spoke on the House floor for the final time on Thursday after declining to seek re-election.
Kinzinger, a member of the January 6 committee and one of 10 House Republicans who voted to impeach former President Donald Trump for incitement of insurrection following the Capitol riot, has emerged as a key critic of the GOP from within the party.

In his farewell speech, Kinzinger declared that "our democracy is not functioning" and said Republicans have "embraced lies and deceit." Despite not mentioning Trump by name, he made numerous references to the assault on the Capitol.

He also criticized the leadership of the Republican National Committee, which used the phrase "legitimate political discourse" as it moved to censure him and Republican Rep. Liz Cheney of Wyoming for their participation in the January 6 committee.

"Our leaders today belittle, and in some cases justify attacks on the US Capitol as 'legitimate political discourse,'" Kinzinger added. "We shelter the ignorant, the racist, who only stoke anger and hatred to those who are different than us."

"To my Democratic colleagues, you must too bear the burden of our failures. Many of you have asked me: where are all the good Republicans? " he said. "Over the past two years, Democratic leadership had the opportunity to stand above the fray."

"Instead, they poured millions of dollars into the campaigns of MAGA Republicans, the same candidates Biden called a national security threat, to ensure these good Republicans did not make it out of their respective primaries," Kinzinger continued. "This is no longer politics as usual. This is not a game."
#Donald Trump