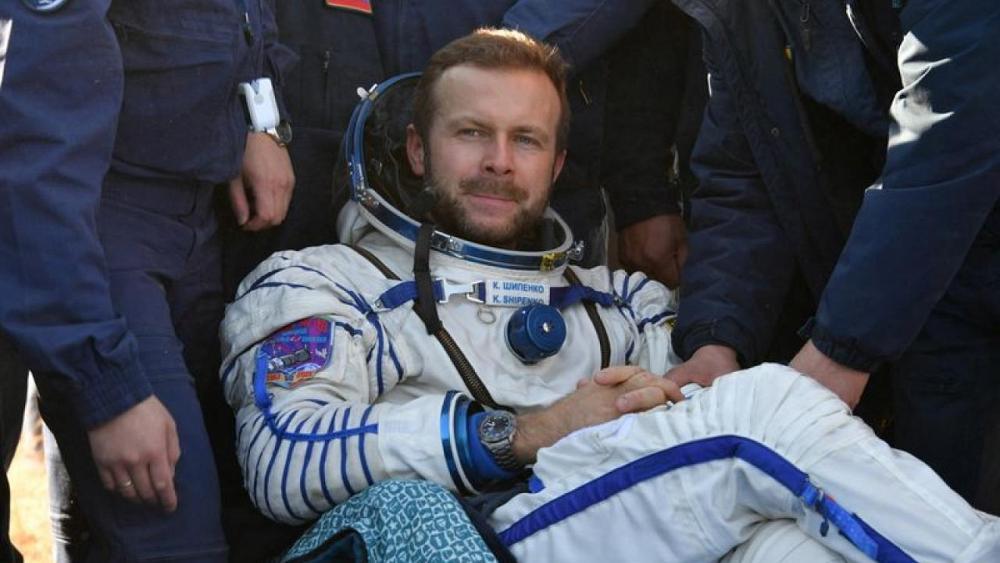 Russian film director Klim Shipenko said on Tuesday he was up for making a movie on the moon or even Mars after returning from 12 days of shooting aboard the International Space Station that transformed his ideas about the possibilities of cinema.

Shipenko and actress Yulia Peresild returned to Earth on Sunday after gathering more than 30 hours of material for "The Challenge," billed as the first space movie and hailed by Russian media as a world-beating achievement.

Asked about a possible moon sequel, Shipenko told a news conference: "We're ready. We believe space cinema should be filmed in space. If it's about the moon, let's go to the moon, if it's Mars, let's go to Mars.

"Why not? Why should cinema be filmed in a studio?"

Russian state media have provided breathless cover of the cosmic film venture, latching onto a rare feel good story at a time when business titans Elon Musk and Jeff Bezos have been grabbing headlines with rocket launches and Russia's own space programme has suffered delays, accidents and corruption scandals.

"Every second was a big discovery," said Peresild, who plays a doctor who is asked to travel to the space station to save a cosmonaut's life.

Shipenko said the crew aboard the ISS had joined in the filming, contributing their own "organic" dialogue, as well as holding him by the feet to stop him bumping into things.

He said the experience had taught him new ways of creating cinema.

"Some scenes that I imagined one way on earth came together completely differently... People can be face to face (in space) but one of them is head up and the other is horizontal and the camera can be on a different plane, and that transforms your consciousness completely," he said.

"For me it was a cinematic discovery, to realise scenes in a completely different way in three or four planes."

Shipenko said work on "The Challenge" would continue until the end of next year, and the space scenes would probably make up 25 to 35 minutes of the final cut.

He said no date had been set for the release but there might be advance teasers from the space segment.

The cost has not been disclosed, but Shipenko said there was huge international interest.

"I think if the film goes out at a world level it will pay for its budget, and the task of this film was to do that," he said.