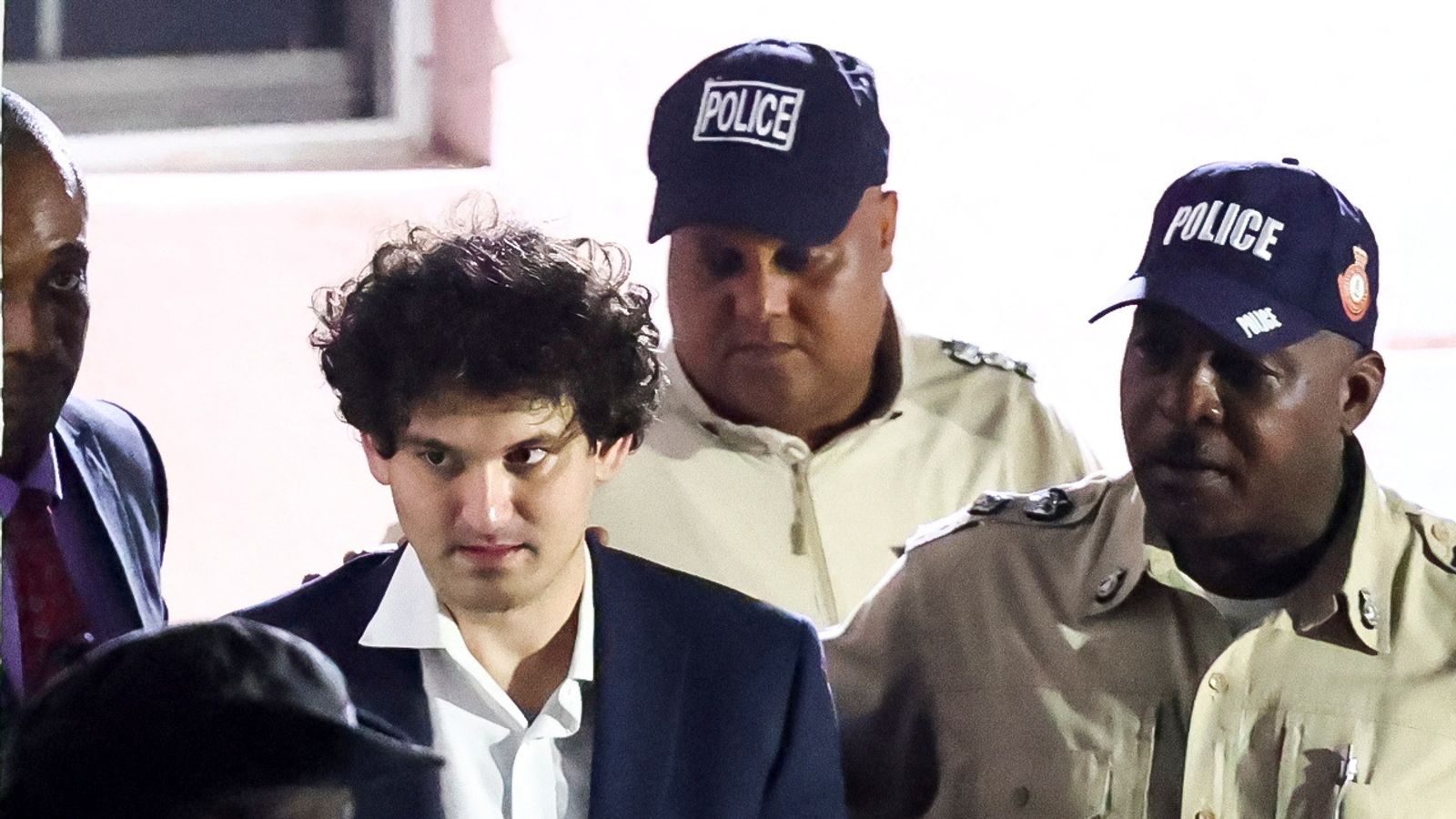 Sam Bankman-Fried: Arrested crypto boss hugs parents as he is denied bail over 'one of biggest financial frauds in US history'

The 30-year-old founder of FTX is being held on criminal charges over an alleged "brazen, multi-year" mass financial fraud, and faces up to 115 years in jail if convicted.

Former cryptocurrency exchange boss Sam Bankman-Fried hugged his parents after being denied bail on charges relating to "one of the biggest financial frauds in American history".

The 30-year-old founder of FTX, has been charged by the US Securities and Exchange Commission (SEC) with fraud and violating campaign finance laws. He is also being sued.

Following his arrest in the Bahamas, a judge denied him bail, saying he was a "great" flight risk, and sent him to a local correctional facility instead.

Bankman-Fried will remain in custody in the Bahamas until at least 8 February.

The latest developments cap a stunning fall from grace in recent weeks for the man known as SBF, who amassed a fortune valued over $20bn (£16.2bn) as he rode a cryptocurrency boom to build FTX into one of the world's largest exchanges before it abruptly collapsed this year.

Bankman-Fried has previously apologised to customers and acknowledged oversight failings at FTX, but said he does not personally think he has any criminal liability.

Earlier on Tuesday, US Attorney Damian Williams in New York alleged Bankman-Fried had made illegal campaign contributions to Democrats and Republicans with "stolen customer money," labelling it part of one of the "biggest financial frauds in American history".

Bankman-Fried faces a maximum sentence of 115 years in prison if convicted on all eight counts, prosecutors said.

He was arrested at his home in a gated community in the Bahamas capital, Nassau.

In the indictment unsealed on Tuesday morning, US prosecutors claimed Bankman-Fried had engaged in a scheme to defraud FTX's customers by misappropriating their deposits to pay for expenses and debts and to make investments on behalf of his crypto hedge fund, Alameda Research LLC.

He also defrauded lenders to Alameda by providing false and misleading information about the hedge fund's condition, and sought to disguise the money he had earned from committing wire fraud, it is alleged. 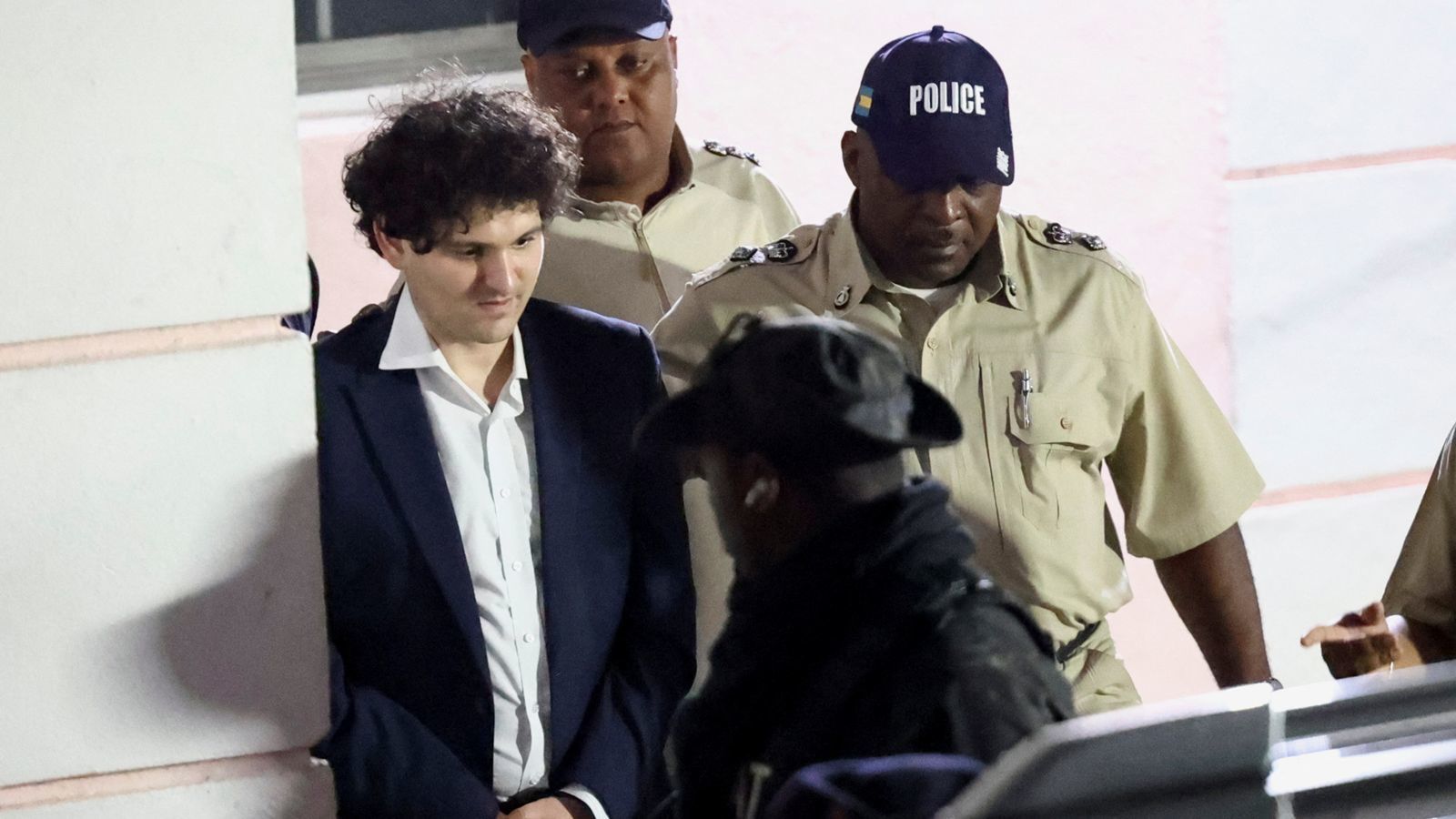 Both the SEC and the Commodity Futures Trading Commission (CFTC) alleged Mr Bankman-Fried committed fraud in lawsuits filed on Tuesday.

Since at least May 2019, FTX raised more than $1.8bn from equity investors in a years-long "brazen, multi-year scheme" in which Bankman-Fried concealed FTX was diverting customer funds to Alameda Research, the SEC alleged.

Bankman-Fried, who founded FTX in 2019, was an unconventional figure who sported wild hair, t-shirts and shorts on panel appearances with statesmen like former American President Bill Clinton.

He became one of the largest Democratic donors, contributing $5.2m (£4.2m) to President Joe Biden's 2020 campaign. 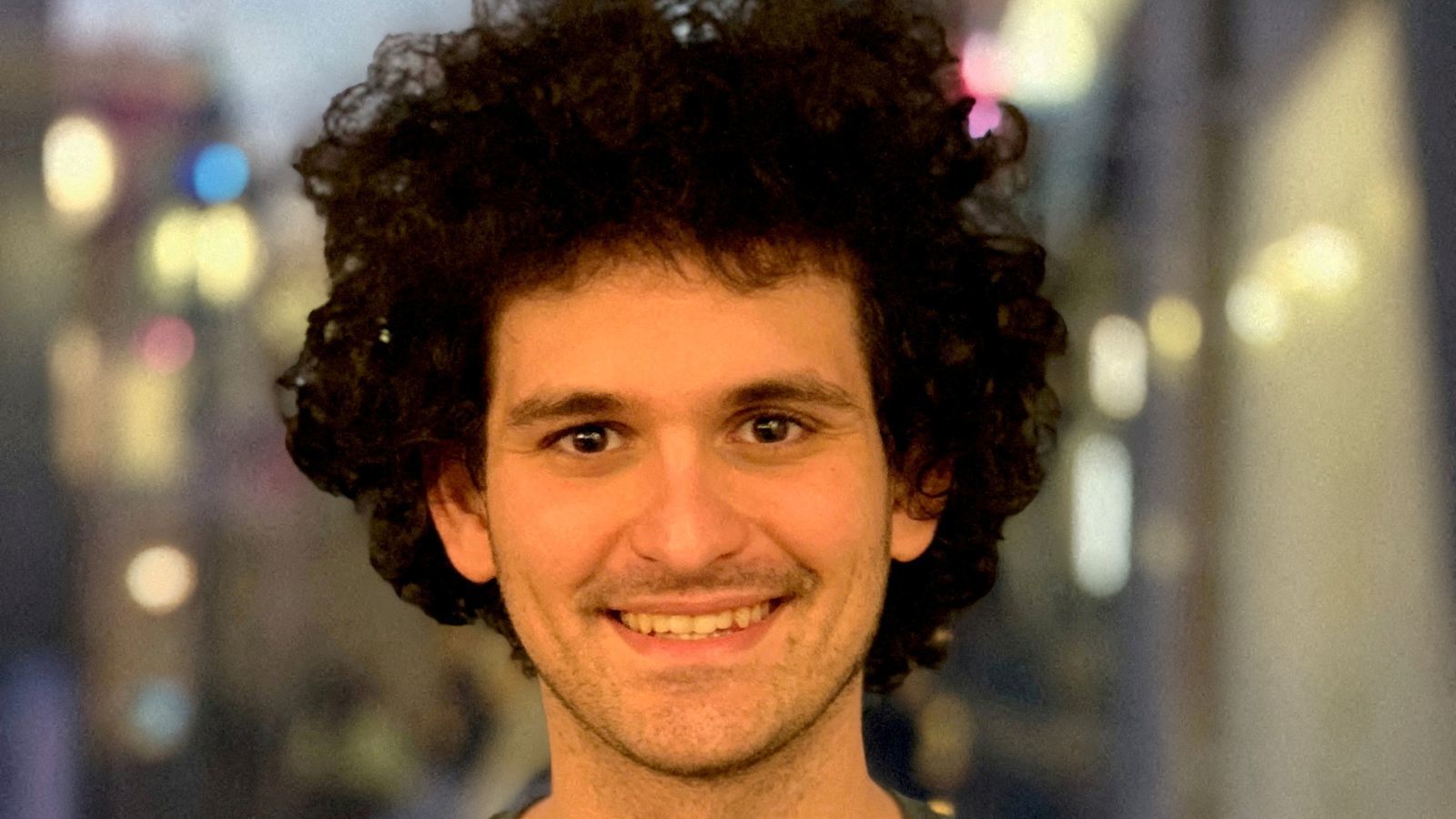 FTX filed for bankruptcy on 11 November, leaving an estimated one million customers and other investors facing losses in the billions of dollars. SBF resigned as chief executive the same day.

The collapse reverberated across the crypto world and sent bitcoin and other digital assets plummeting.

John Ray, Bankman-Fried's successor as CEO, was called to testify before the House Financial Services Committee in the US Congress on Tuesday.

A crypto exchange is a platform on which investors can trade digital tokens such as bitcoin.