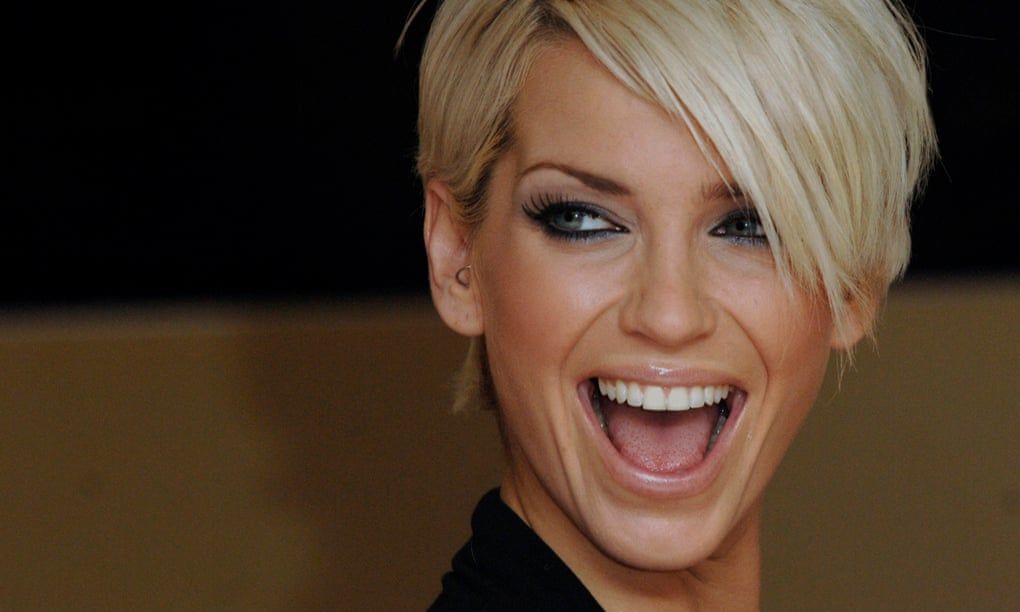 For the release of Girls Aloud’s signature 2004 single Love Machine, the girlband juggernaut’s long-term graphic designers Form created a fictional magazine cover for each member. While Cheryl Tweedy is coquettish in cat ears for the stylish Love … mag and Nadine Coyle graces the cover of the Hello!-esque Aloud!, Sarah Harding appears in army fatigues on the cover of Girls, her warpaint augmented by a huge sparkly grin. It quotes a lyric (“We’re heading for war”) accompanied by text that hammers the message home: “Fighting talk from Sarah.” It’s the perfect encapsulation of the pop persona that Harding, who has died from cancer at the age of 39, attracted and often relished: the unruly, fun-loving, tomboyish rebel – or, as she described it in her 2021 memoir, Hear Me Out, the “rock chick, blonde bombshell, party girl, the caner of the band”.

It was Harding’s energy and passion that often gave Girls Aloud an extra frisson of excitement on stage, whether she was endearingly stumbling through dance routines or hitting the odd bum note. Post-Spice Girls, UK pop had become polished and pre-teen again, but with Girls Aloud there was a sense that you should expect the unexpected. Much of that revolved around Harding. As a teenager in Manchester, she was a huge fan of Liam Gallagher, and brought a rock’n’roll ethos to a manufactured band that could easily have defaulted to rote media-trained sheen. (Tellingly, her favourite Girls Aloud single was the pummelling, guitar-led Wake Me Up.)

During the 2008 Tangled Up tour, Harding often opened a show by bellowing: “Big Mouth’s back, and she’s here to say hello!” One date on an earlier tour was marked by Harding attempting to suppress a hangover-induced bout of vomiting. When the band took part in a Channel 4 documentary series called Girls Aloud: Off the Record, it was Harding – who quickly became a tabloid magnet – who crashed a Ferrari. She was the antithesis of polished perfection, which meant you couldn’t take your eyes off her. It made sense when she attracted the attention of Robbie Williams early in her career. Like Harding, Williams was a heart-on-the-sleeve pop outsider with a rebellious reputation that seemed to mask a deeper insecurity. 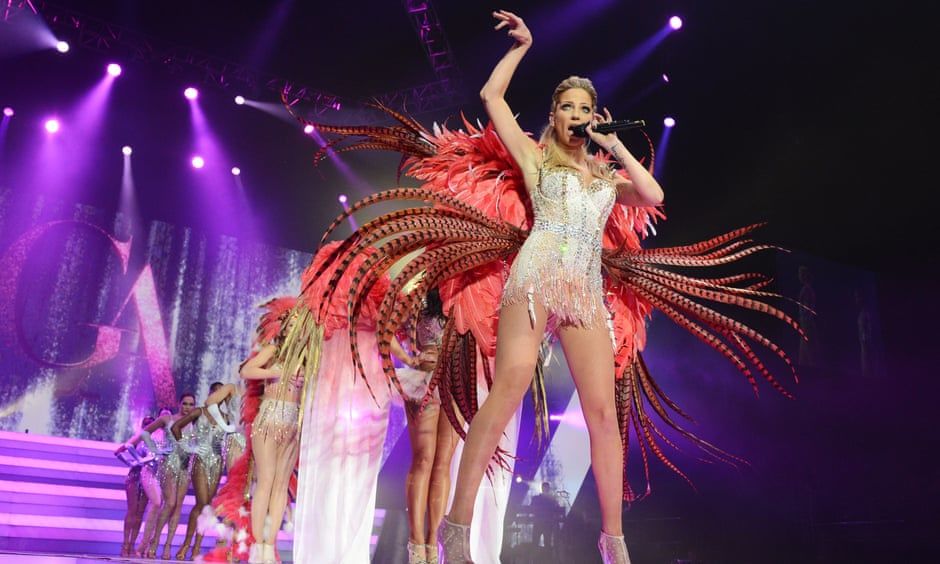 Harding was also unafraid to stand up for herself. After Boy George disparaged Girls Aloud as “just a bunch of pretty girls prancing around on the stage” at an awards show, Harding confronted him at a hotel bar months later and made him apologise. It took until 2009 – six years into a streak of 20 consecutive UK Top 10 singles, a litany of rule-breaking, genre-splicing pop behemoths – for them to win their first Brit award, for the single The Promise. Accepting the award, Harding summed up the moment. “It’s about time!” she roared, quickly followed by: “I think I’ve just wet myself” In 2017, Jesy Nelson – whose intoxicating mix of power and vulnerability recalled Harding’s – referenced that acceptance speech after Little Mix scooped their first Brit.

In Hear Me Out, Harding quotes two hardcore fans who crystallised her significance. “That idea that a young woman could have such ambitions, and execute them through sheer force of will, was, to us, inspiring.” It was a bumpy journey to fame. While Harding had always wanted to be a performer, she suffered from undiagnosed ADHD as a child, which meant she struggled to focus. Growing up in Berkshire and later Manchester, she often moved schools. Teachers described her as “the catalyst” because she was usually at the heart of any disruption. However, music, a passion she picked up from her session musician dad, offered solace. After she dropped out of school, Harding worked in a number of jobs – waiting tables at Pizza Hut, van driver, debt collector, BT operator – while performing in clubs and pubs in the evenings.

In 2002, she auditioned for ITV’s Popstars: the Rivals, in which weekly auditions were held to find a new boyband and girlband that would then race to be crowned Christmas No 1. She made it to the final 10 and moved into a shared house with the rest of the girls. Coyle described Harding as “surprisingly reserved” and more inclined to read alone than hang out with everyone else.

Harding was the last to earn her place in the band, beating favourite Javine Hylton to the fifth spot. What should have been a huge moment was immediately tarred by tabloid speculation that the voting was rigged. “So, rightly or wrongly, I started off my whole Girls Aloud journey feeling slightly unwanted,” Harding writes in Hear Me Out. Her reaction was to throw herself headfirst into every aspect of pop-star life “to prove to myself and everyone that I bloody well did deserve to be in Girls Aloud. I was good enough.” Quickly Harding realised it was easier to fulfil the role of “party girl”, even if it meant she often “felt like a cartoon character rather than a pop star”. 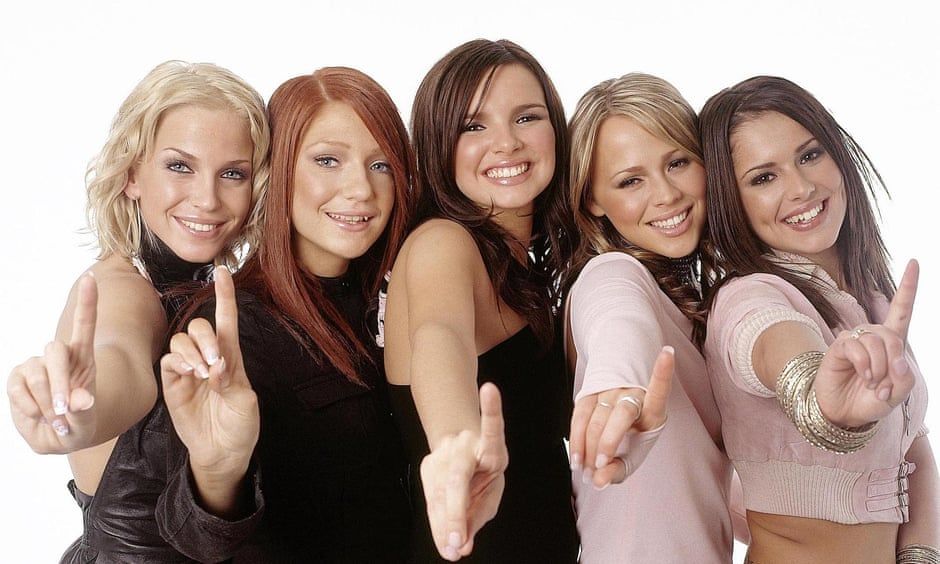 ‘I bloody well did deserve to be in Girls Aloud’ ... Harding, left, with bandmates Nicola Roberts, Nadine Coyle, Kimberley Walsh and Cheryl Tweedy.

When Girls Aloud went on hiatus in 2009, Harding dabbled in acting, gaining positive reviews for her performance in the BBC drama Freefall before playing to type in St Trinian’s 2: The Legend of Fritton’s Gold as an unruly student. The film offered her the chance to record three solo songs with Girls Aloud’s production team Xenomania, including a gutsy rendition of David Bowie’s Boys Keep Swinging. After the band split in 2013 – following a lacklustre reunion tour that appeared to be held together by Harding’s passion alone – she pivoted to reality shows such as the celebrity gymnastics oddity Tumble and winter sports series The Jump. She tackled both with the all-or-nothing energy of an Olympian. In 2017, she entered the Big Brother house for the 20th series of its celebrity variant and won.

The title of Harding’s book – released in March 2021, seven months after she made her cancer diagnosis public – is taken from a defiant ballad she co-wrote for Girls Aloud’s 2004 album, What Will the Neighbours Say? The day the book was published, her fans sent the song to No 1 on the iTunes chart – a fitting way to renew focus on Harding the pop star, especially after her attempts at a post-Girls Aloud solo career were curtailed by battles with addiction and stints in rehab. That day, Xenomania’s chief producer and songwriter Brian Higgins tweeted about the creation of the song, revealing a different side to Harding, away from the spotlight. He describes the shock he and the band’s unofficial sixth member, songwriter Miranda Cooper, felt when Harding produced the song’s chorus fully formed after hearing the backing track just once. “It’s emotional, it’s earnest and it’s raw, but the vocal melody is also skilled, intelligent and finds true and real emotions in the chords that the music offers,” he wrote, also seeming to sum up Harding more broadly.

Harding’s musical idols were telling. Madonna, Gwen Stefani, Pink, Lady Gaga are all unfiltered, defiant women who have always been told they’re too loud, too bold, too brash, too much. All things that their male counterparts have been celebrated for. Public perception only ever tells half the story, but Sarah Harding: Pop Star, the one the public thought they knew, made it all seem like glorious, unadulterated fun. Like a dream come true. And that, after all, is what pop is all about.