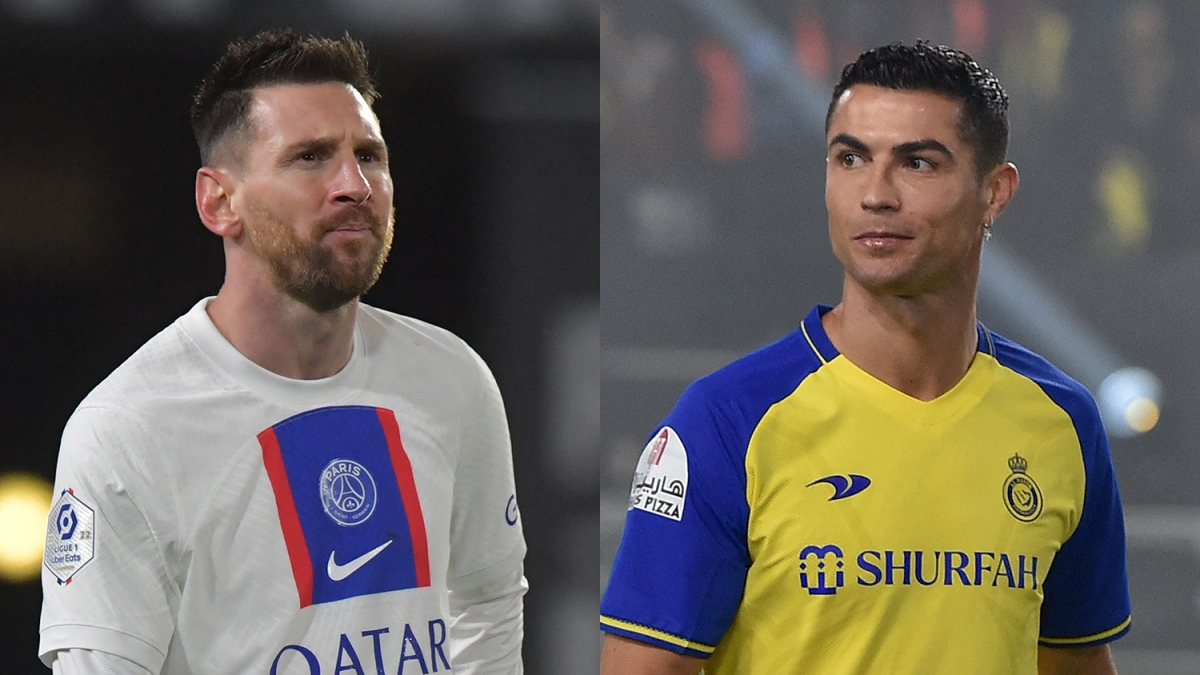 Proceeds of the auctioned ticket for a friendly between PSG and an all-star Saudi XI featuring Ronaldo will go to charity.

A Saudi real estate mogul has won a ticket to see Cristiano Ronaldo and Lionel Messi face off in a friendly after bidding $2.6m at auction, an official said.

The match on Thursday in Riyadh is set to pit Messi’s Paris Saint-Germain against a select side made up of players from Ronaldo’s new club Al Nassr and their Saudi rivals Al Hilal.

It will mark the first time Ronaldo has played any football in the kingdom since signing a contract with Al Nassr that runs until 2025 and is worth more than 200 million euros ($214m), according to sources close to the club.

The five-time Ballon d’Or winner is scheduled to make his Saudi Pro League debut for Al Nassr on Sunday.

To promote Thursday’s friendly, Turki al-Sheikh, an adviser at the Royal Court and head of Saudi Arabia’s General Entertainment Authority, announced a charity auction for a special ticket that would come with perks like photo opportunities with players and access to the locker rooms.

Al-Sheikh then announced on Twitter the winning bid of 10 million riyals ($2.6m) had come from Mushref al-Ghamdi.

“Congratulations, you deserve it, and may God reward you with good,” Sheikh said.

The proceeds from the auction are due to go to the national charity campaign known as Ehsan.

Besides Messi, the PSG players expected to play on Thursday include France striker Kylian Mbappe and Achraf Hakimi, who last year in Qatar helped make Morocco the first Arab and African team to reach the World Cup semifinals.

The Saudi select team includes Salem al-Dawsari, who scored the winning goal in the Green Falcons’ shock defeat of Argentina in the World Cup’s group stage.