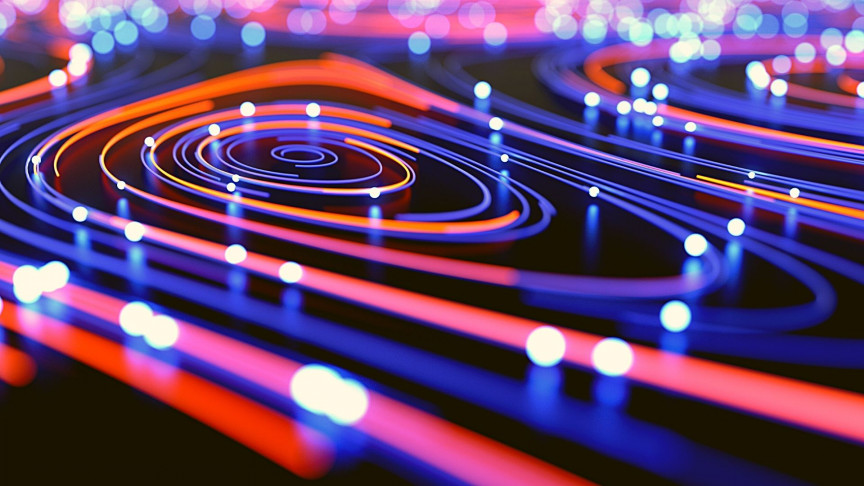 Blockchain, when paired with a type of AI, might meet fundamental criteria for life! This could be the beginning of a shift in scientific paradigms.

The most common observations in biological life forms might have a lot in common with computational systems, hinting at a new definition of life, according to a recent study published in the journal Origins of Life and Evolution of Biospheres.

And, while this might feel like a bizarre move, the technological revolution in AI, digital currency, and automated infrastructure of the coming years might simply escape our grasp without a fundamental shift in scientific paradigms.

There is some evidence that links the order witnessed in biological systems to computational ones, according to Senior Scientist Oleg Abramov of the Planetary Science Institute, which is partially funded by NASA's Habitable Worlds program. Abramov is also the lead author of the recent study. "A promising direction for future research [lies in the] development of mathematical theories that calculate how biological systems order themselves," he explained in a blog post on the institute's official website. Co-Authors Kirstin Bebell and Stephen Mojzsis, the latter of whom is director of a newly-established Origins Research Institute at the Research Center for Astronomy and Earth Sciences in Budapest, Hungary, also contributed to the recent paper, which emphasized a multidisciplinary approach to the notion of defining "life."

This included theory, modeling, and observations, with the former involving principles of self-organization and evolution throughout a wide spectrum of lifeforms. This enabled the authors to provide a tweaked definition of biological systems based on first principles, instead of cohesive consensus (which can be groundless, speaking logically). "This work presents observations of a blockchain-based distributed virtual machine (dVM) composed of thousands of nodes, or computers, which collectively function as a global general-purpose computer that, for practical purposes, cannot be turned off," explained Abramov, in the blog post. "Observations in this study demonstrate that such dVMs possess characteristics with biological systems. For example, our observations reveal a number of functional and structural similarities between the blockchain and DNA, a self-replicating molecule that is the genetic blueprint for all known life."

"The blockchain is an append-only data structure composed of subunits called blocks, which are permanently 'chained' together using advanced cryptography," explained Abramov. "In practice, it is an immutable medium which contains instructions in the form of computer code and is replicated across thousands of nodes much like DNA in cells." The paper also says blockchain-based systems, while not generally considered as lifeforms, nevertheless exhibit some properties of life. These include responding to the environment, growth, change, self-regulation, and replications. Conceptualizing these processes of self-sufficiency and self-organization to constitute an "organism," the researchers regarded this technology as an operationally closed system that could, at least in theory, satisfy all definitions of life. And blockchain isn't the only life-like technology, according to the researchers.

The fourth industrial revolution might require a new scientific paradigm

Artificial intelligence (AI) based on artificial neural networks (ANNs) might further enable this nascent reassessment of highly sophisticated computing technology as a form of life, read the blog post. These systems might even possess several crucial advantages over biological life, like a capacity to more efficiently pass down traits into offspring, in addition to extremely enhanced speed, accuracy, and redundancy of the genetic carrier. And, breaking with our carbon-based human lives, technological forms of life could enjoy a potentially unlimited lifespan (assuming the Earth isn't completely destroyed). "Public blockchain-based dVMs provide an uncontained environment for the development of artificial general intelligence, with the potential to self-direct their evolution," concluded the blog post from the Planetary Science Institute.

If life-like elements of the blockchain, which is similar in function to human DNA, are joined with ANN-based AI (which coordinates operations like a brain), the study authors suspect the creation of wholly new complex systems might be on the horizon. Systems that, on the most fundamental level of first principles and self-regulating order, might be indistinguishable from the biological life we study every day. This is an extremely unconventional study, which dodges some serious philosophical problems of defining life and consciousness by mostly altering the definition of the former. But, with an economy increasingly at the mercy of digital currencies and many industries becoming increasingly automated, reframing next-gen technologies with a broader scientific paradigm may, at least pragmatically, help the human race better grasp what the next industrial revolution is all about.