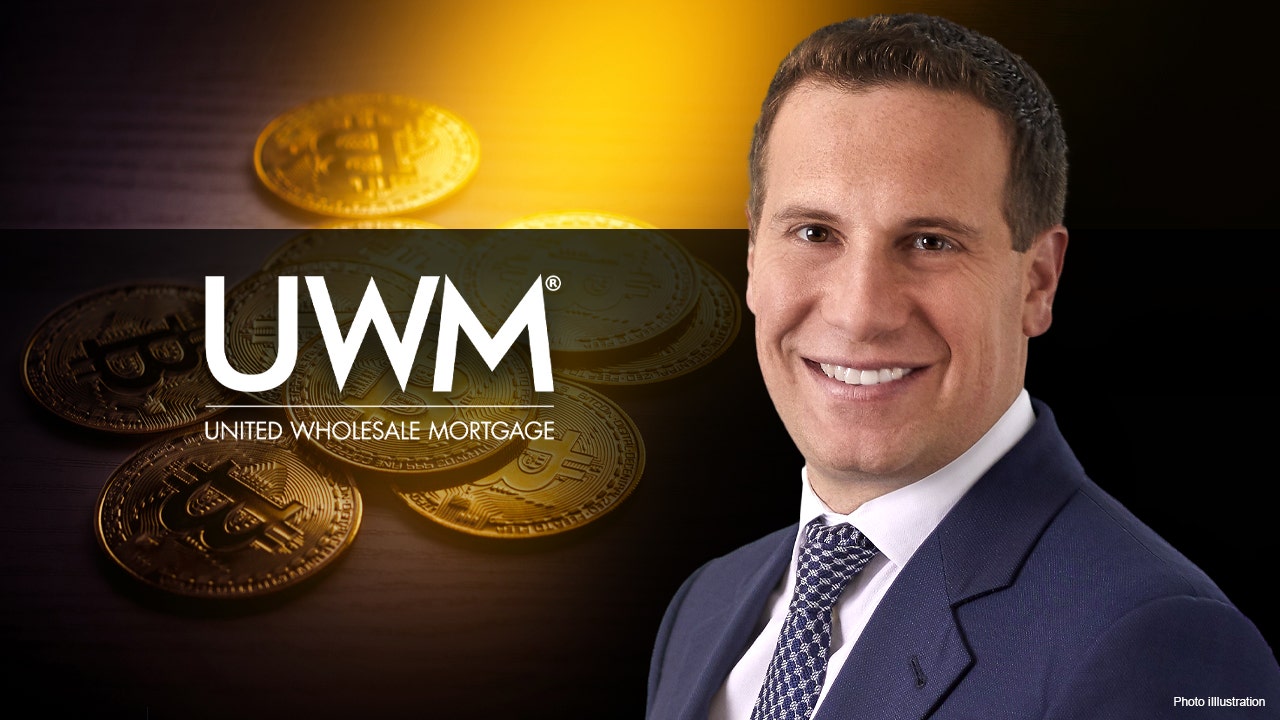 United Wholesale Mortgage CEO Mat Ishbia discussed his plans to accept Bitcoin and other cryptocurrencies as payment as soon as the third quarter on "Varney & Co." Wednesday, noting that the move won't create added risk for the company.

The second-largest mortgage lender in the country first announced its plans to accept cryptocurrency for mortgage loans last week during the company’s earnings call, Bitcoin.com reported.

"We’ve evaluated the feasibility, and we’re looking forward to being the first mortgage company in America to accept cryptocurrency to satisfy mortgage payments," Ishbia reportedly said during the call.

Speaking with Varney on Wednesday, Ishbia said United Wholesale Mortgage is not only going to accept Bitcoin, but is also looking into possibly accepting Ethereum and other cryptocurrencies as well.

He stressed, however, that "we’re not going to do every single coin."

"We’re going to do it the right way for consumers and for our business, and we think it’s a positive move in the right direction," Ishbia said.

Ishbia noted his company is not directly connected to customers but instead works with mortgage brokers to connect customers and loans.

"People do want this," he told Varney, adding that his company has been getting "a lot of requests" and even more since he made the announcement last week.

Ishbia said United Wholesale Mortgage is investigating how to implement cryptocurrency payments in "a safe and positive way for consumers," adding that the company is "partnering with regulators and agencies."

"Someone has got to lead the way," he said.

"We’ll get through it and then others can follow," he added. "It will be good for consumers at the end of the day."
Bitcoin prices rose past $50,000 earlier this week as adoption by corporations and the wider public gathers pace.

Ishbia explained United Wholesale Mortgage won’t hold on to the digital assets accepted as payment and is exploring how to immediately exchange the cryptocurrencies for cash.

"We’re not looking to be Bitcoin investors or hold on to it," he stressed, noting the company will not take on the extra risk.

"We’re not going through the process where we hold on to Bitcoin or Ethereum and all these different things," Ishbia said. "We’re a successful, profitable company. We don’t need extra risk on our balance sheet."

Demand for mortgage applications increased 1.6% in the past week, according to the Mortgage Bankers Association's (MBA) weekly survey.

MBA’s associate vice president of economic and industry forecasting, Joel Kan, attributed the slight decline in mortgage rates to the rise in COVID-19 cases in several states, which started "to dampen economic activity."

He noted that the 30-year fixed rate decreased for the first time in three weeks.

In April, Office space provider WeWork announced it will begin accepting payments for select cryptocurrencies and partner with Coinbase and Bitpay to facilitate transactions.

Two months later, Sheetz, a popular convenience store, announced it will use digital payment platform Flexa to allow customers to purchase store items or fill up their gas tanks using cryptocurrencies, including Bitcoin.