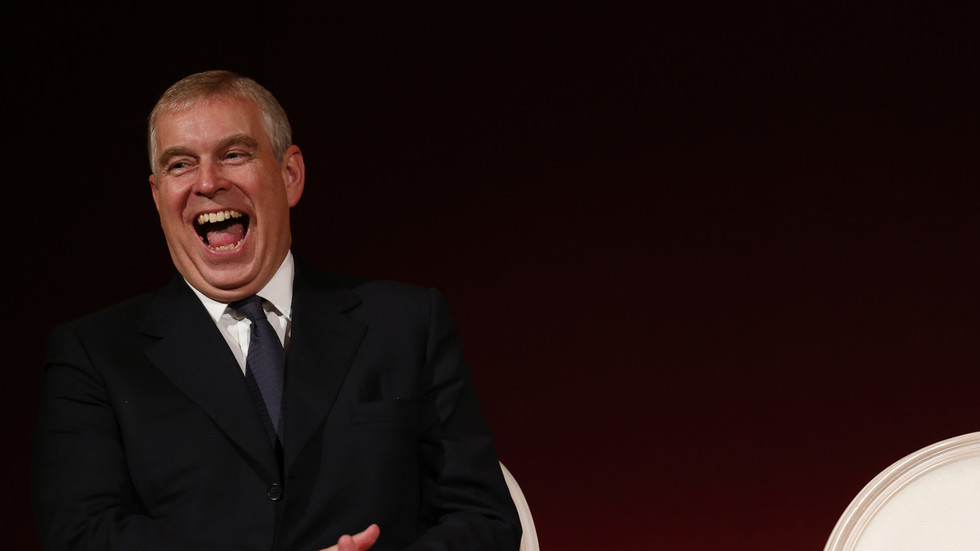 Sex offenders as usual: London police to take ‘no further action’ on sex abuse allegations against Prince Andrew after review

Police in the UK have dropped an investigation into allegations of sexual abuse against Prince Andrew, telling the British media that they decided not to proceed after studying a civil case filed by accuser Virginia Giuffre.

London’s Metropolitan Police announced that it had concluded its third review of the sexual abuse case involving Prince Andrew, and would be taking “no further action.”

“As a matter of procedure MPS officers reviewed a document released in August 2021 as part of a US civil action. This review has concluded and we are taking no further action,” the Met spokesperson said, as reported by The Sun.

The police were referring to a civil lawsuit filed by Guiffre, a US woman who has accused the Duke of York of abusing her three times, including at the London home of Ghislaine Maxwell, the alleged madam of convicted sex offender Jeffrey Epstein. An infamous photo showing Andrew’s arm on Guiffre’s waist was reportedly taken in the house.

Guiffre claims she was 17 when she was recruited by Epstein as part of his sex trafficking operation and was “trained as a sex slave” by Maxwell.

The royal has long denied that he had known Guiffre or has had sex with her, suggesting in a 2019 BBC interview that the photo of them posing together was fake.

The Met said it would continue to “liaise with other law enforcement agencies who lead the investigation into matters related to Jeffrey Epstein,” while not mentioning Prince Andrew by name.

The review was announced by Met chief Cressida Dick back in August, shortly after Guiffre filed her lawsuit in New York, seeking unspecified damages from Prince Andrew for sexual assault, battery, and emotional distress.

At the time, Dick said that while the police had already reviewed the Epstein case twice and decided not to investigate it, she asked officers to “have another look at the material.” “No-one is above the law,” the commissioner said.

The decision by London police not to proceed with the investigation into Prince Andrew comes amid reports that Scotland Yard interviewed Guiffre about the allegation she has made in the lawsuit. The Met has neither confirmed nor denied contacting the woman.

It comes as a New York judge gave Prince Andrew’s lawyers access to a sealed agreement struck between Epstein and Guiffre in 2009. The prince’s legal team insisted the deal prohibited Guiffre from suing anyone connected to Epstein, relieving the royal of “any and all potential liability.”

Guiffre’s side has argued that the agreement has no bearing on the current case.