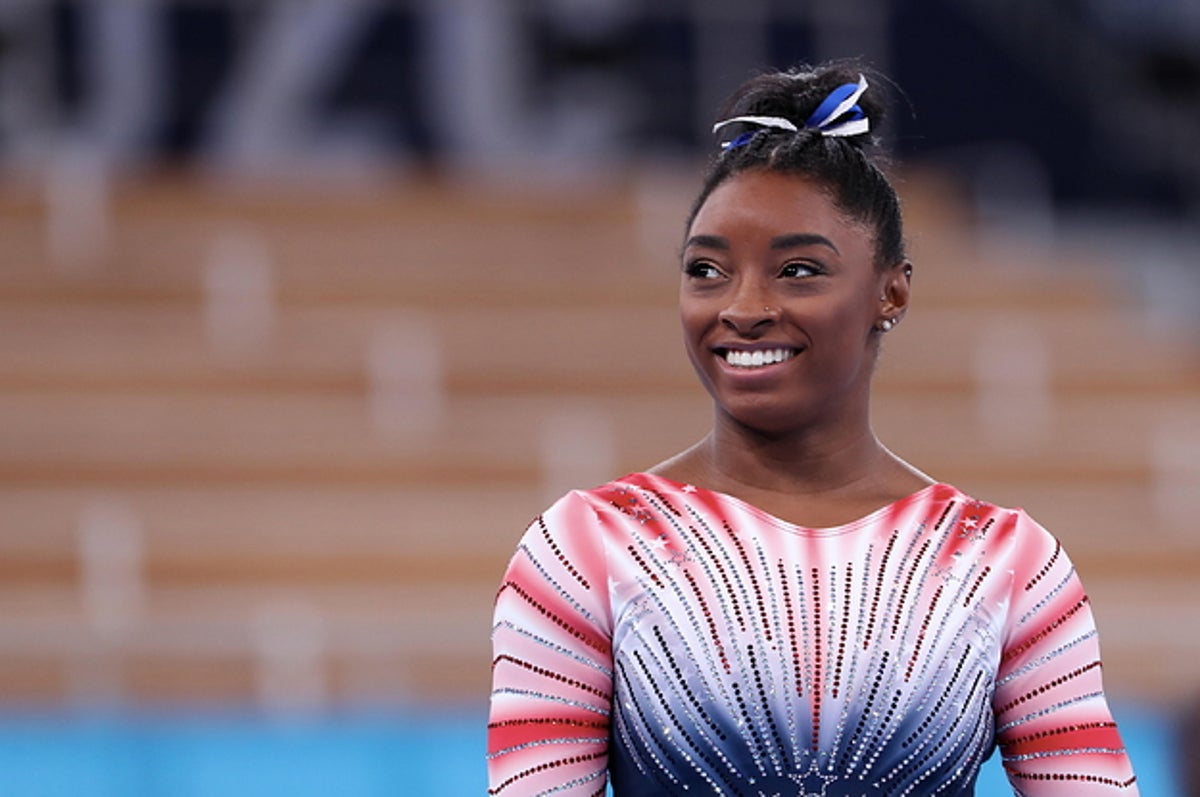 "To have mental health be talked about more in sports is really nice because at the end of the day, we are humans before athletes," Biles said.

Simone Biles said that her decision to withdraw from several events at the Olympics to focus on her mental health will likely go down as one of her "greatest accomplishments."

"The Olympics was not how I expected it to go, but putting my mental and my physical health first will probably be one of my greatest accomplishments," Biles said.

Speaking from his home in Delaware, the president congratulated the Olympic athletes for their performance. He also thanked them for representing the US in the Summer Games, saying they made him and the country proud.

"When you get knocked down by an opponent on track and you stop and go back and pick him up and walk to the finish line with him, c’mon. That’s what America’s supposed to be about," Biden said, referring to the moment US runner Isaiah Jewett and Nijel Amos of Botswana fell during the 800-meter race, then helped each other up and jogged to the finish line together. 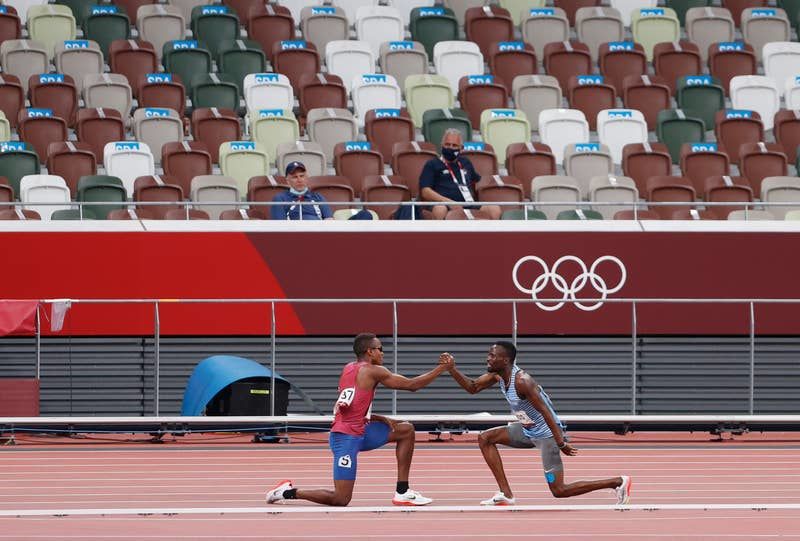 Isaiah Jewett of the US and Nijel Amos of Botswana

"You represented every single thing that we stand for," Biden added. "You really did."

The president also specifically called out swimmer Katie Ledecky and Biles for the courage they showed while under so much "psychological pressure."

Jewett and Biles then shared their reflections on the difficult moments they faced during the competition.

Biles, who left in the middle of the gymnastics team final and backed out of the individual all-around competition to focus on her mental health, said that earlier in her career, she would probably have been "too stubborn" to take a step back. The 24-year-old added that she was proud of the way her teammates handled her withdrawal during the team final.

"To have mental health be talked about more in sports is really nice because at the end of the day, we are humans before athletes," she said.

After missing several events, Biles — the most decorated gymnast in the world — returned to the competition Tuesday for the balance beam final and won the bronze medal.

Biden said Biles' choice to prioritize her mental health on the biggest stage in the world set an important example for so many people — not just athletes.

"And guess what? You got back up on that damn beam," the president said before joking about his own athleticism. "I tell you what — doing a flip on a 4-inch beam is my idea of going to purgatory. I'd try most anything else before I’d try that."