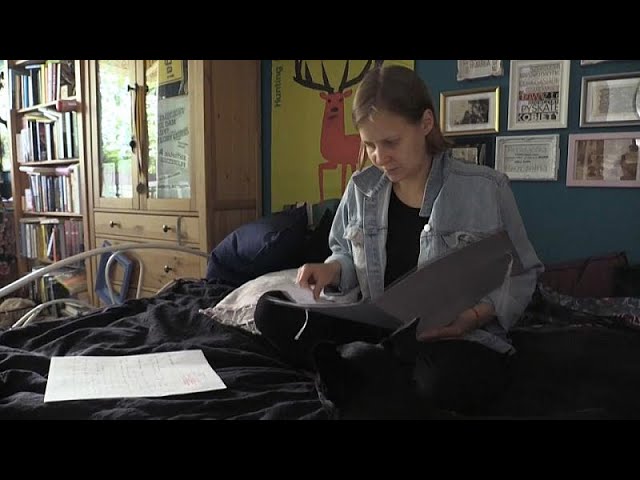 Campaigners say as many as 3,000 people have issued statements of apostasy this year - and that this is six times higher than last year.
In Poland, there's been anger at the Catholic Church over its support for a law effectively banning abortion.

Now more and more people are taking the step of preparing formal paperwork in order to leave the church, campaigners claim.

One such person is Ola Gosk, who is preparing to join a growing movement of apostasy. She's going to see a priest for final confirmation that she is no longer part of the church.

"I had a strong feeling that I would like to emphasise something symbolically,” she says. “And let the world - even a microworld such as my own, single parish – know that for me it is unacceptable what is happening."

Ola takes the paperwork to the priest and, after a short meeting, it's all official. She's out.

Religious officials in Poland say many of those leaving the Church were not particularly religious in the first place, but it isn't clear how many have gone.

“These are probably decisions from people who have not really been formally in the Catholic Church community for a long time,” says Piotr Pierzchała, director of the department of Catholic science in the Warsaw-Praga Diocese. “I myself can say that in the parish where I work, I had four such situations."

But campaigners say the numbers have soared. Krzysztof Gwizdała is owner of the website www.apostazja.eu.

He says as many as 3,000 people have issued statements of apostasy this year - and that this is six times higher than last year.

He says the church is disguising the true number of apostates because the numbers aren't favourable.

"In 2020, according to the bishop of Krakow, there were about 450 of these apostasies in his area,” he said. “In 2020, just on my website in the same period, 3,000 statements of apostasy were generated in the diocese of Krakow, and we need to remember there are more websites like mine with application forms ready for printing.

"In my opinion, the church will not give the real number of people that have committed apostasy, because it is not in its favour."