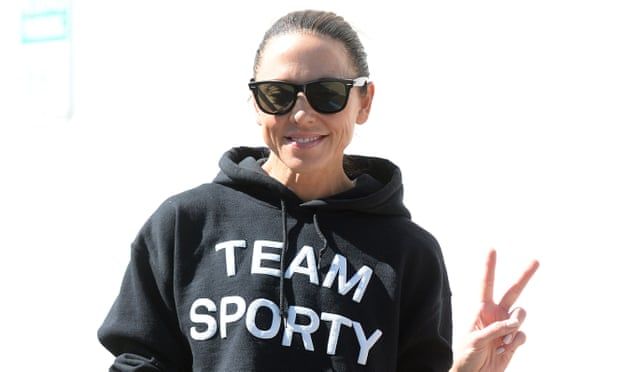 Melanie Chisholm, Boyzone’s Shane Lynch and S Club 7’s Hannah Spearritt latest to allege voicemail interception
A group of 1990s pop stars are among the latest individuals to launch phone-hacking cases against Rupert Murdoch’s media empire, as the scandal that has dogged the company for more than 15 years continues to rumble on at the high court.

Melanie Chisholm from the Spice Girls, Shane Lynch from Boyzone, Hannah Spearritt from S Club 7, and Steps’s Ian Watkins and Lee Latchford-Evans have recently filed claims against the company.

The cases are a reminder that, even as Murdoch attempts to revive his reputation in the UK with the launch of his national television channel talkTV, his business is continuing to pay out millions of pounds a year to settle historical cases of illegal voicemail interception.

The company is also embroiled in a phone-hacking case brought by Prince Harry, who has alleged that his voicemails were targeted by the Sun and News of the World. Murdoch’s lawyers have accepted that Harry’s phone was hacked by reporters at the News of the World, but say he was made aware of this in 2006, meaning he has missed the six-year statute of limitations on bringing such cases. They deny allegations that his phone was targeted by reporters working for the Sun.

Murdoch’s decision to hire Piers Morgan as the lead presenter of talkTV will also refocus attention on the use of phone hacking when Morgan was editor of the Mirror. Phone hacking was widely practised by Mirror reporters during this era, and Morgan has previously discussed listening to voicemails left by Sir Paul McCartney. However, he has always strongly denied any personal involvement or knowledge of illegal information-gathering.

The new cases by the 1990s pop stars have been filed against Murdoch’s News Group Newspapers subsidiary, the legal owner of the Sun and the now defunct News of the World. Murdoch has burnt through hundreds of millions of pounds in legal fees over the last decade settling similar cases. This has ensured that claims are not tested in potentially embarrassing public trials.

News UK declined to comment on the latest cases.

Despite repeated claims in court hearings that phone hacking was widely used at the Sun, the company has repeatedly insisted that the practice did not take place at the daily tabloid. Even settlements that are made specifically in relation to allegations of wrongdoing at the Sun are usually accompanied by a statement from News UK insisting that such hacking was limited to the News of the World.

However, the Lib Dem MP Simon Hughes recently won a case explicitly relating to articles published by the Sun during the editorship of Rebekah Brooks, who is now in charge of all Murdoch’s British media outlets. Asked about Brooks’ involvement in the story, Hughes said outside court that he would not name names, but “it is clear from all I have seen that it went to the top of the Sun”.