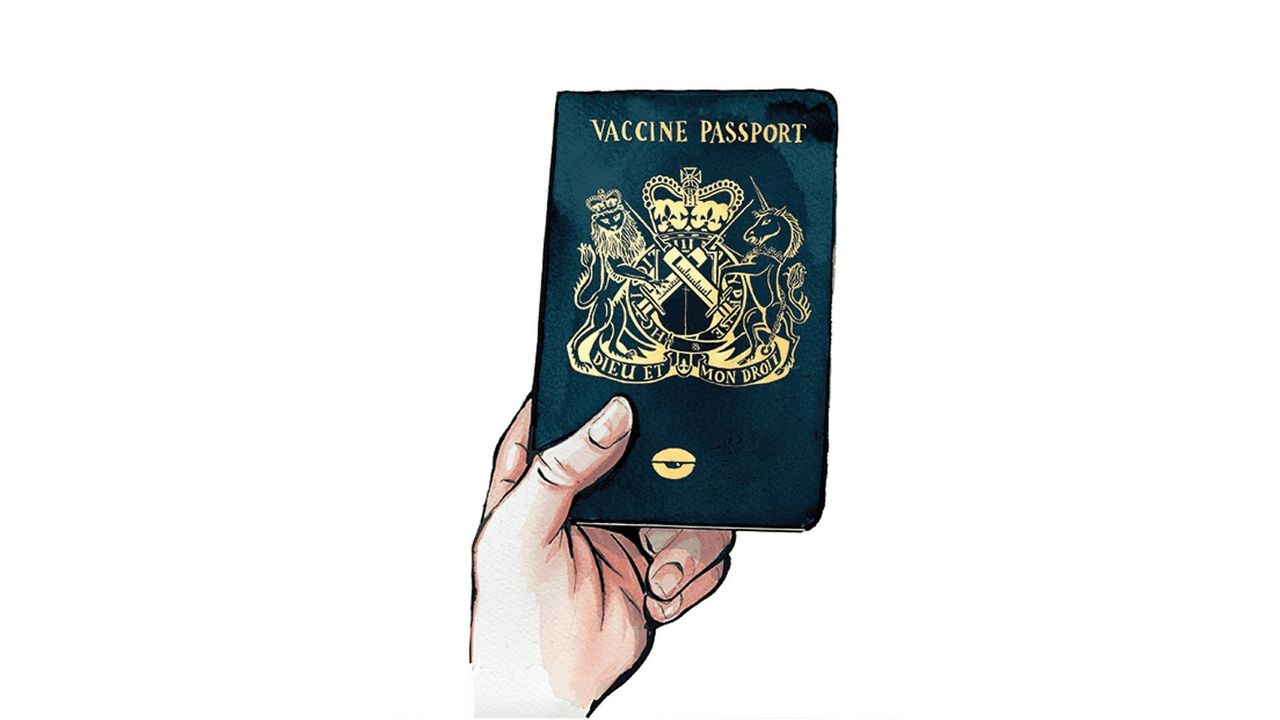 Nicola Sturgeon wants to extend vaccine passports in Scotland, and today her government released a 70-page document purporting to show evidence. The snag? There’s not a shred of evidence to show that her vaccine passports are having any effect.

To suppress the virus further we are now faced with a choice. This is to limit social contacts and the risk of infection by limiting social contacts by closing venues, limiting group sizes and advising people not to meet each other. Alternatively we can enable people to meet up in a lower risk way by using certification to reduce the risk that an infectious person will be present in a higher risk setting.

John Swinney, Sturgeon’s deputy, claims that the “vaccine certification scheme is working well". But the report itself offers no evidence whatsoever to back up this assertion. It actually admits that:

“Vaccine uptake has slightly increased since the scheme was announced, although it is not possible to directly attribute rises to the introduction of certification.

Yes, Scotand’s vaccine uptake rose. But strip out kids and we see it rising at a slower rate than England — where, of course, there are no vaccine passports. The report figures from 1 September when it was announced that Scots would need vaccine passports to visit nightclubs, events with more than 500 people indoors or more than 4,000 outdoors and in “sexual entertainment venues”. This took effect on 18 October.

In summary, the document:

1. Admits that vaccine takeup has been the same in Scotland and England, even though England has had no vaccine passports. “The rate of overall increase in first and second doses, has been similar across 4 UK nations.” Quite.

2. Fiddles Scottish figures by including schoolchildren (who are exempt from vaccine passport mandate).“The proportion of those aged 12+ with a first dose rose from 86.0% to 90.5%. The proportion of those aged 12+ with a second dose rose from 77.6% to 82.2%.” Why include figures for children when the passports don’t apply to them? In any event, the 4.6-point rise in Scotland is almost identical to the 4.3-point rise in England: both rises reflect that vaccines were being made available to kids for the first time. Scotland made slightly faster progress with kids.

3. The figure that matters is the first vaccine dose for adults which rose from 91.3 per cent to 92.6 per cent in Scotland over the relevant period, a statistically insignificant 1.3-point rise. In England it rose 1.6 points: from 88.8 per cent to 90.4 per cent. Which, if anything, would suggest that mandating vaccines puts people off the idea. (This is Chris Whitty’s private advice to Sajid Javid: that vaccine passports will get people’s backs up, so are counterproductive when vaccinations are already at such a high level).

4. Admits to the burden that passports place on companies. “Businesses will incur increased costs if certification is expanded.” A recent survey of hospitality businesses found three-quarters would not survive passports without state financial support.

5. Suggests that vaccine passports might heighten awareness of Covid “Including a wider range of settings may also lead to a better understanding of the fact that the pandemic is still with us and continues to present a current threat.” This is, of course, a hypothesis rather than evidence.

6. Presents Scots with a false choice between more restrictions or vaccine passports. “But to suppress the virus further we are now faced with a choice. This is to limit social contacts and the risk of infection by limiting social contacts by closing venues, limiting group sizes and advising people not to meet each other. Alternatively we can enable people to meet up in a lower risk way by using certification to reduce the risk that an infectious person will be present in a higher risk setting”. What about following England, where things seem to be going pretty well?

7. Strikingly, no mention of disparity in vaccine uptake amongst socioeconomic and ethnic groups. A major factor in the vaccine passport argument is that it entrenches already-existing divisions. This is true for England, but an Audit Scotland report showed it’s also true for Scotland — at the end of the summer 12 per cent of white Scots were unvaccinated compared to 33 per cent of black Scots. This information was excluded from Sturgeon’s document, presumably due to lack of space. Here is the relevant chart, for reference:- 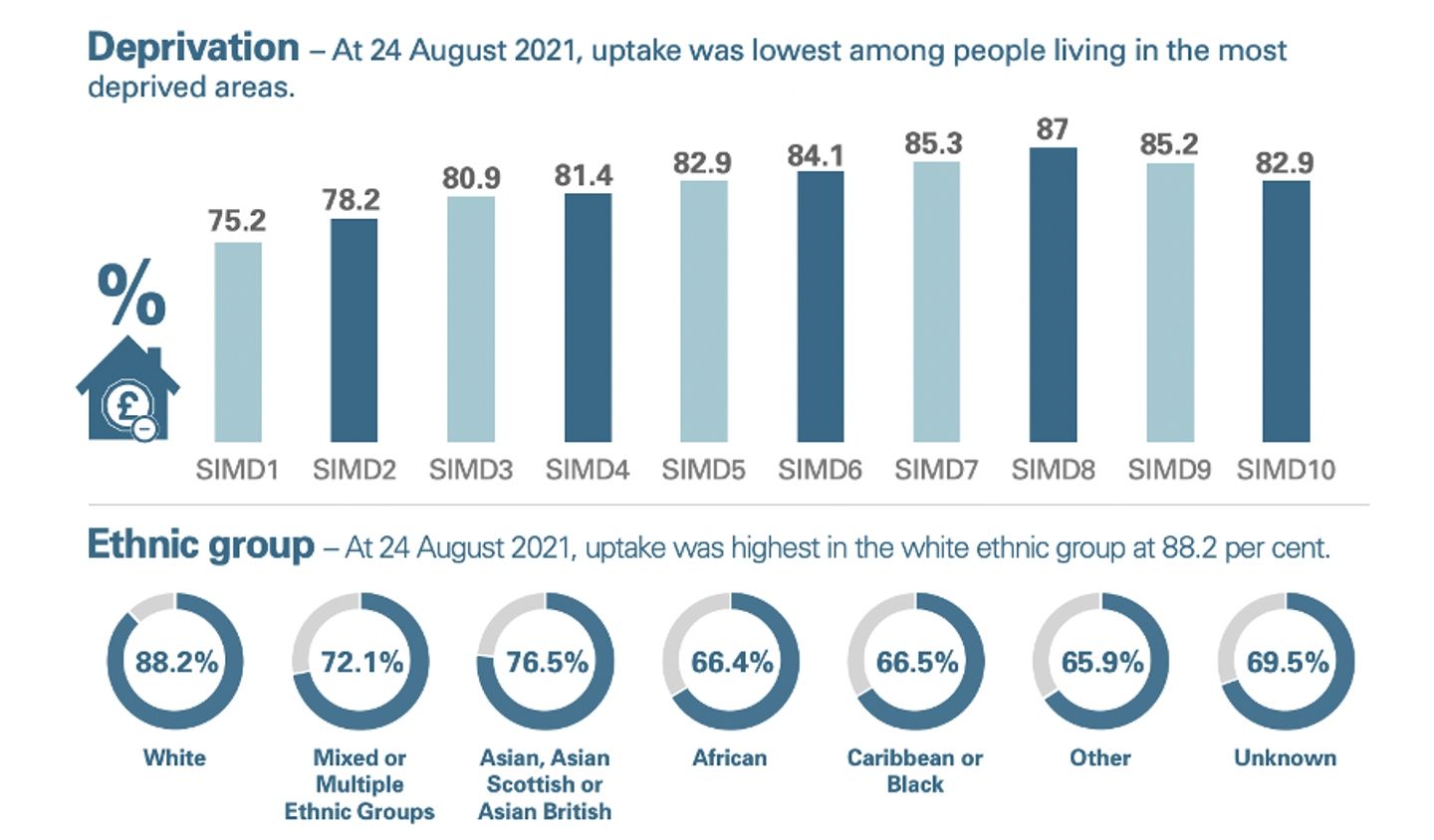 The document presents a false choice between lockdown style restrictions like the rule-of-six and vaccine passports. It doesn’t even consider England’s do-neither approach even though Covid rates are identical. Helpfully for ministers — and a sign the decisions been made — the ‘independent’ scientific advisors have already been sent out to Channel 4 News and BBC Scotland to call for more restrictions.

For a document with ‘evidence’ in the title you wouldn’t expect such a reliance on literature reviews, international comment, selectively quoted Sage minutes and stats that don’t support the central argument.