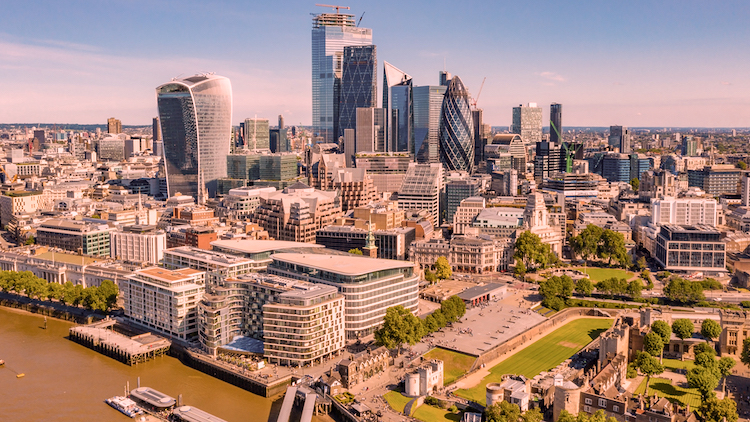 According to a recent Coinbase survey, cryptocurrency-backed loans is a “very interesting” option for more than half of British residents.

51% of British adults said they are “very interested” in taking out a loan using digital asset holdings as a guarantee instead of traditional methods, a Coinbase research reveals. 39% of the participants said that they are willing to use cryptocurrencies to send and receive money in international transactions as well.

The British Keen to Adopt Crypto for Transactions
According to Coinbase conducted survey among thousands of British residents, the British have significantly increased their interest in using digital assets. Per the results, more than half of the respondents (51%) described the option of taking a crypto-backed loan as “very interesting.”

Marcus Hughes, the managing director of Coinbase Europe, commented on the results:

“We can see that the attitudes of British consumers towards cryptocurrency have transformed significantly in the last few years. With many now considering adopting cryptocurrency as an alternative method to execute traditional banking functions including transactions and loans.”

39% of Brits said they want to use virtual currencies to transfer money abroad and receive funds from relatives who do not reside in the United Kingdom.

Out of those who have already invested in the crypto market, 41% revealed that their main motivation to do so was to gain profits in the long term.

Hughes further mentioned that 1.3 million people of the UK adult population remain unbanked. According to him, cryptocurrencies can “remove barriers for users to access capital in a safe and secure manner.”

Crypto Increasing Popularity in The UK
According to another recent survey by the Financial Conduct Authority (FCA) of UK, 78% of residents of the island nation have heard of virtual currencies. Moreover, 2.3 million are hodlers which represents 4.4% of the population. The percentage from last year was 3.9%.

The British citizens also invested more in the digital asset market and pushed the median holding from £260 ($361) in 2020 to £300 ($417) this year. The research determined that most crypto investors are male, wealthy, over 35, and with excellent educational levels.

There is a significant drop in the number of people who consider the market as a gamble. Nearly half of the surveyed (47%) shared these thoughts in 2020, while 38% of the Brits opined so now.

Nonetheless, the overall understanding of digital assets among the UK population has declined. The FCA warned that this lack of basic knowledge could turn to be very risky:

“Some crypto users may not fully understand what they are buying.”