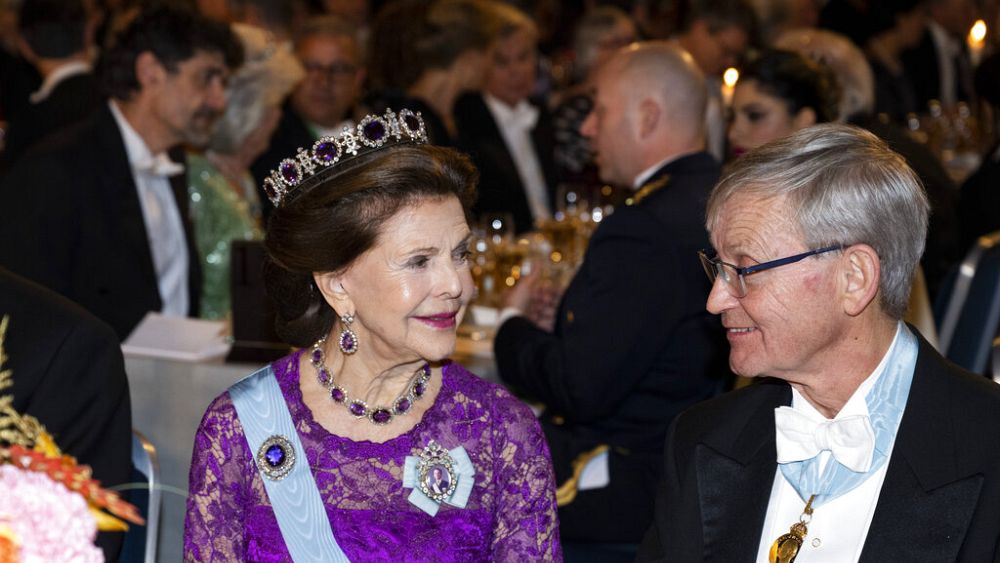 Swedish royals and guests mingle at Nobel banquet in Stockholm

A lavish banquet was held in honour of the Nobel prize winners at Stockholm's city hall on Saturday night.
Around 1,500 guests were invited to the event, including 30 previous laureates from the past three years.

Members of Sweden's royal family were also in attendance.

The festivities followed the Nobel prize award ceremony in the capital's concert hall, the first one in three years because of the COVID-19 pandemic.

The diners were treated to speeches by this year's winner, including French physicist Alain Aspect and American chemist Carolyn Bertozzi.

“Do you have a permanent position?” Aspect said.

“These were the first words of John Bell in 1975 when I finished describing the scheme of the experiment I was planning.

"He explained that working on a test of the inequalities he had discovered would be considered a waste of time, or even crackpot physics, as John Clauser knows quite well.

"But when I told him that I had a tenure position, he encouraged me to pursue a project that would address the core of Einstein’s world views.

"Bell had demonstrated that one can settle a long-standing debate between Albert Einstein and Niels Bohr about the interpretation of the formalism of quantum mechanics experimentally.”

In Olso, a traditional torchlight precession greeted the laureates of the Nobel Peace Prize. Some attendees reflected on the nationalities of this year's winners, who are from Belarus, Russia and Ukraine.

"It is very powerful to hear how they live in Ukraine now. Very powerful to hear Belarusians talk about friends and colleagues who are imprisoned. We can do this without risking anything. It cannot be done in either Russia, Belarus or Ukraine," said one participant, Anne Marit.

The torchlight procession started at Jernbanetorget in Norway's capital and ended outside the Grand Hotell on Karl Johan, where the Peace Prize laureates came out onto the balcony to wave to the crowd.
#COVID-19  #Covid