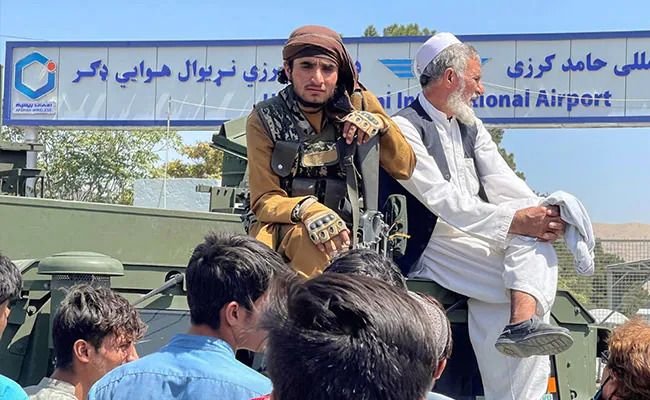 The Da Afghanistan Bank (DAB) had around $9 billion in reserves, but most of that is held in banks overseas, out of reach of the Taliban, DAB governor Ajmal Ahmady said on Twitter.

Despite its swift takeover of the government in Afghanistan, the Taliban will not have access to most of the nation's cash and gold stocks, the central bank chief said Wednesday.

The Da Afghanistan Bank (DAB) had around $9 billion in reserves, but most of that is held in banks overseas, out of reach of the Taliban, DAB governor Ajmal Ahmady said on Twitter.

"As per international standards, most assets are held in safe, liquid assets such as Treasuries and gold," said Ahmady, who fled the country on Sunday, fearing for his safety as the Taliban swept into the capital.

A US administration official told AFP on Monday that "any central bank assets the Afghan government have in the United States will not be made available to the Taliban."

Ahmady said the US Federal Reserve holds $7 billion of the country's reserves, including $1.2 billion in gold, while the rest is held in international accounts including the Basel-based Bank for International Settlements.

Amid reports the Taliban were quizzing central bank staff on the location of the assets, he said, "If this is true -- it is clear they urgently need to add an economist on their team."

He repeated that Washington on Friday cut off cash shipments to the country as the security situation deteriorated, which may have fueled reports the Taliban stole the reserves since the country's banks could not return dollars to account holders.

"Please note that in no way were Afghanistan's international reserves ever compromised," and are held in accounts that are "easily audited," Ahmady said.

No SDRs for Kabul?

In addition to freezing assets, the United States could also block aid to Afghanistan from multilateral lenders like the IMF and World Bank, as it has with other regimes it does not recognize, such as Venezuela.

The IMF is set to distribute 650 billion in Special Drawing Rights (SDR) on August 23 to all eligible members, of which Afghanistan's share was valued at about $340 million, Ahmady said.

"Not sure if that allocation will now proceed with respect to Afghanistan," he tweeted.

The IMF has not responded to AFP's request for comment on the country's status.

However, a person familiar with the process said the management of the Washington-based crisis lender believes aid could be halted if a critical mass of member governments fail to recognize the new regime.

But there is still significant uncertainty about the status.

The IMF in June released the latest installment of a $370 million loan to Afghanistan approved in November to help support the economy amid the Covid-19 pandemic.

The World Bank has more than two dozen development projects ongoing in the country and has provided $5.3 billion since 2002, mostly in grants.

Meanwhile, Western Union announced Wednesday it was temporarily cutting off wire transfers to the country -- another vital source of cash for the people.