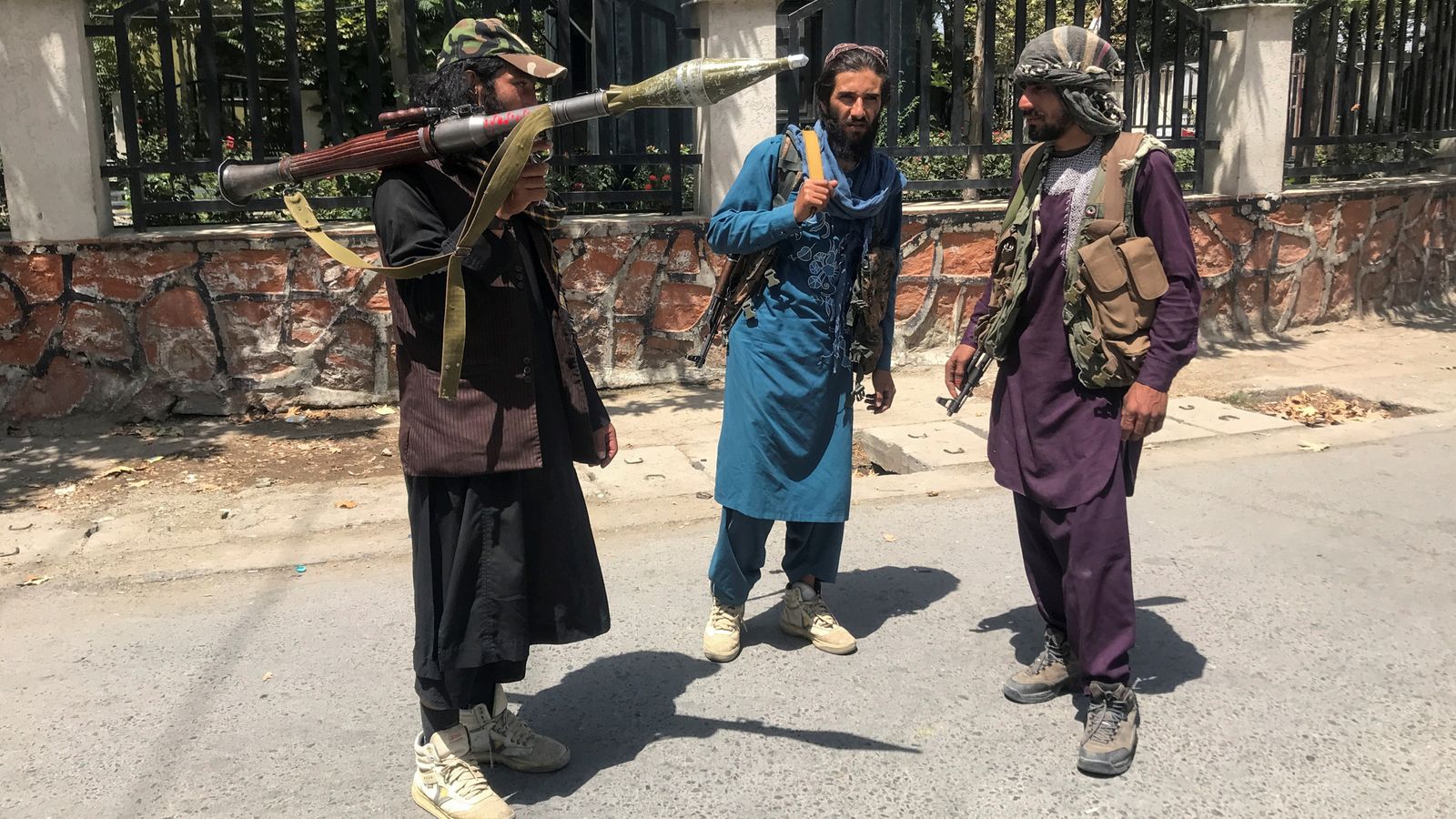 Taliban to remain banned on Facebook, despite taking power in Afghanistan

Facebook has stated that the Taliban has been designated a Dangerous Organisation under its own policies, although it is not designated a terror organisation by the US state department, as it is under sanctions from the US treasury.

Facebook has confirmed to Sky News that the Taliban will continue to be banned from operating Afghan government accounts on its platforms.

The militant group, which is considered a Dangerous Organisation under Facebook's policies, has in recent days swept to power in Afghanistan following the US withdrawal from the country.

The Taliban is not sanctioned as a terrorist organisation by the US State Department, nor is it proscribed by the UK or EU, although it has historically been sanctioned by Canada, Russia, and the United Arab Emirates.

However the organisation is considered a Specially Designated Global Terrorist (SDGT) entity by the US Treasury department, which means financial transactions with the group are prohibited.

It is not clear whether this designation will be upheld nor if Facebook could legitimately refuse the Taliban a governmental presence if its control of Afghanistan becomes internationally recognised.

"The Taliban is sanctioned as a terrorist organisation under US law and we have banned them from our services under our Dangerous Organisation policies," a Facebook spokesperson told Sky News.

The Taliban is not included on the State Department's list of sanctioned terrorist organisations, although Tehrik-e Taliban Pakistan, a separate organisation, is listed.

However the US Treasury has sanctioned the organisation as an SDGT entity which means that "any transaction or dealing by US persons or within the US... is prohibited" including "any contribution of funds, goods, or services".

How online is the Taliban?

Despite the low economic development of Afghanistan and the Taliban's ideological goal of strictly replicating the conditions of seventh-century Arabia, the organisation has historically been very active on the internet.

The Taliban launched its first website in 1998, according to Dr Neil Aggarwal, a cultural psychiatrist at Columbia University and author of the academic book The Taliban's Virtual Emirate.

Dr Aggarwal's book explains how the organisation's online presence has historically targeted different audiences within its sphere of influence.

This includes using multimedia content that differs across multiple languages, including English and Arabic for international audiences, Dari and Pashto for domestic ones, and Urdu as a regional intermediary.

The academic assesses that the Taliban's online communications, especially those directed at its domestic audience, have primarily been designed "to compete with the Afghan government" so the group "can be seen as a viable political alternative".

Facebook explained that its Dangerous Organisation designation "means we remove accounts maintained by or on behalf of the Taliban and prohibit praise, support, and representation of them".

The spokesperson said a dedicated team of Afghanistan experts "who are native Dari and Pashto speakers and have knowledge of local context" are monitoring developments.

"Facebook does not make decisions about the recognised government in any particular country but instead respects the authority of the international community in making these determinations.

"Regardless of who holds power, we will take the appropriate action against accounts and content that breaks our rules," the spokesperson added.

An account belonging to the Taliban, known by the supposed pseudonym Zabihullah Mujahid, has been active on Twitter since 2017.

The group launched an official YouTube channel called Istiqlal Media in 2009 although this channel has since been removed.

A spokesperson for Google did not respond to Sky News' enquiries about the company's policies towards the group.