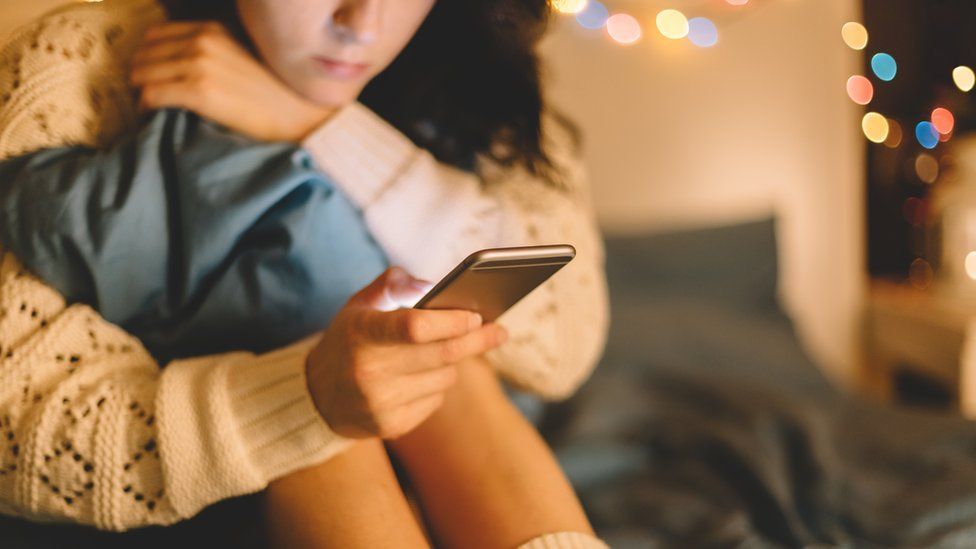 If passed, the government's online safety bill could see social networks fined 10% of their global turnover if they fail to remove harmful content.

The changes mean they will also have to proactively remove harmful content.

Now they will also have to put in place proactive measures to stop illegal activity.

Speaking to BBC Breakfast, she said: "They can start doing what they need to do to remove those harmful algorithms and to remove much of the damage that they do, particularly to young people and to society as a whole."

The minister added the move would "hold the feet to the fire" of social media companies that have "damaged lives" and hold them to account for the first time.

Judy Thomas, whose daughter Frankie took her own life aged 15 in September 2018, said her school tablet and computer had been used to access distressing material in the hours and months before her death.

Ms Thomas called for mandatory age verification to protect children online and said all websites should be included in the scope of the bill, rather than just larger platforms.

"We need to ensure young people simply cannot access online harms, and that if companies do the wrong thing... that there is a real price to pay," she said.

Ms Thomas added these penalties must not just be financial, as many businesses could "absorb that easily", but the heads of these firms must also be "held to account".

The big technology companies say they welcome the "clarity" that the online safety bill brings and that they recognise the need for regulation.

They have, in many cases, not waited for governments to step in and they have invested in tech such as machine learning in order to identify harmful content at scale.

However, while many say the bill does not go far enough, social media businesses point to free speech issues.

They say they want to ensure that new rules don't stifle people's access to information by causing companies to "over-moderate" by removing too much content, in order to comply with them.

The vast scope of the online safety bill means it will always have its critics.

But experts underline that its introduction will be nothing short of a revolution in how the online world is policed, and mean it will be a very different place for the next generation.

Asked about age verification, Ms Dorries said the government was looking at the idea, but said there was a "downside" to requiring all children to verify their age to access the internet.

"And young people go on to the internet to go shopping, you know, on clothes. Do we need to ensure that they verify their age when they're doing that?", she added.

The government confirmed offences to have been added to the list of priority offences, which must be removed by platforms under the changes, include:

*  The sale of illegal drugs or weapons

*  The promotion or facilitation of suicide

Previously, companies were only forced to take down these posts after they were reported - but will now be required to be proactive in preventing people from seeing them in the first place.

In addition, three new criminal offences have been added to the bill.

The first is sending "genuinely threatening communications" such as a threat to rape, kill or cause financial harm, or coercive and controlling behaviour and online stalking.

Sending "harmful communications", such as a domestic abuser sending an ex-partner a photograph of their front door to frighten them, is the second. However, offensive content with no intent to cause serious distress would not be illegal.

The final new offence is "knowingly false communications", which would cover messages deliberately sent to inflict harm", such as a hoax bomb threat.

The government said the bill would not prohibit "misinformation", such as a social media post promoting a fake coronavirus cure, as long as those spreading it were unaware what they were saying was false.