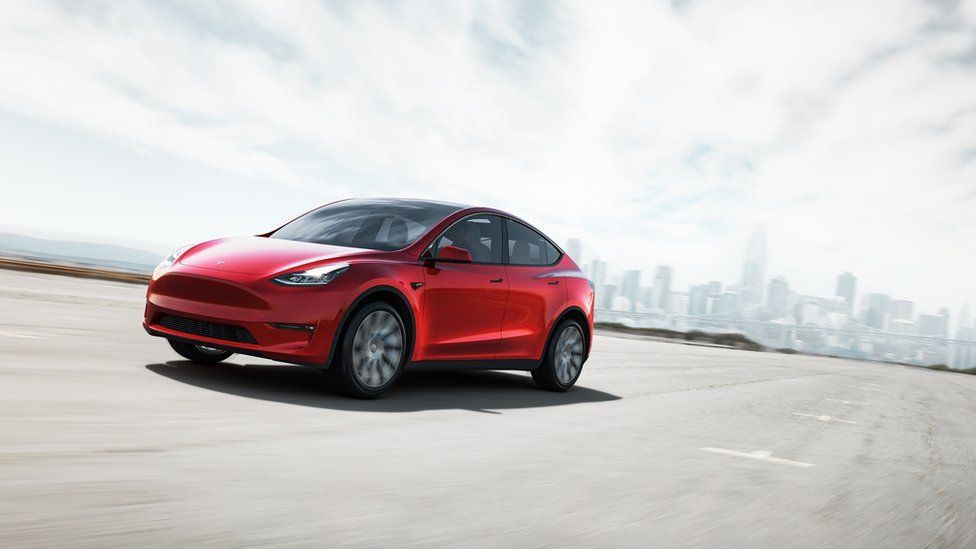 The electric carmaker said it delivered a record 200,000 cars to customers in the same period.

It added that public support for greener cars was greater than ever.

The company, led by billionaire entrepreneur Elon Musk, reported on Monday that profits soared off the back of strong sales.

Profits for the second three months of the year were $1.1bn, up from $104m last year, bolstered by sales of its cheaper Model 3 sedan and Model Y.

In an update to investors on Monday, Tesla said: "Public sentiment and support for electric vehicles seems to be at a never-before-seen inflection point.

"We continue to work hard to drive down costs and increase our rate of production to make electric vehicles accessible to as many people as possible."

Tesla added that how quickly it could produce cars throughout the rest of the year would depend on the supply of key parts of its vehicles, with demand at "record levels".

On a call with financial analysts on Monday, Mr Musk said: "At this point, I think everyone can agree, electric vehicles are the only way forward."

Mr Musk said during the call that the global chip shortage "remains quite serious" and manufacturing would hinge on this "slowest part of the supply chain".

He also described late-night calls with suppliers in an attempt to resolve shortages.

As a result, there were growing waiting times for Tesla cars, especially across Europe, the company said in its results.

It will look to start production at its new Berlin "gigafactory" as soon as possible. It has been plagued by delays, although the company bills it as "the most advanced high-volume electric vehicle production plant in the world".

It will ramp up the manufacturing of its cars at its California hub in the meantime.

Mr Musk was also reportedly seen visiting Luton earlier this year, sparking rumours he may be considering a Tesla factory in the UK. 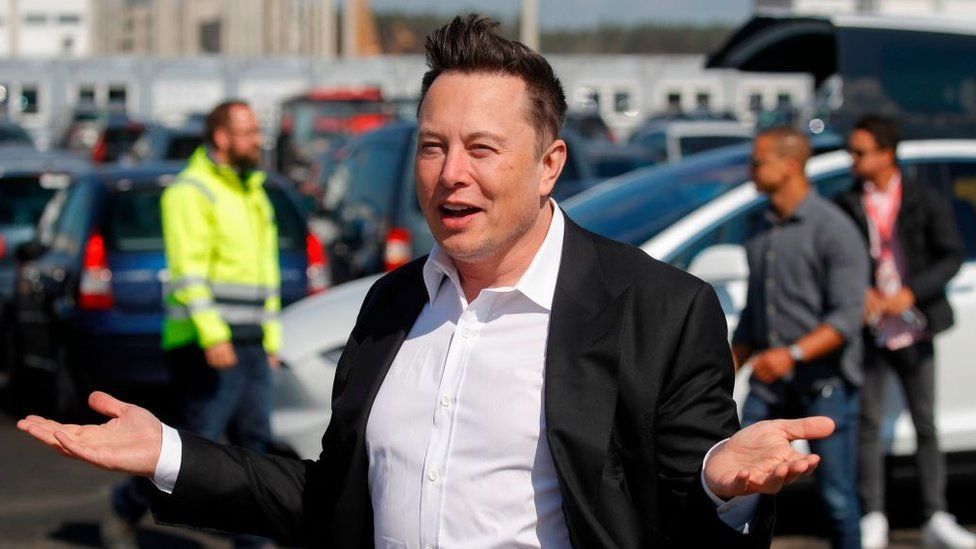 Other car giants such as Ford and General Motors have been forced to suspend production temporarily in some US factories, having been hit by the global shortage of semiconductors.

Profits at Tesla in the second quarter were also dented, however, by other items such as investments in the cryptocurrency Bitcoin.

It invested heavily in the digital currency previously. But it stopped taking Bitcoin as a form of payment earlier this year because of Mr Musk's concerns about the environmental impact of Bitcoin mining, which uses huge amounts of electricity.

The company reported a $23m loss on its Bitcoin investments on Monday, although its chief executive recently signalled it might accept it again in future.

Wedbush analyst Dan Ives said that this figure was, however, "much lower than many had feared".

He added that overall, the set of results marked a "step in the right direction" for the company, with "healthy" growth also seen in China, where Tesla began manufacturing last year.

Mr Ives did point out, however, that a big question for investors would be when the company would be able to hit profitability excluding the income it gets from reselling to other carmakers the credits that it earns for exceeding emissions and fuel standards.

Between April and the end of June, it saw $354m in revenues generated through the sale of such credits, down from $428m the same period a year before.