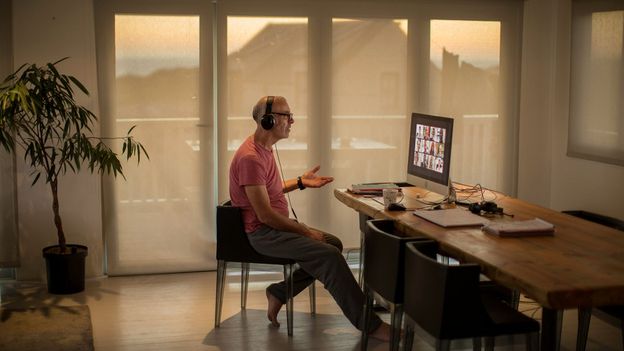 The case against hybrid work

We've hailed hybrid as the future. But there are powerful arguments against it as a working model.

It’s the model that’s being hailed as ‘the future of the work’. Hybrid is being viewed as a happy medium, combining working from home and going to the office – and it’s rapidly coming down the pike for industries worldwide.

But just how viable is it? We know it’s supposed to bring benefits, like more flexibility and autonomy for workers. We also know that it’s a working model that many employees want – some studies show that up to 83% of workers want to go hybrid after the pandemic. Yet, is it really something that we can pull off successfully? Just how numerous are the downsides – and what can we do to avoid them if we’re going to pull of the hybrid model successfully?

First, the potentially unwelcome truth is that not everyone can work a hybrid model – something that could lead to resentment across workforces.

“I am baffled by the extent to which hybrid working is presented as the ‘new normal’,” says Michael Smets, professor of management at University of Oxford. “For many, hybrid working will remain an elusive dream. It may become the new normal for a select, even privileged, group of jobs. This is more than a little reminiscent of the old division of ‘white collar’ and ‘blue collar’ work.”

According to Anu Madgavkar, a partner with the McKinsey Global Institute, who’s been researching the future of work, “around 50% to 60% of work across different occupations need to be done in a site-specific way”, where you have to be present at a certain place to do it. And even within the same office, some teams may have duties – like IT – that demand they come to the office full-time.

Companies are “wary about this ‘two-track’ culture”, says Madgavkar. After all, analysts say that splitting workers at home and in the office could create two separate, incohesive organisational cultures, in which one group feels more on the outs than the other within the company. 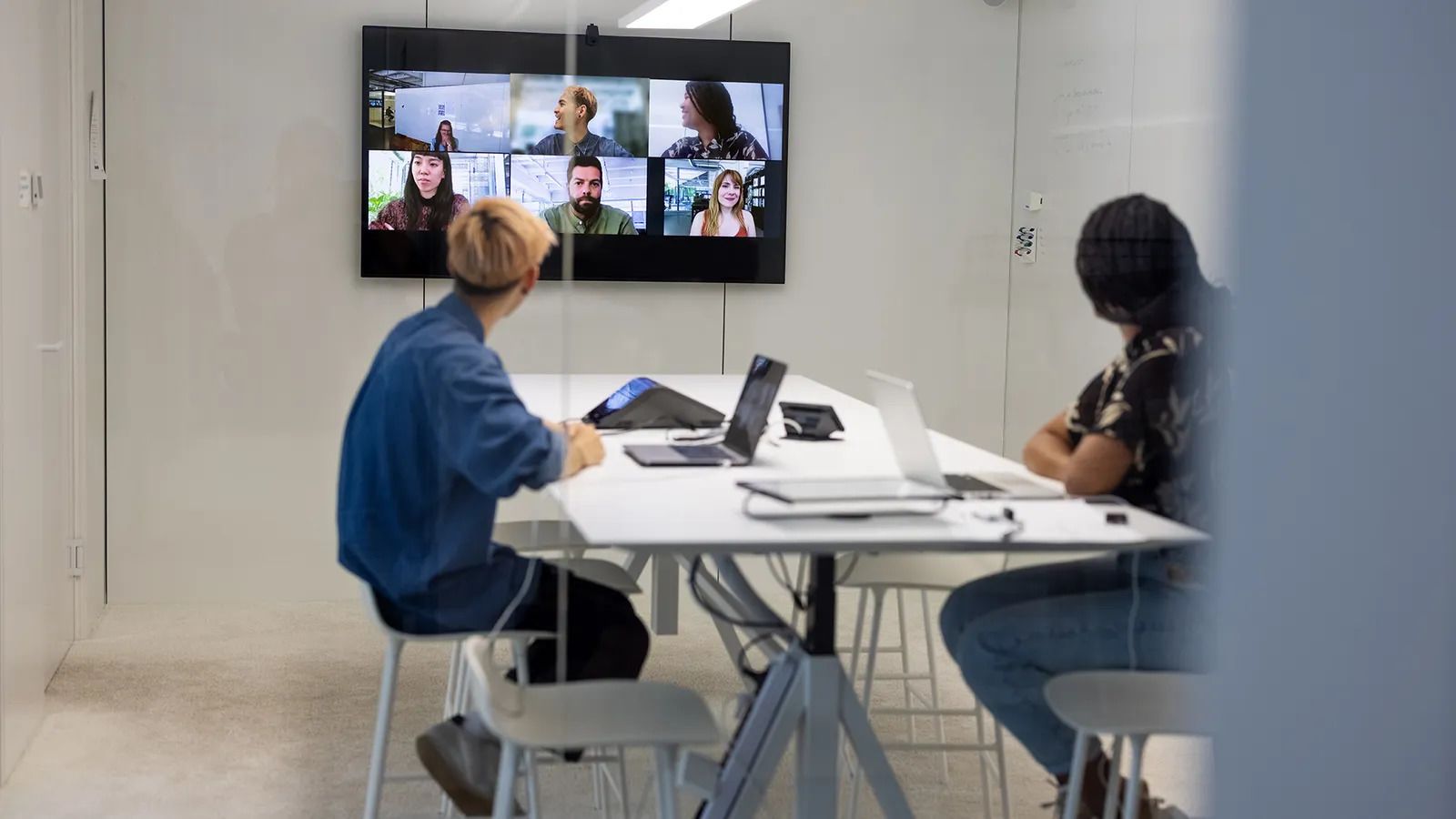 A mix of some team members working remotely and others in the office can lead to miscommunication, less collaboration and other problems, experts say

Next, there are some practicalities to consider.

Hybrid, for example, could involve extra costs. Madgavkar points to massive spikes in potential cybersecurity spending – “you have to scale up your investments on all sorts of data security”. That’s because hybrid working as been described as “a hacker’s dream”; many workers with many devices constantly coming and going through company networks.

Companies could also incur extra costs ensuring employees’ workstations are fit for purpose, because they may now be held responsible for workers’ home set-ups, as well as their office spots.

This could potentially be offset by downsizing on office real estate. If fewer people are coming in, offices can be smaller. One potential downside of this, however, is that employees might end up hotdesking, rather than having a dedicated, permanent spot. But employees could feel demoralised by a lack of personal space, plus transitioning between home and the office could feel harder if staff need to set up their workstation each time.

There are remedies for this; Madgavkar says she’s seen some companies begin to invest in ‘intelligent desks’ that can remember your settings like seat height every time you come in. But other experts warn that a switch to hotdesking could leave workers fighting for ‘good’ spots.

How to structure it?

Then there’s the fact that companies are trying out different forms of hybrid work.

Some are testing a casual hybrid system, allowing workers to decide when they want to come into the office. Others have asked workers to spend a certain number of days in the office each week, without specifying which days. But experts say that problems could arise if teams don’t coordinate their schedules. For example, if you come in on Tuesdays and Thursdays, but your teammates come in on Mondays and Wednesdays, everybody misses out on the greatest benefits of in-person office time.

Christoph Siemroth, a professor of economics at the University of Essex, who’s studied remote work and productivity, flags up possible communication issues if workers don’t coordinate their in-office days. Having a mix of at-home and in-office workers makes it harder to ensure team communications are distributed effectively; after all, if you’re having in-person consultations with some colleagues, it’s easy to forget to update remote colleagues with the same information via Slack or other virtual platforms.

That’s why managers need to have a strong, centralised system in place where resources, documents and up-to-date information can be accessed anytime, he says, though this could potentially cause more work for managers.

The social aspect is also a consideration. Experts say office time helps build deeper, more collaborative relationships with colleagues. Feeling disconnected from your team – either because you’re missing them in the office or you’re working from home – could potentially affect your job performance. For example, one 2020 survey of over 12,000 workers in the US, Germany and India showed that workers who felt less socially connected to their colleagues during the pandemic were less productive on collaborative tasks, compared to before the pandemic.

Those who might work at home more often could feel “cut out of the loop”, says Robert Pozen, senior lecturer at the Massachusetts Institute of Technology, whose research on hybrid working systems predates the pandemic. He strongly recommends that team members show up on the same day, so that even if the office is still half-empty, those with whom you work closely are physically in the room with you.

The perils of presenteeism

Another potential long-term issue is one of fairness. Presenteeism is a powerful force, and so there are legitimate concerns that in-person workers will benefit from more face time with managers, something that could feed into promotions and pay. “People who go into the office are more visible, they put in the time and the effort to come into the office, and bosses appreciate that,” says Siemroth.

Burnout and presenteeism are already rampant across organisations, and a hybrid model might make things worse as workers try to prove their commitment, either in person or from home. In fact, 54% of British workers reported feeling pressured to come into the office during the pandemic (even when officials told them to stay at home), while average working hours also increased by an extra 30 minutes during the pandemic as remote workers stayed logged on longer.

Smets, of Oxford University, believes that a system in which some workers can choose to show up more than others can create “artificial siloes and cliques”, meaning managers will have a fine line to tread. “Ensuring that biases are avoided, presenteeism is not rewarded and projects and promotions are awarded fairly will take some learning – and data. Building empathy for the situations under which staff work from home and building the trust to use these data responsibly is key.” 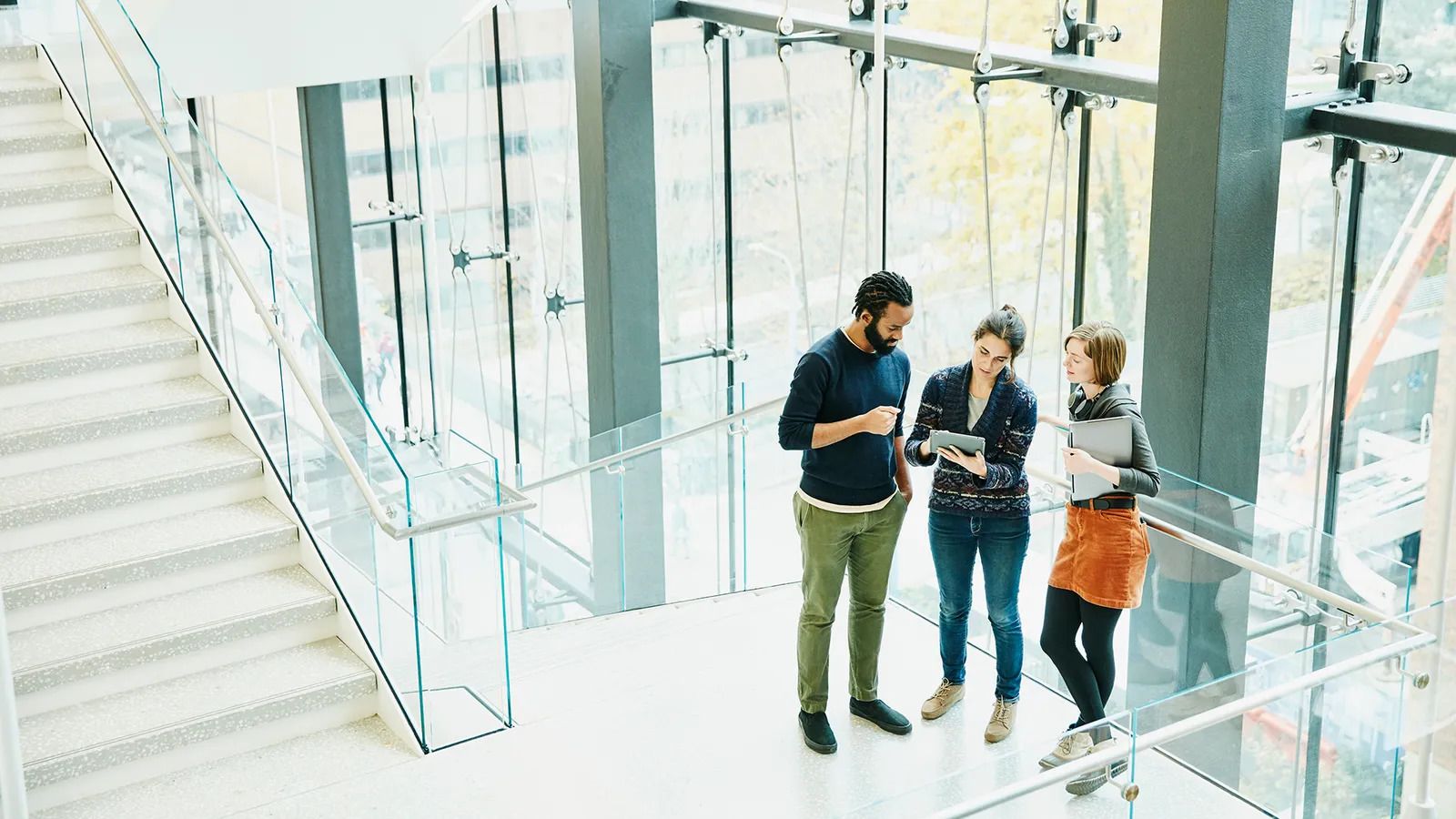 With a hybrid model, the team members who show up in the office may be perceived as harder workers, or build relationships in a way remote workers can't

Yet who shows up to the office and who doesn’t isn’t all about ambition. There will be groups of workers who, for legitimate reasons, prefer certain ways of working, potentially impacting on office dynamics.

For example, remote work can be a good option for parents who need professional flexibility to accommodate caring options. This is something that particularly impacts women, who take on a disproportionate share of household and childcare responsibilities. Given what we know about presenteeism, the fact that more women opt for home working, some experts warn, could lead to a situation where men significantly outnumber women in offices. “You wind up with a two-tiered system and begin to treat women as second-class citizens,” warns Pozen.

Young people are also a group who may have particular workplace needs. Statistics show that younger workers are far less likely to have a good home working set-up; UK workers aged 18 to 34 were twice as likely to work from their beds during the pandemic than older workers. They are also the group who have felt most adrift from colleagues and particularly managers during the pandemic, with many missing out on crucial mentorship during the early stages of their careers. Balancing their need to be in the office with other workers’ requirements could pose problems.

“We have a generation of young workers desperate to return to the office to escape unproductive work-at-home settings, overcome isolation and learn,” says Smets. “And we have senior staff who enjoy the comfort of their home offices and the absence of any commute. How are organisations going to bring everyone together?”

It’s also worth thinking about those workers who – for a variety of reasons – prefer working in the office. Smets suggests these workers “may feel an even more acute sense of isolation than they did at home, simply because they suddenly find themselves in vast open spaces or empty corridors deserted by their colleagues who are working from home”.

It’s still too early to tell just how things will go. But experts say that being anything less than extremely careful with how hybrid is structured and rolled out across companies could spell disaster.

“Done well, hybrid working has the potential to offer much-needed flexibility that allows more participation across a more diverse workforce,” says Smets. “Done badly, hybrid working can set back advances in workplace equality by years, if not decades.”