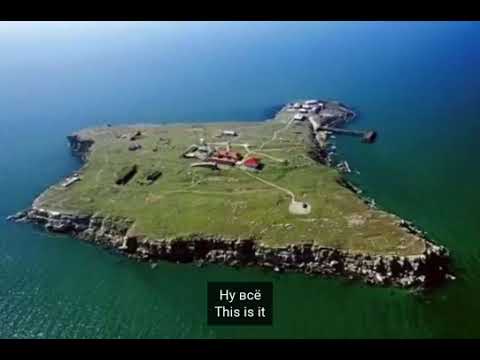 The ‘go fuck yourself’ Ukrainian soldiers on Snake Island are alive, navy says

All soldiers defending the island were believed to have been killed but are now said to be in Russian captivity.
Ukrainian soldiers who were defending Snake Island are “alive and well,” the Ukrainian navy announced Monday.

In a Facebook post, the navy said that the military personnel defending Snake Island, also known as Zmiinyi Island, in the Black Sea are alive and in Russian captivity. “We are very happy to learn that our brothers are alive and well,” the post said.

Snake Island is small but strategically important for the defense of Ukraine’s territorial waters and among its southernmost settlements. Russia destroyed the island’s infrastructure including lighthouses, towers, antennas and seized a civilian ship, the Facebook post said.

As a result, communication with the island was cut off. “Repeated attempts to contact the staff and find out their fate have been in vain. And the constant shelling by warships and aircraft of the Russian Federation has prevented us from delivering aid to the marines.”

Last week, in a display of defiance, a Ukrainian soldier told the Russian warship that came to attack them: “Go fuck yourself.”

Ukrainian President Volodymyr Zelenskyy had last week said that all soldiers defending the island had been killed. “All the defenders of Snake Island died, but they did not surrender,” Zelenskyy said in a video posted on Telegram.
#Facebook