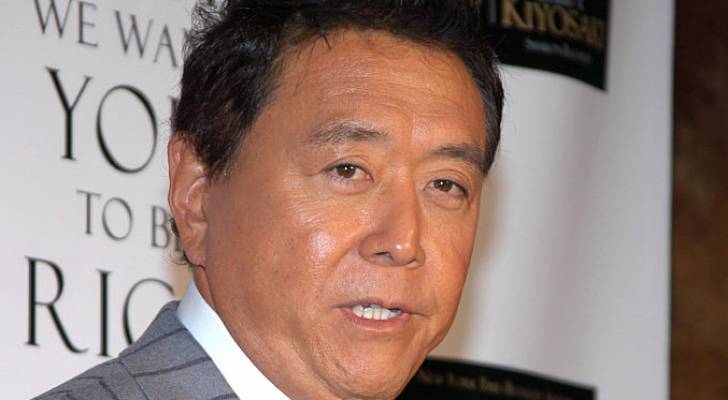 'The next global Lehman': Robert Kiyosaki just issued a dire warning about the current pension crisis, says 'fake money savers' will feel the most pain

Between the plunging markets and soaring inflation, 2022 wasn’t an easy year for retirees — or those nearing retirement. But according to Rich Dad Poor Dad author Robert Kiyosaki, this demographic could be facing another crisis.
Kiyosaki compared U.S. pensions to a bubble waiting to burst, calling them the “next global Lehman,” referring to the downfall of investment bank Lehman Brothers.

Lehman Brothers had assets of $691 billion when it filed for bankruptcy in September 2008, marking the largest corporate bankruptcy in U.S. history. And currently, U.S. state and local pension plans face an estimated $1.4 trillion shortfall.

So what should investors do in the face of an upcoming retirement crisis?

“People who own gold, silver, Bitcoin will get richer when Fed, Treasury, Wall Street pivot [and] print trillions of fake dollars,” Kiyosaki says.

“Fake money savers will be biggest losers. Don’t be a loser.”

Let’s take a closer look at these suggestions — and why you might want to take them seriously.

Precious metals — particularly gold and silver — have been a popular hedge against inflation and uncertainty. They can’t be printed out of thin air like fiat money and their value is largely unaffected by economic events around the world.

Kiyosaki has long been a fan of gold — he first purchased the yellow metal in 1972.

Kiyosaki likes silver, too. In fact, he recently tweeted “Silver best investment in Oct 2022” and “Everyone can afford $20 silver.”

To be sure, precious metals aren’t shooting through the roof. But they’ve demonstrated their resilience in this broad market selloff: the price of gold is down about 2% in 2022, while silver is up 1.2%.

While there are many ways to gain exposure to gold and silver, Kiyosaki prefers to just buy the metal directly. Earlier this year, he tweeted that he only wants “real gold or silver coins” and not ETFs.

The author also called silver “a bargain” recently. So it might be time to visit your local bullion shop.

Bitcoin investors have learned the hard way just how volatile it can be.

But Kiyosaki doesn’t seem bothered by the cryptocurrency’s downturn.

“BITCOIN? WORRIED? No,” he writes in a tweet last month. “I am a Bitcoin investor as I am an investor in physical gold, silver, & real estate.”

In fact, he sees the crypto mayhem as an opportunity.

Kiyosaki believes in bitcoin for the same reason he loves precious metals: a distrust in our fiat money system and the government.

These days, it’s very easy to tap into bitcoin: you can buy bitcoin directly. Just be aware that many exchanges charge up to 4% in commission fees just to buy and sell crypto. So look for investing apps that charge low or even zero commissions.