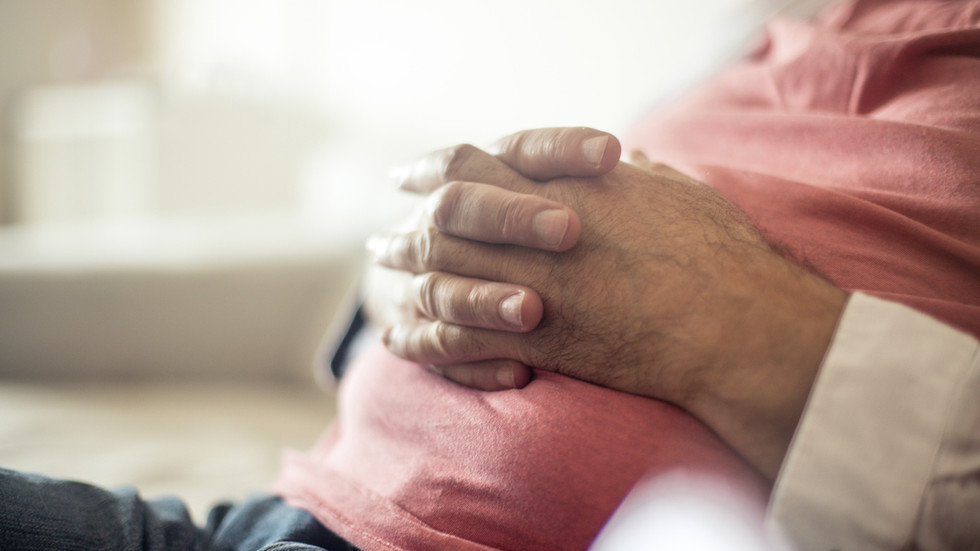 The US & UK are exporting their obesity epidemic across the world

As the populations of Britain and America get ever fatter, so are people in China and India – in part thanks to the wealth generated by the West’s insatiable appetite for their indolence-inducing consumer goods and tech.
When I was growing up in the ‘70s and ‘80s, “portly” people were a constant source of derision. Cartoon, children’s book and slapstick movie characters from Fat Albert to Fred Flintstone, PC Plod to Augustus Gloop, and Fatty Arbuckle to Oliver Hardy, were always portrayed as slow, dim-witted, inept, greedy and generally laughable characters. This pop culture mockery invariably treacled its way into the playground, where overweight kids who didn’t pack a punch would be ridiculed, bullied and routinely called “fatty,” “fatso,” and “big tub of lard.”

By the time the ‘90s and early noughties came around, stand-up comedians, Hollywood, and the body-conscious mainstream and social media viewed the overweight as tropes, stereotypes and plot devices. Some even argued that really fat people should pay for two airline tickets, given the inconvenience they cause. Ouch!

As racist, sexist and homophobic humour is now deemed un-PC, the “big boned” have become an easy target. Unlike being Irish, a woman, or gay, being fat is considered something you were born with and have no control over.

As Bill Burr jokes in his 2017 Netflix special, ‘Walk Your Way Out,’ “They’re not a race, they’re not a religion. It’s totally curable. Eat an apple and go for a walk, you know?”

But as fat shaming becomes publicly less acceptable, online bullying, sizeism, body dysmorphia, self-harm, anti-fat violence and data, nevertheless suggest that the sort of growth Westerners should be concerned about isn’t economic or demographic, but around their waistlines.

This week, the UK’sNational Health Service (NHS) revealed a record rise in nationwide child obesity. According to NHS Digital, in 2019 to 2020, 10 percent of children were obese at the start of primary school. In 2020 to 2021, the figure had jumped to 14 percent. By the end of primary school, it had climbed from 21 percent to over 25 percent. Obesity rates were twice as high in the UK’s poorest areas.

While experts claim that poverty, pandemic lockdowns and an increase in mental health problems are to blame, Britain has been piling on the pounds for years, making it the fattest country in Western Europe.In 1957, fewer than one in ten 11-year-olds were fat.The British Heart Foundation says that since the early 1990s, the proportion of obese people in the UK has almost doubled. Today, an estimated 28 percent of adults are obese, or classed as having a body mass index (BMI) of more than 30 – equivalent to more than 15 million adults out of a population of 65 million – while 64 percent of Brits have a BMI over the recommended threshold of 25. That the adult population’s collective anatomy is ballooning is one thing; but a quarter of primary school kids being obese is a sad indictment on British culture.

In England and Scotland, obesity is now said to be abigger killer than smoking, thanks to its contribution to cancer and cardiovascular disease. It now accounts for aboutone in 10 deaths in Britain and costs the NHS around £4.2 billion a year. According to the Royal Society for Public Health, “without urgent and radical action, this will rise to £10 billion a year by 2050.”

Across the pond in America, unsurprisingly, the picture is no better. In fact, it’s frighteningly far worse.

According to the Centers for Disease Control and Prevention latest figures, from 1999 to 2000 through to 2017 to 2018, US obesity prevalence increased from 30.5 percent to 42.4 percent. During the same period, severe obesity increased from 4.7 percent to 9.2 percent.

Having worked in Mississippi, which holds the dubious honour of being the “fattest state in the Union,” I’ve seen first-hand how poverty, poor diet, and laziness contribute to obesity. But, legitimate medical factors aside, I’ve also seen how identity politics, greed, depression, and a multi-billion dollar narco-style junk food addiction have conspired to create the elephant in the room: in a macho sports, industrial military complex, and hypomanic culture such as America, size matters.

A society that worships gargantuan football, basketball, and baseball stars from childhood, or kowtows to XXL chest-thumping wolves of Wall Street, or is constantly crowing “thank you for your service” to pumped up action hero soldiers and cops, invariably produces a huge amount of man mountain and wobbling woman wastage from those who can’t drop and give Uncle Sam twenty at will.

Sport and food-obsessed America – like Britain and the Anglosphere of Australia, Canada, New Zealand and South Africa – is caught between two creaking stools. In these societies, where high streets, main streets and increasingly residential areas groan under the weight of fast-food outlets, supermarkets, expensive gyms, bourgeois health food stores and buffed up personal trainers, there’s an existential battle raging between a survival of the fittest and survival of the fattest, each eyeing the other camp suspiciously with a mixture of envy and resentment.

But on an even deeper psychological level, the obesity epidemic in the West points to a form of child abuse. As more and more slovenly parents shove their kids’ faces into gut-wrenching Happy Meals and gluttonous TV dinners, entire families zone out in front of multiple screens, never seeing fresh vegetables or the light of day, let alone a treadmill. And all because Western “adulteens” have come to despise children for having the sort of tech-heavy, high-calorie diet my generation could only dream of.

While 40, 50 and 60-somethings bitch and moan about “kids today” and romanticise the ‘60s and ‘70s (as if playing on bomb sites and having polio was fun), in truth, we secretly hate our kids for having a diverse, daily nutritional diet we would have survived on for a week. Meanwhile, the ungrateful bleeders enjoy mobile devices and computers that keep them rooted to their seats in a hypnotic state of consumption, which ultimately we have to work our bollocks off to fund.

Point this out to the little snowflakes, or the growing “body confidence” lobby, however, and all hell breaks loose.

Last month, newly-appointed science minister, George Freeman was accused of “scapegoating governmental inaction” after blaming the UK’s high Covid death toll on obesity. Renee Zellweger was also slammed recently for wearing afat suit in her forthcoming series, ‘The Thing About Pam,’ as wasSarah Paulson for piling on the prosthetic pounds for her role as Linda Tripp in the Clinton-Lewinsky drama, ‘Impeachment: American Crime Story.’At this rate, Bobby De Niro should be cancelled for eating all that pasta to play a flabby Jake LaMotta in ‘Raging Bull.’

While Australia, the UK, and the US have formed the Aukus nuclear pact, it’s their populations’ exploding guts that’s a more immediate threat, given the way fatness has either been weaponised or victimised.

In August, Plymouth murder-suicide attacker Jake Davisonranted on YouTube that he was a “f***ing fat ugly virgin” before shooting dead five people and turning the gun on himself.

Earlier this year, a report on Australia’s worst mass murderer, Martin Bryant – who spent 25 years in prison for shooting 35 people dead in Tasmania in 1996 –described him as “a pathetic, obese, dull-witted, middle aged man,” which, while no doubt accurate, reinforces a stereotype that does more harm than good.

As the dust finally settles on COP26, which saw India and China bully the climate summit into an embarrassing last-minute U-turn on a commitment to “phase out” coal in favour of a Delhi-Beijing-friendly “phase down,” the West should take note of how obesity is spreading from its shores to this rapidly industrialising third of the planet’s population – in large part thanks to the West’s insatiable appetite for indolence-inducing Chinese and Indian-made consumer goods and technologies.

But while the US leads the way with13 percent of the world’s two billion strong obese population, India and China have designs on becoming just as fat. The bilateral behemoths combined account for 15 percent of the world’s overweight population and counting. Obesity, like climate change, is thus a global problem that requires us all to eat a little less, exercise a little more, and curb our addiction to unsustainable growth. If we don’t, we’ll wind up drowning in our own blubber before the rising sea levels get to us.
#Covid