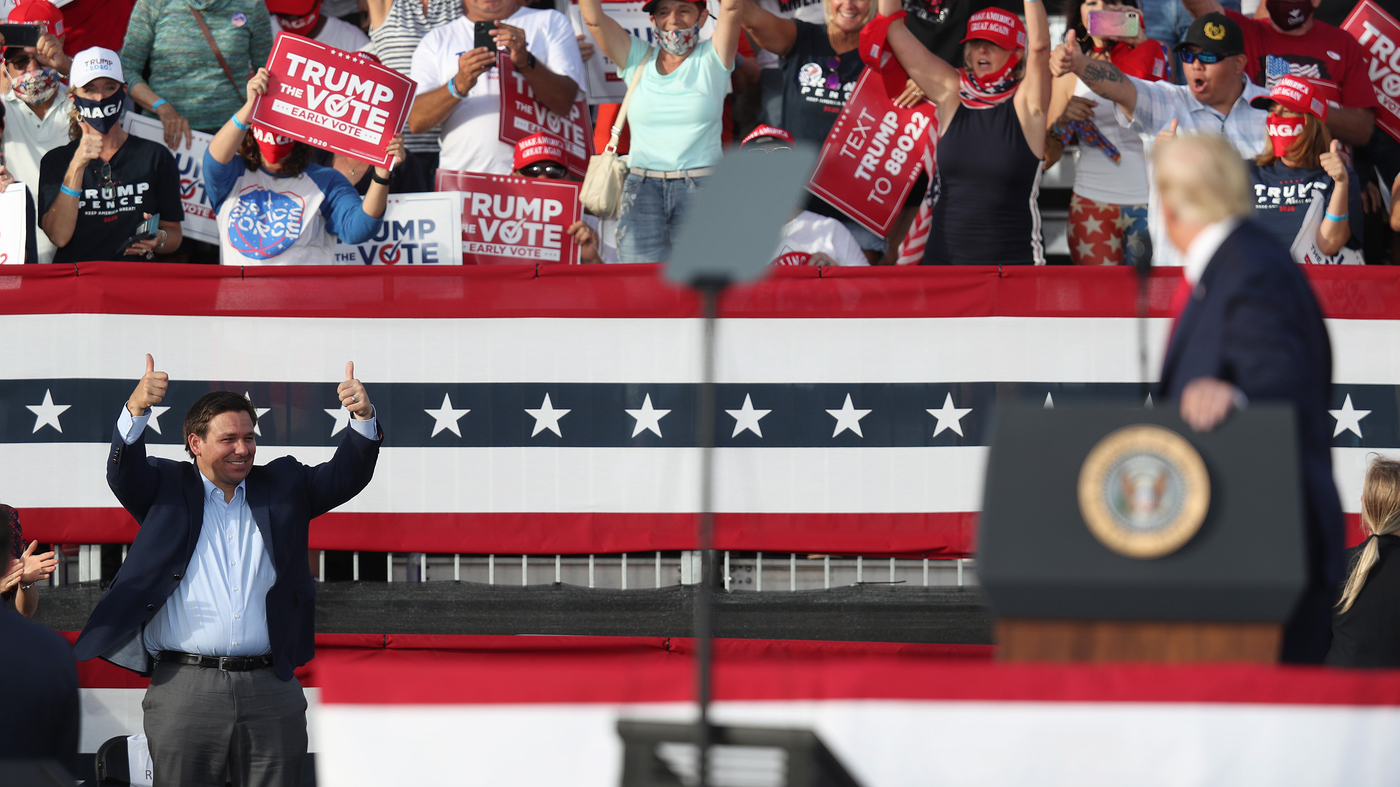 In Florida, Republican Gov. Ron DeSantis won reelection by a wide margin, reinforcing his position as a strong contender for the party's presidential nomination in 2024.

But DeSantis isn't showing signs that he is ready to officially announce his candidacy. He says he's focused on being governor and dismisses questions about presidential ambitions.

But for anyone who looks, there are some obvious signs that he's preparing to run. He has an autobiography titled The Courage to Be Free due to be released early next year. The publisher's press release says it is the story of a governor who, "has fought—and won—battle after battle, defeating not just opposition from the political left, but a barrage of hostile media coverage proclaiming the end of the world."

DeSantis raised more than $200 million for his reelection for governor, including $10 million in a single donation from a Las Vegas real estate developer, much more than he needed. He currently has at least $90 million in the bank and is still fundraising. His immense campaign fund helped him beat his Democratic challenger, Charlie Crist, by nearly 20 points.

At a recent news conference, DeSantis said, "We really showed, I think, how it's done in the state of Florida," and went on to say he received the highest percentage of the vote for a GOP governor in the history of Florida. Actually, Florida's first Republican governor, Harrison Reed, was elected by a wider margin during the Reconstruction era. But DeSantis' overwhelming victory sent a strong signal that Florida, once considered the nation's largest swing state, is now firmly in the Republican column.

Republican media consultant Giancarlo Sopo says DeSantis' commanding victory strengthens his appeal. "He knows how to really excite Republican voters while also drawing independents and moderate Democrats into the party," Sopo says. Others point to a lackluster turnout by Democrats as a major factor in DeSantis' big margin of victory.

Here are some of the possible reasons why DeSantis hasn't announced a run for president, yet:

If DeSantis decides to run for president while remaining governor, it will likely require a change to Florida law. Florida currently says state officeholders must resign their positions if they run for a federal office. But Republican lawmakers, including state Senate President Kathleen Passidomo, say don't worry about the law — the legislature will repeal it. "When you think about it," Passidomo recently told reporters, "if an individual who ... is a Florida governor is running for president, he should be allowed to do it."

As a possible Republican presidential candidate, DeSantis has a strong conservative track record. He tapped into public frustrations with COVID-19 and led the fight against vaccine and mask mandates. He's promoted "parental rights" and signed into law restrictions on how race, sexual orientation and gender identity are discussed in the schools. He also approved a law banning abortions after 15 weeks.

Those policies have made him a regular on Fox News, boosting his name recognition among Republican voters nationally. Some recent polls show him more popular with Republicans than Donald Trump. Trump, who's already announced he's running, has noticed. He's said it would be a "mistake" for DeSantis to enter the race. He's already tried out an attack line, labeling him Ron "DeSanctimonious."

DeSantis has largely avoided commenting on the attacks, dismissing them at one news conference as "just noise." He rarely mentions the former president now, a far cry from his last election when he ran a campaign ad in which he read Trump's Art of the Deal to his infant son.

"He wants to be kind of the Trump policy without all of the unhinged commentary and Twitter warfare and personal attacks," says University of North Florida political scientist Michael Binder. DeSantis is very much interested in Trump's supporters, Binder says, "and I think he's found himself a very nice niche there."

Binder expects DeSantis won't officially enter the Republican presidential contest anytime soon. One reason is that as he soon as he does, it will likely spark open warfare with Trump. As governor, DeSantis can largely ignore Trump while also talking to donors and traveling to states with early 2024 primaries.

University of Florida political scientist Michael McDonald says he sees DeSantis focusing on issues, not personal attacks — taking a page from the guy who beat Trump. "It was 'Sleepy Joe,' " McDonald says, using Trump's nickname for the president. "And DeSantis in some ways is fashioning himself out of the ... mold of Sleepy Joe Biden, somebody who's not throwing firebombs, someone who's just more focused on policy."

As a popular governor in the third-largest state, DeSantis has a lot going for him. But running for president would put him in the spotlight. And University of North Florida's Binder says there are still a lot of unknowns about DeSantis. "He hasn't been great on a debate stage," Binder says. "He isn't a particularly comfortable politicker in a sense of the small group, hand-to-hand shaking of the hands on the lines. He doesn't thrive in a stadium full of 20,000 people."

For DeSantis supporters, there is another caveat. History often hasn't been kind to early presidential frontrunners. Just ask another popular former Republican governor, Scott Walker of Wisconsin. He peaked early before the 2016 election and was knocked out of the race by Trump himself.