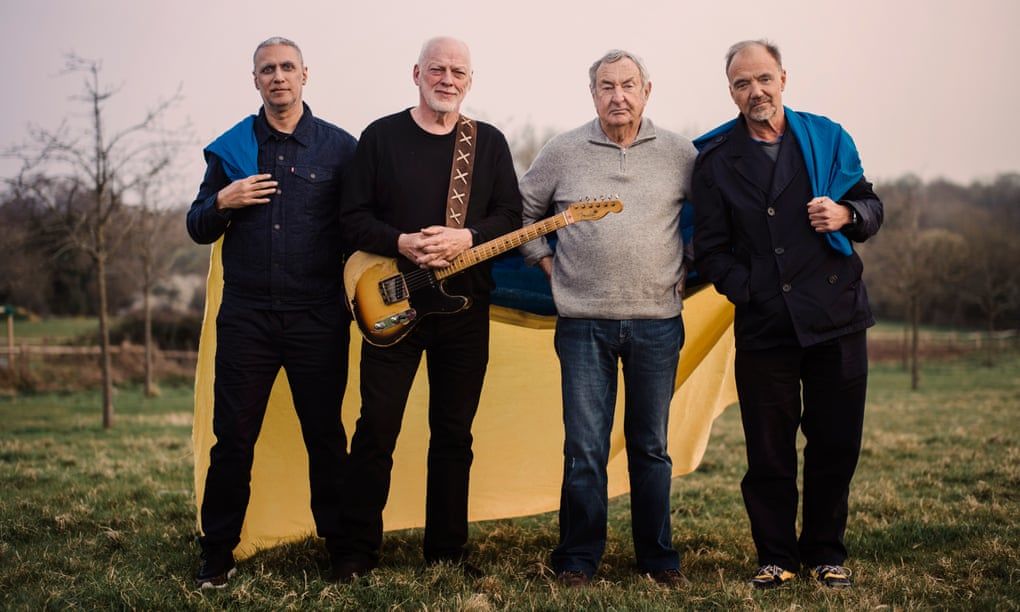 ‘This is a crazy, unjust attack’: Pink Floyd re-form to support Ukraine

Exclusive: Disgusted by the Russian invasion, David Gilmour speaks about band’s first brand new song in 28 years, which samples a Ukrainian musician now on the front line – and expresses ‘disappointment’ in Roger Waters

A couple of weeks ago, Pink Floyd’s guitarist and singer David Gilmour was asked if he’d seen the Instagram feed of Andriy Khlyvnyuk, frontman of Ukrainian rock band BoomBox. Gilmour had performed live with BoomBox in 2015, at a London benefit gig for the Belarus Free Theatre – they played a brief, endearingly raw set of Pink Floyd songs and Gilmour solo tracks – but events had moved on dramatically since then: at the end of Feburary, Khlyvnyuk had abandoned BoomBox’s US tour in order to fight against the Russian invasion.

On his Instagram, Gilmour found a video of the singer in military fatigues, a rifle slung over his shoulder, standing outside Kyiv’s St Sofia Cathedral, belting out an unaccompanied version of Oh, the Red Viburnum in the Meadow, a 1914 protest song written in honour of the Sich Riflemen who fought both in the first world war and the Ukrainian war of independence. “I thought: that is pretty magical and maybe I can do something with this,” says Gilmour. “I’ve got a big platform that [Pink Floyd] have worked on for all these years. It’s a really difficult and frustrating thing to see this extraordinarily crazy, unjust attack by a major power on an independent, peaceful, democratic nation. The frustration of seeing that and thinking ‘what the fuck can I do?’ is sort of unbearable.”

The result is Hey Hey, Rise Up!, a new single by Pink Floyd that samples Khlyvnyuk’s performance, to be released at midnight on Friday with proceeds going to Ukrainian humanitarian relief.

Most observers assumed Pink Floyd were long defunct. They last released original new music 28 years ago, although in 2014 Gilmour and drummer Nick Mason reconvened to turn outtakes from their 1994 album The Division Bell into the largely instrumental The Endless River, as a tribute to the band’s late keyboard player Rick Wright. At the time, Gilmour was insistent that was the finale for a band that began in 1965 and sold more than 250m albums. Pink Floyd couldn’t tour without Wright, who died of cancer in 2008, and there was to be no more music: “It’s a shame,” he told the BBC, “but this is the end.”

The invasion of Ukraine changed Gilmour’s mind. “I hate it when people say things like ‘As a parent, I …’, but the practicalities of having an extended Ukrainian family is part of this. My grandchildren are half-Ukrainian, my daughter-in-law Janina is Ukrainian – her grandmother was in Kharkiv until three weeks ago. She’s very old, disabled, in a wheelchair and has a carer, and Janina and her family managed to get her all the way across Ukraine to the Polish border and now they’ve managed to get her to Sweden, literally last week.” 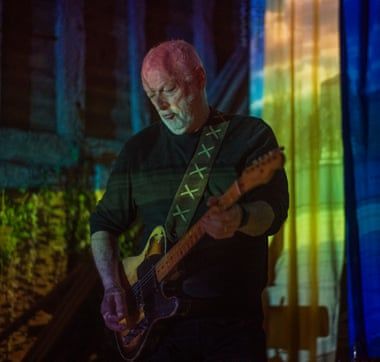 After “finding the chords for what Andriy was singing and writing another section that I could be” – Gilmour rolls his eyes – “the rock god guitar player on”, he hastily convened a recording session last week with Mason, Pink Floyd’s longstanding bassist Guy Pratt, and musician, producer and composer Nitin Sawhney on keyboards, layering their music with Khlyvnyuk’s sampled voice; Rick Wright’s daughter Gala also attended. They also shot a video for the song, with Mason playing a set of drums decorated with a painting by Ukrainian artist Maria Primachenko (the fate of her paintings remains unknown following the bombing of a museum in Ivankiv).

“It’s Pink Floyd if it’s me and Nick, and that is the biggest promotional vehicle; that is, as I said, the platform that I’ve been working on for my whole adult life, since I was 21. I wouldn’t do this with many more things, but it’s so vitally, vitally important that people understand what’s going on there and do everything within their power to change that situation. And the thought, also, that mine and Pink Floyd’s support of the Ukrainians could help boost morale in those areas: they need to know the whole world supports them. 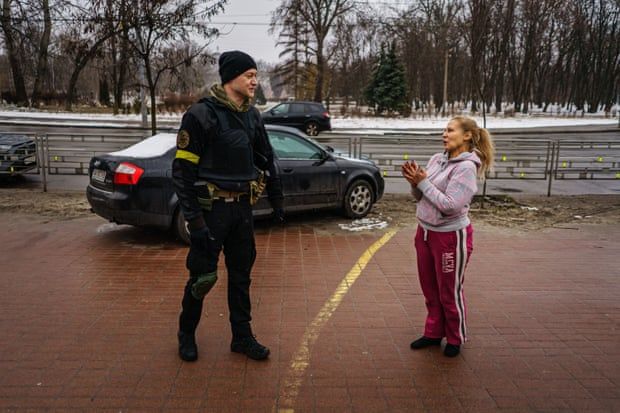 Andriy Khlyvnyuk is greeted by a fan in Kyiv on 2 March.

“When I spoke to Andriy, he was telling me about the things he’d seen, and I said to him, ‘you know this has been on the BBC here in England, and on television around the world? Everyone is seeing these terrible things that are happening.’ And he said, ‘Oh really? I didn’t know.’ I don’t think that most people there have got such great communication and they don’t really understand that actually, the things they are going through are being shown to the world.”

Gilmour says it took some time for him to track Khlyvnyuk down, trawling Instagram and trying phone numbers. Eventually he found an email address. “He wanted to speak on FaceTime – I think he wanted to be sure it was me. The next time I saw him, he was in hospital, having been injured by a mortar. He showed me this tiny quarter-inch piece of shrapnel that had embedded itself in his cheek. He’d kept it in a plastic bag. But you can imagine, if those kind of things are going off, it could just as easily have been a piece over an inch across, which would have taken his head off.” 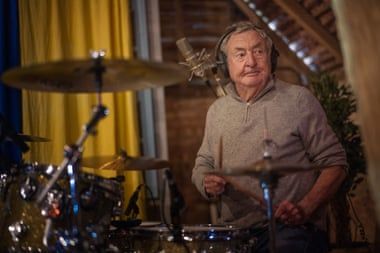 Nick Mason during the recording session.

Prior to the band’s unexpected reconvening, Pink Floyd’s post-1987 output – and the solo work of their late founder, Syd Barrett – was removed from streaming services in Russia and Belarus as part of a cultural boycott. Their most famous work, from the 1960s and 70s, was not removed, leading to rumours that moves to do so had been blocked by former Pink Floyd member Roger Waters, whose relations with his former bandmates are legendarily strained. A week before Russia invaded Ukraine, Waters told an interviewer on Russia Today that talk of a Russian invasion was “bullshit ... anybody with an IQ above room temperature knows [an invasion] is nonsense”; he has subsequently condemned the invasion calling it “the act of a gangster”, while also condemning “propaganda to demonise Russia”. It’s a subject on which Gilmour won’t be drawn. “Let’s just say I was disappointed and let’s move on. Read into that what you will.”

Gilmour last spoke to Khlyvnyuk on Tuesday. “He said he had the most hellish day you could imagine, going out and picking up bodies of Ukrainians, Ukrainian children, helping with the clearing up. You know, our little problems become so pathetic and tiny in the context of what you see him doing.”

Nevertheless, Gilmour sent him the song and was “pleased and relieved that he liked it. I can tell you what he said,” he nods, fumbling for his mobile phone and reading out Khlyvnyuk’s message. “Thank you, it’s fabulous. One day we’ll play it together and have a good stout afterwards, on me.” He smiles. “I said, ‘yes, let’s do that’.”