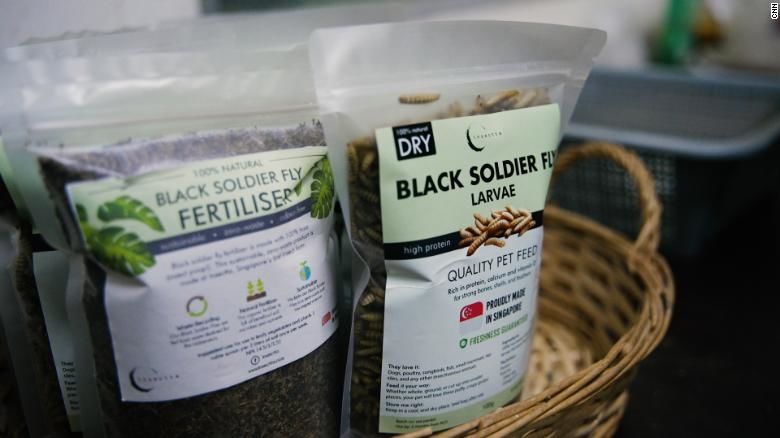 This Singapore startup is using insects to turn trash into treasure

Singapore-based farmer Chua Kai-Ning spends a lot of her day making sure that her animals are well fed and growing fast.

But she's no ordinary farmer, and these aren't ordinary animals.

Chua and her partner, Phua Jun Wei, founded startup Insectta in 2017. They are battling Singapore's food waste crisis with the help of an unlikely ally: the black soldier fly larva.

"The concept behind Insectta is that nothing goes to waste," said Chua. "Waste can be reimagined as a resource if we change how we think about our production methods, and how we deal with waste."

Chua said the company feeds the black soldier fly maggots up to eight tons of food waste per month, including byproducts received from soybean factories and breweries, such as okara and spent grain.

Insectta can then flash dry the maggots into animal feed, and turn the insects' excrement into agricultural fertilizer.

While there are plenty of companies using insects to manage waste, including Goterra, Better Origin and AgriProtein, Insectta is extracting more than agricultural products from black soldier flies. With funding from Trendlines Agrifood Fund and government grants, Insectta is procuring high-value biomaterials from the byproducts of these larvae.

"During R&D, we realized that a lot of precious biomaterials that already have market value can be extracted from these flies," Chua told CNN Business. The startup hopes its biomaterials can revolutionize the growing insect-based product industry and change the way we look at waste. 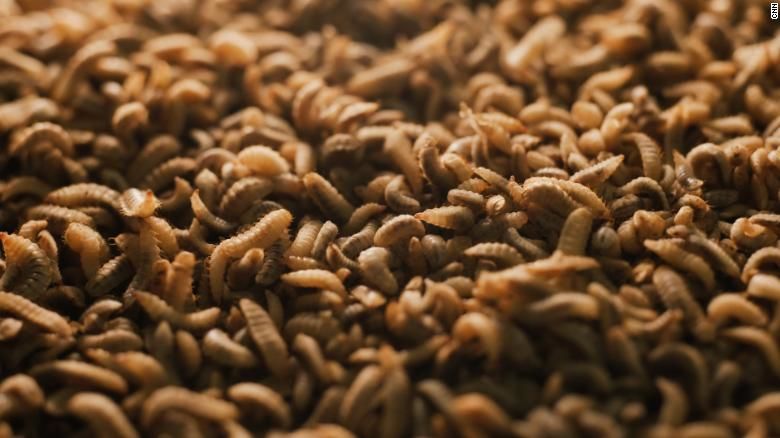 The larvae can eat up to four times their body weight in food waste a day.

As the maggots grow into adults, they form a cocoon, emerging about 10 to 14 days later as a fully-grown fly. Insectta has developed proprietary technology to obtain biomaterials from the exoskeleton they leave behind.

One of these biomaterials is chitosan, an antimicrobial substance with antioxidant properties sometimes used in cosmetic and pharmaceutical products. Insectta aims to eventually produce 500 kilograms of chitosan a day and is now collaborating with Singapore-based Spa Esprit Group for the use of its chitosan in its moisturizers.

Insectta is also collaborating with face mask brand Vi-Mask, which hopes to use black soldier fly chitosan to make an antimicrobial layer within its products.
Currently, Vi-Mask uses chitosan from crab shells in the lining of its face masks. The company says that the switch to insect-based chitosan is an environmentally friendly move, as Insectta's chitosan is more sustainably sourced.

At present, crab shells are one of the primary sources for chitosan, according to Thomas Hahn, a researcher with the Fraunhofer Institute for Interfacial Engineering and Biotechnology IGB in Germany.

Hahn has studied insect-based chitosan production with chemical engineer and biologist Susanne Zibek. According to Zibek, chitosan could replace synthetic thickeners and preservatives in cosmetics. 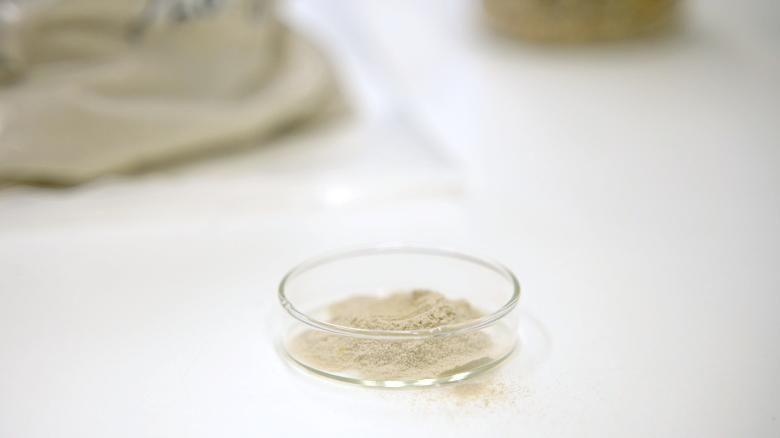 The first products made with Insectta's chitosan are currently in development. Chua says the startup is now looking for further collaborations within the cosmetic and pharmaceutical industries.

Zibek said the insect biomaterial market will grow as companies look to lower their environmental impact.

"There's a change in consumer awareness, and people want sustainable products," she added. "We can support that by substituting synthetic products with chitosan."

To widen the market for its black soldier fly materials, Insectta needs to challenge the stigma against insects.

"When people think of maggots, the first thing they think is that they're gross and harmful to people," Chua said. "By putting the benefits first, we can transform people's 'gross factor.'" 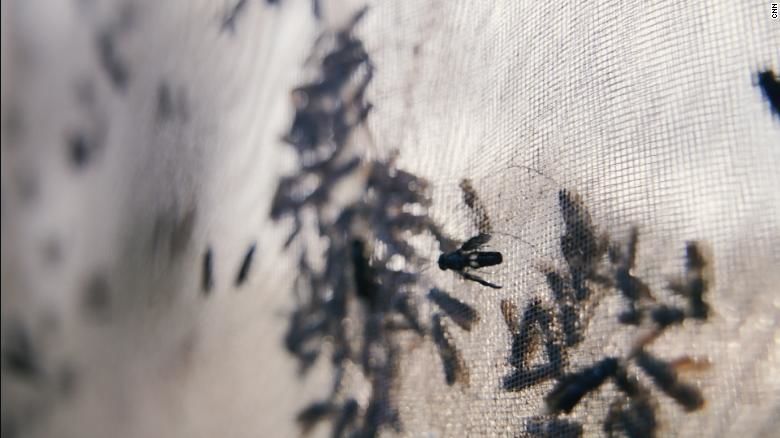 Chua says black soldier flies do not bite and they grow very quickly, making the insects ideal for urban farming.

There is ongoing scientific debate about the consciousness of insects. But Phua said rearing black soldier flies is more humane and sustainable than rearing livestock, as insects need less water, energy and space to grow.

Rather than running its own farms, however, Insectta plans to sell eggs to local black soldier fly farms, and collect exoskeletons produced by these farms to then extract the biomaterials.