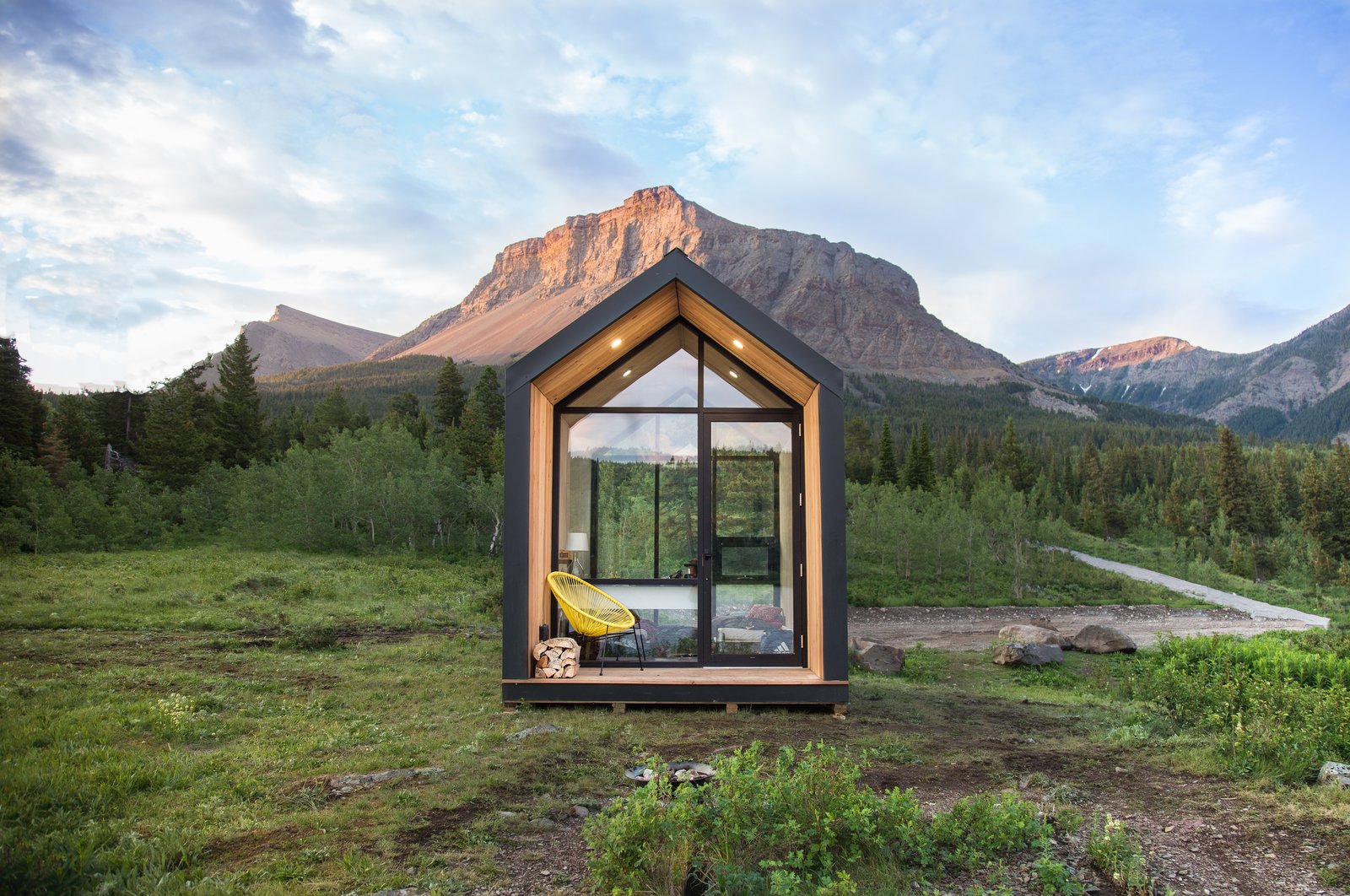 This Sleek Prefab Can be Built in Just Six Weeks

Formed from the idea that extra space to call your own shouldn’t be a hassle to obtain, this tiny prefab can be placed anywhere you desire.

The need for space is universal, yet the definition can be quite specific. Sure, we can get it from nature, but if that's too far away at the time, then we can feel a sense of solitude from the shield of a closed door.

Ryan Abernathy, Brandon Boorsma, and Matt Leitch considered all of the potential meanings when they tried to define that human itch for space within themselves, which is how they came up with DROP Structures. 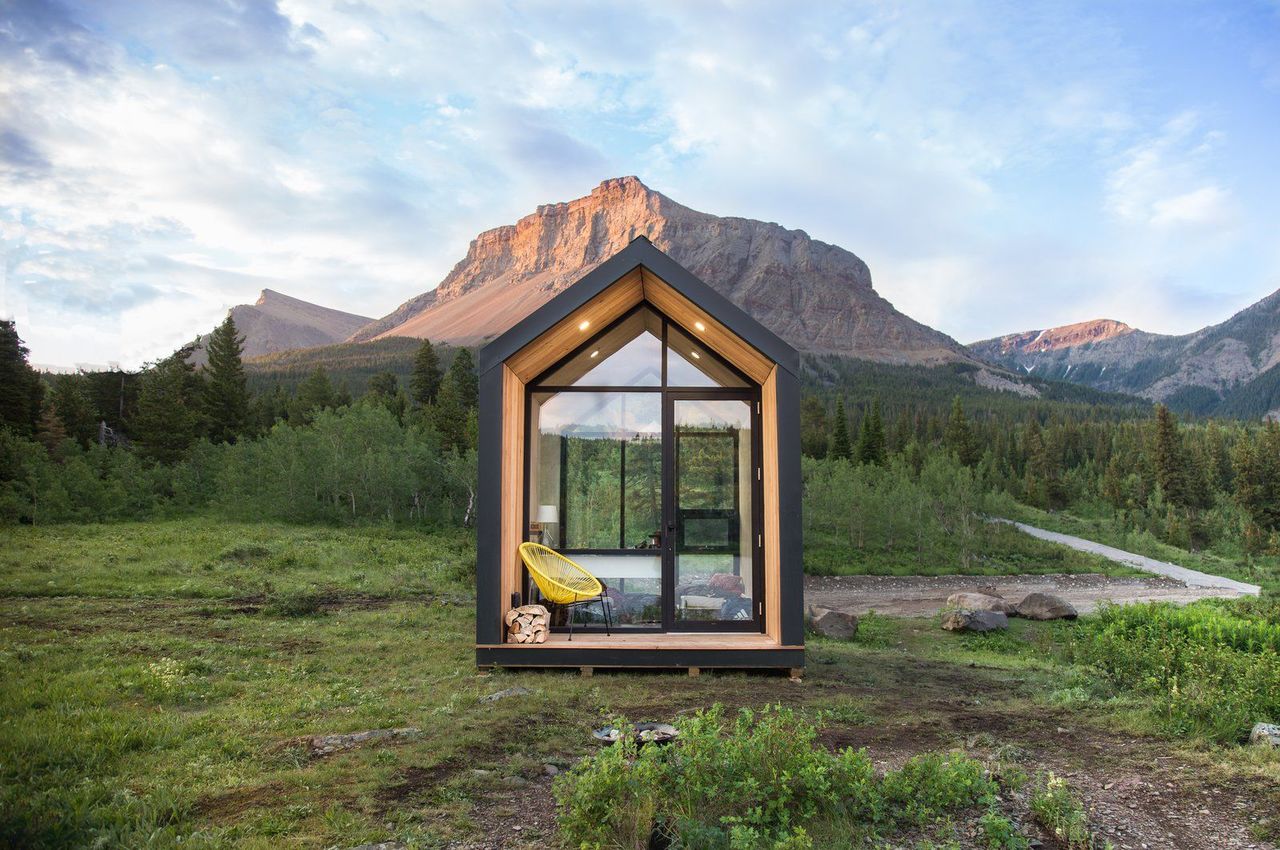 "DROP Structures are created to complement and enhance your current situation," Ryan says. "It's more of a piece of art than a functional asset."

The men came up with the idea for a prefabricated, fixed, and stand-alone getaway for what they hope will solve the universal need for space. So often, they explain, people envision just an extra room beyond what they already own to solve this problem. It could be a place to work, to vacation, or to be that other uniquely human adjective of "creative." But oftentimes, the solutions for getting that extra square footage are too involved. 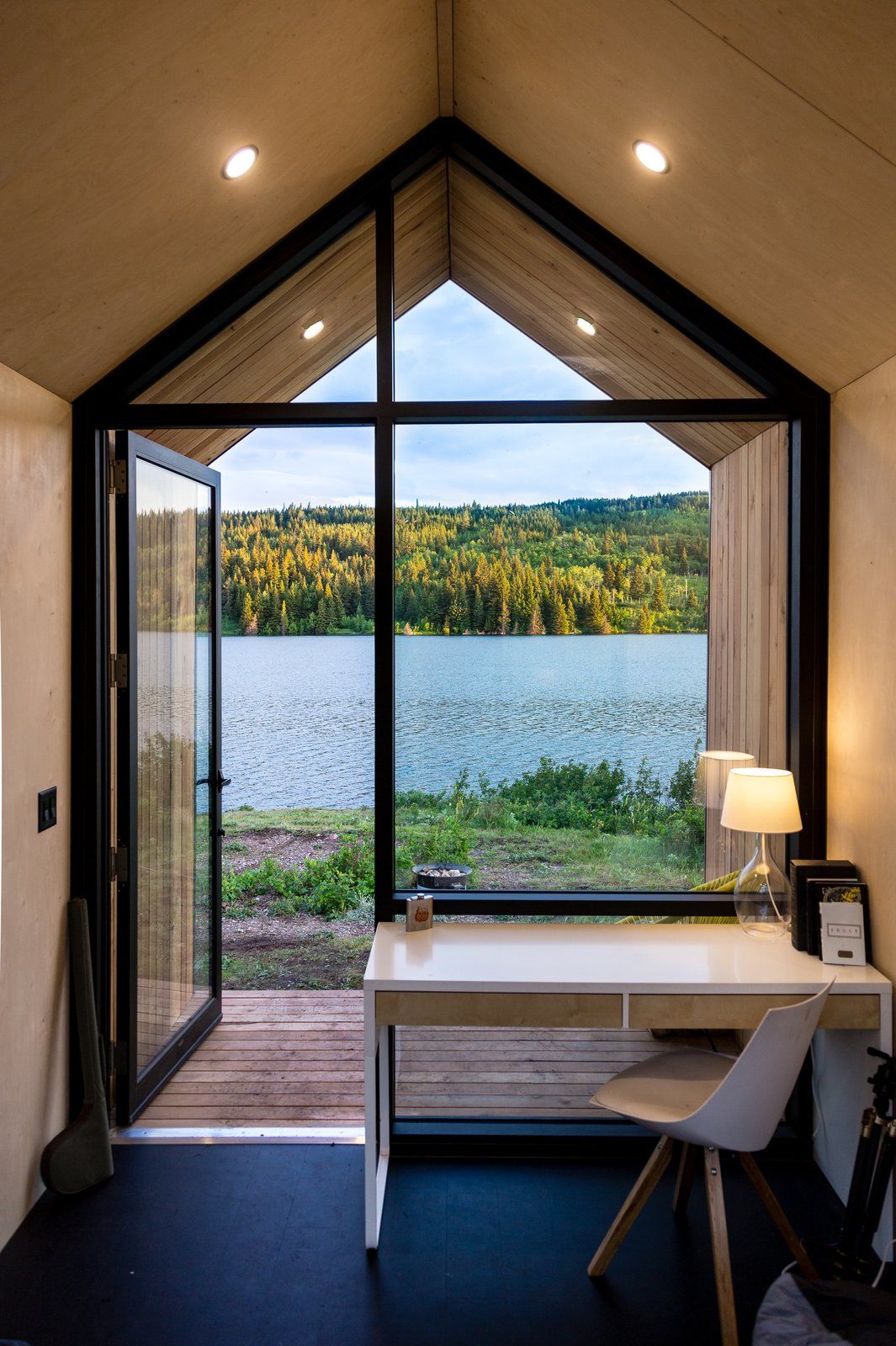 Baltic birch plywood is installed on the walls of the Mono, eliminating the need for baseboards and trim. The team wanted to make the structures as efficient as possible so that they would leave small environmental footprints.

"Our structures are designed as a means of expanding ideas on how to improve one's lifestyle beyond the traditional sense of, 'I need more space, so I need to move to a new house or take on renovations.'"

The Mono, their signature build, measures nine feet wide, 12 feet high, and 16 feet across, including a four-foot covered deck. These measurements are intentional, as they require no permits in most of North America.

The compact size also makes it easier to transport the structures from the one-year-old company's headquarters in Alberta, Canada. The base structure starts at $21,450, and there are three variations to consider. 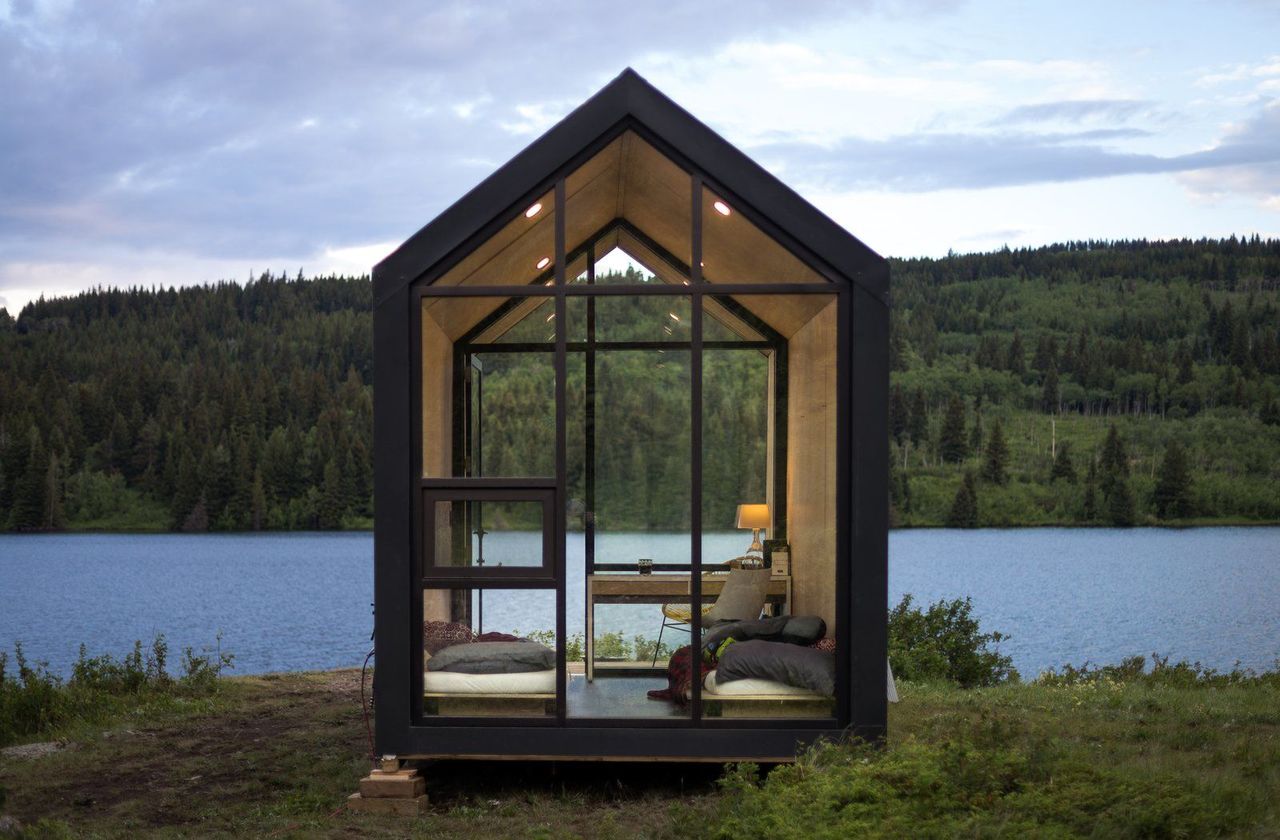 Although the team states that a Mono can be placed anywhere in North America without a permit-like a backyard-a place with a view is preferred.

The three men enjoy watching each one take shape over the course of about six to eight weeks, which includes initial construction from a single engineered truss frame, followed by foam-spray insulation for all-season protection.

Double-pane glass overlooks a deck made of locally-sourced Douglas fir, and LED pot lights can be illuminated from an outdoor plugin. Baltic birch plywood covers the interior walls, and sleek black leather stretches over the floor. A heater is also included, but anything else-like a bathroom, kitchen, a loft, window configurations, and blinds-have to be requested. In all, it's 106 square feet that's delivered as a turnkey property to clients.

"The Mono is the culmination of art and design," Ryan says. 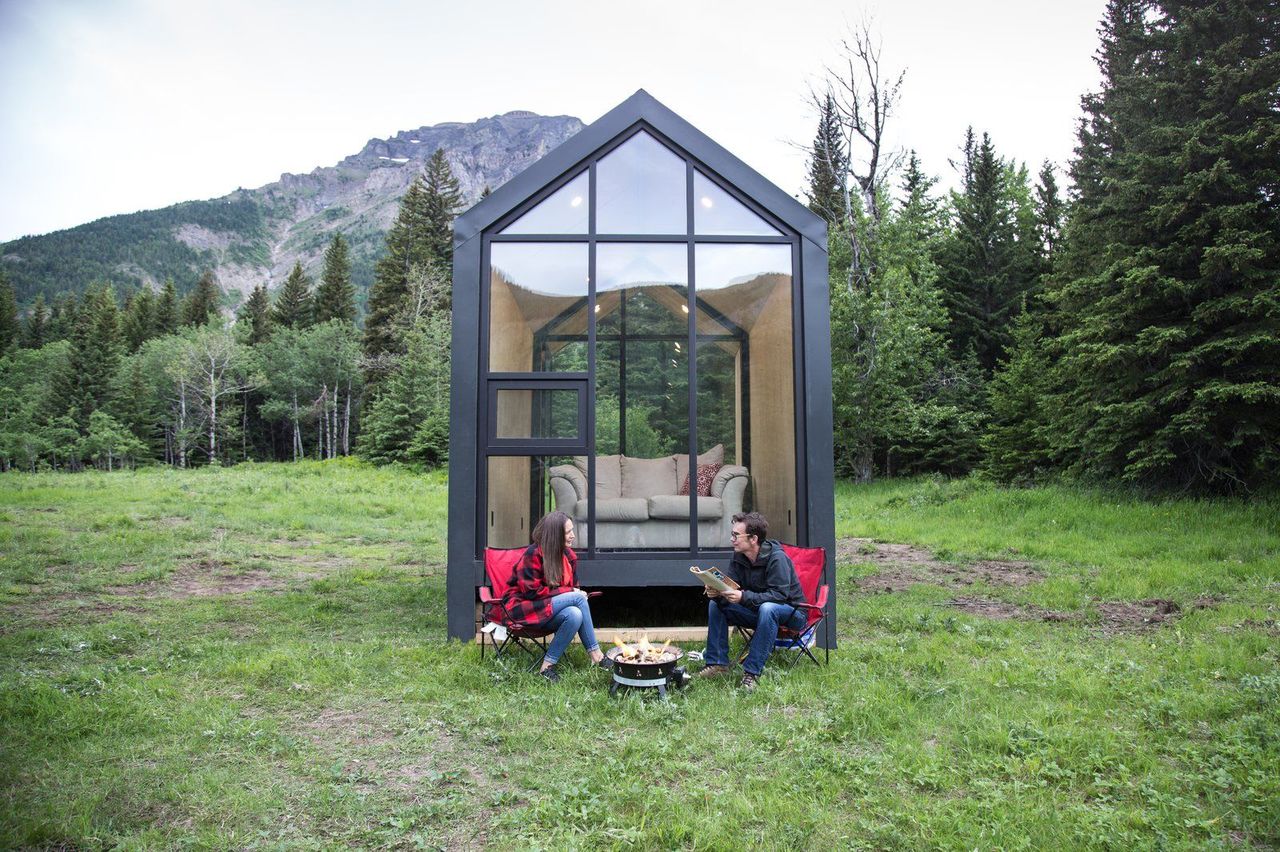 The Mono can be shipped in about six to eight weeks as a complete structure. Once it's delivered, it can be used immediately.

It's also the realization of hard work and patience. Brandon and Matt have known each other for 20 years, and have even been brothers-in-law for the last decade. By the time Matt met Ryan, the three men had years of experience in construction, and all considered variations of DROP as a possibility. Brandon and Matt built the first structure over the course of five years, and the three men thought steadily about how to make the model into a business. Now that they have one, DROP Structures feels like a new side of small-space luxury. 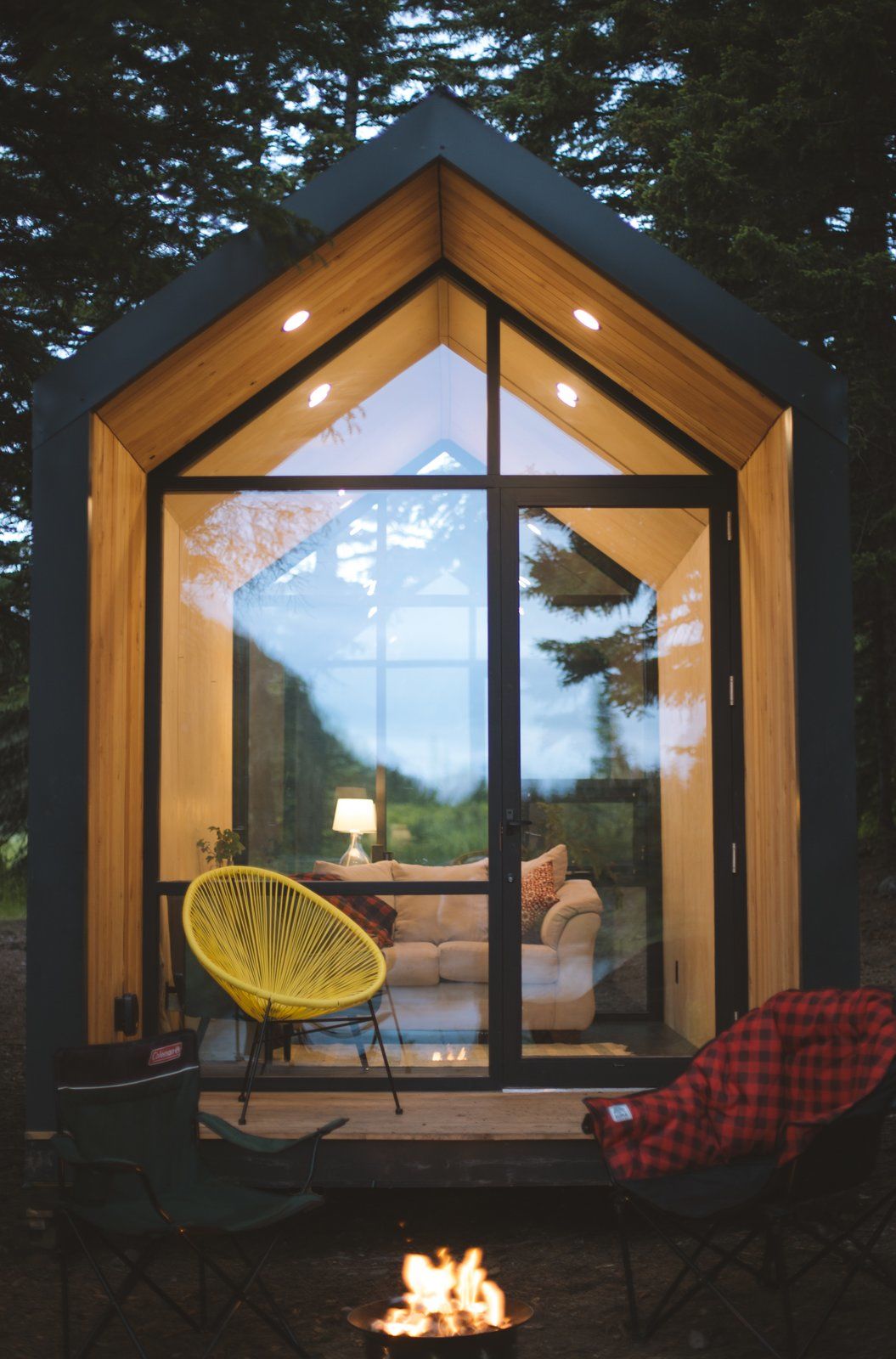 Ryan says to think of the Mono as a "safe haven to escape to when you need a retreat."

"The Mono is not built on a trailer to move freely like a tiny home, but it's built to be delivered to locations," Brandon says. "The Mono can go in a backyard as an exercise room, an office, a play room, or a guest room. It can go to the country for glamping, or act as extra space at a family cottage. Most tiny homes have restrictions where they cannot be used in the city or many other developments, whereas the Mono was made exactly for that purpose."

It's a versatile, albeit simple site, and one answer to a need for space that we all seem to share. "My hope is that people simply get a sense of peace every time they retreat to their Mono," Matt says.