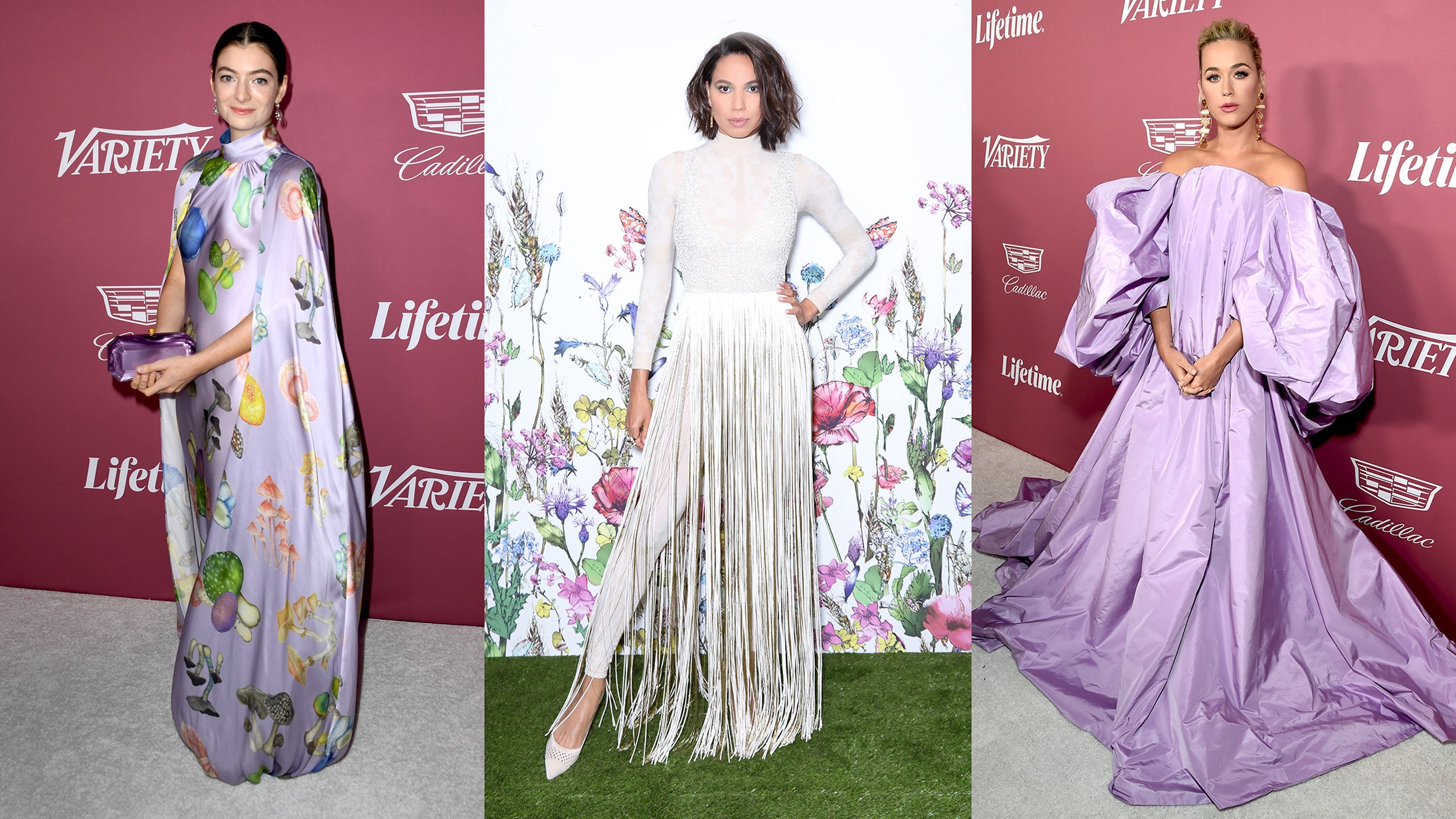 This Week, the Best Dressed Stars Turned Up the Volume

Silhouettes came to the forefront with larger than life dresses, big trains, and superhero-worthy capes

Less can be more, but sometimes a big event calls for an outfit to match. Last week, celebrities took that to heart. Whether they were headed to a music festival, Hollywood gala, or just hanging out at home, celebrities wanted looks that could command attention. The easiest way to accomplish that goal? Focus on silhouette. At Variety’s Power of Women event in Los Angeles, Katy Perry captured the mood in miles of Schiaparelli taffeta, stealing the show in a piece from Daniel Roseberry’s fall 2021 couture collection. The “bubble dress” with its voluminous sleeves, long train, and pastel color was impossible to miss.

Lorde, the night’s other standout, was equally enjoyable. In a mushroom-covered gown with a built-in cape from Rodarte’s spring/summer 2022 collection, the Solar Power singer was elegant while maintaining her individuality. Featuring a print hand-drawn by the mother of designers Kate and Laura Mulleavy, the fungi look was an appealing addition to the lineup of sunny, flora- and fauna-focused pieces that Lorde has worn while promoting her latest album.

The week’s fashion history lesson came courtesy of Cardi B, who pulled out archival Thierry Mugler to open the legendary designer’s Couturissieme exhibition at the Musée des Arts Décoratifs. First worn by supermodel Eva Herzigova during the brand’s fall 1995 ready-to-wear collection, the high drama combination of a feather and velvet coat, sequined bustier gown, and jeweled choker was pure, outré Mugler. Wildly over-the-top, the look set the tone for the rest of Cardi’s fashion week outfits while also reminding fans why old school runways were so much fun. 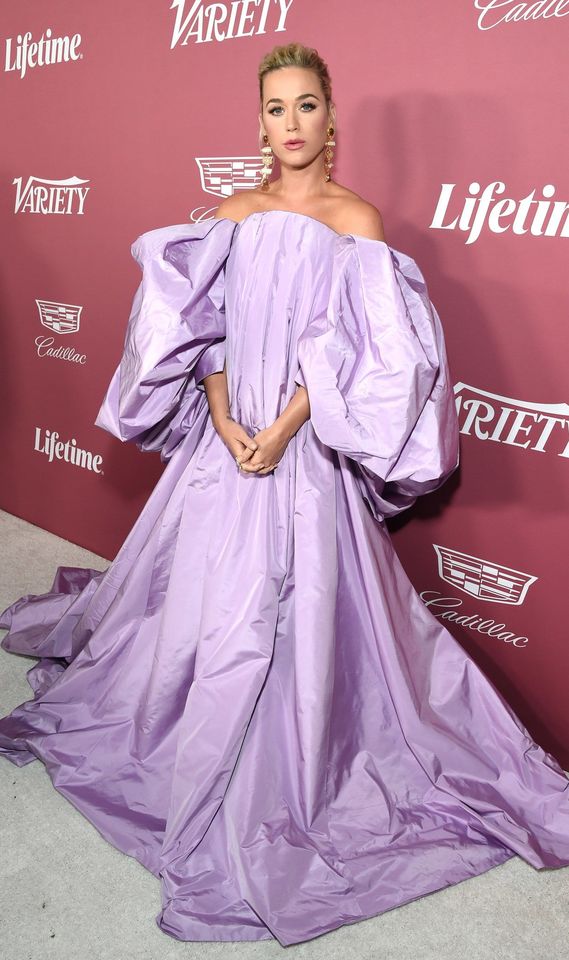 WHO: Katy Perry
WHAT: Schiaparelli Haute Couture
WHERE: Variety's Power of Women Gala
WHEN: September 30 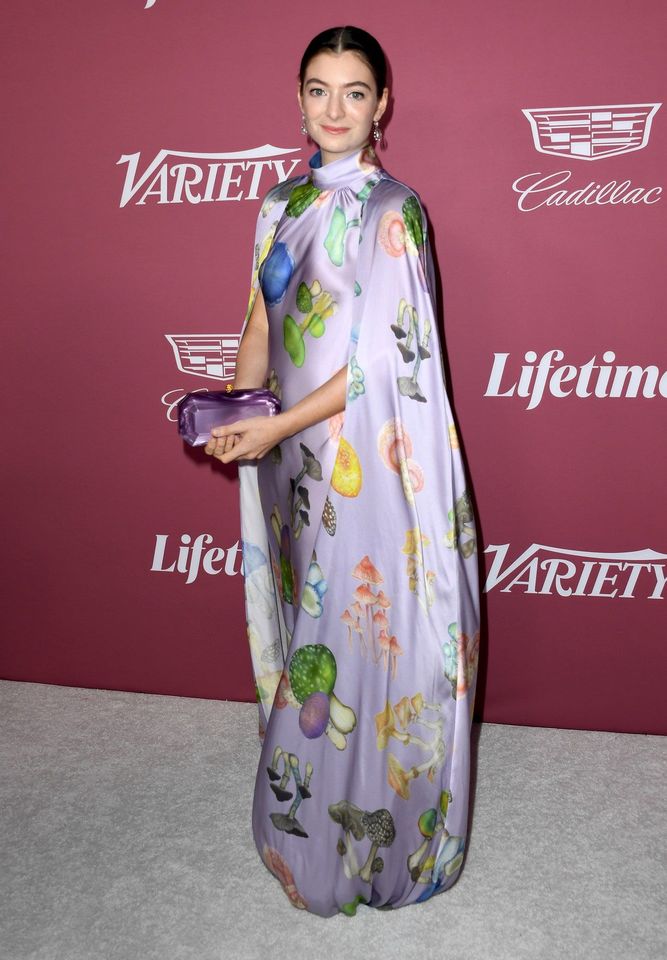 WHO: Lorde
WHAT: Rodarte
WHERE: Variety's Power of Women Gala
WHEN: September 30 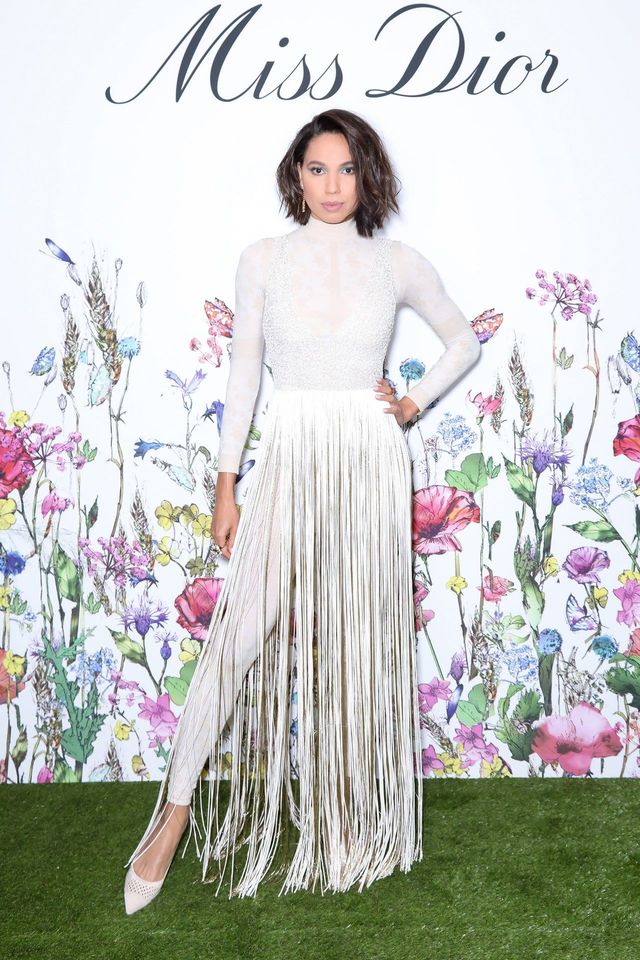 WHO: Jurnee Smollett
WHAT: Dior
WHERE: Miss Dior Pop Up & Cocktail Party
WHEN: September 28 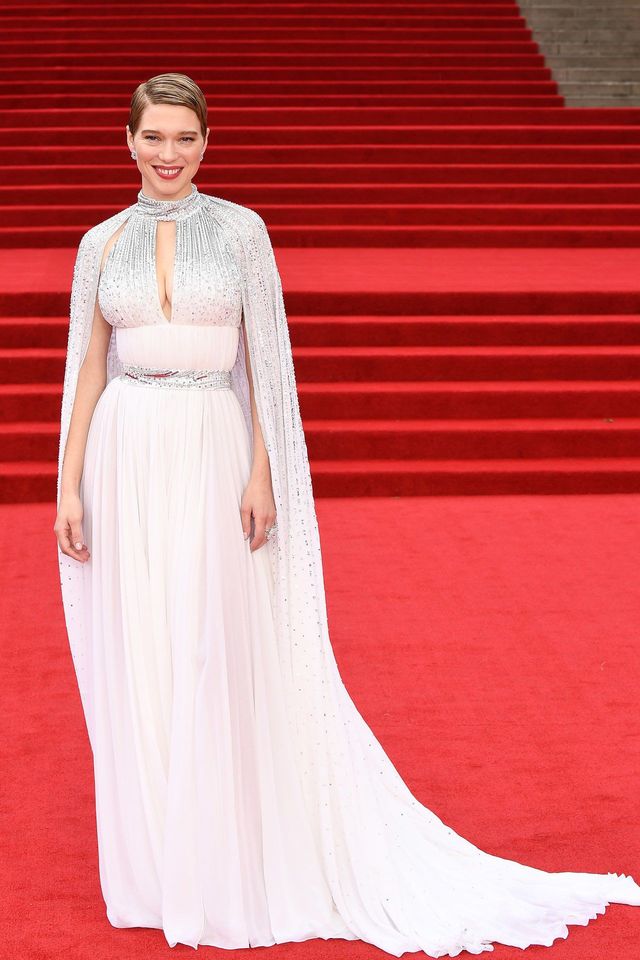 WHO: Lea Seydoux
WHAT: Louis Vuitton
WHERE: No Time To Die World Premiere
WHEN: September 28 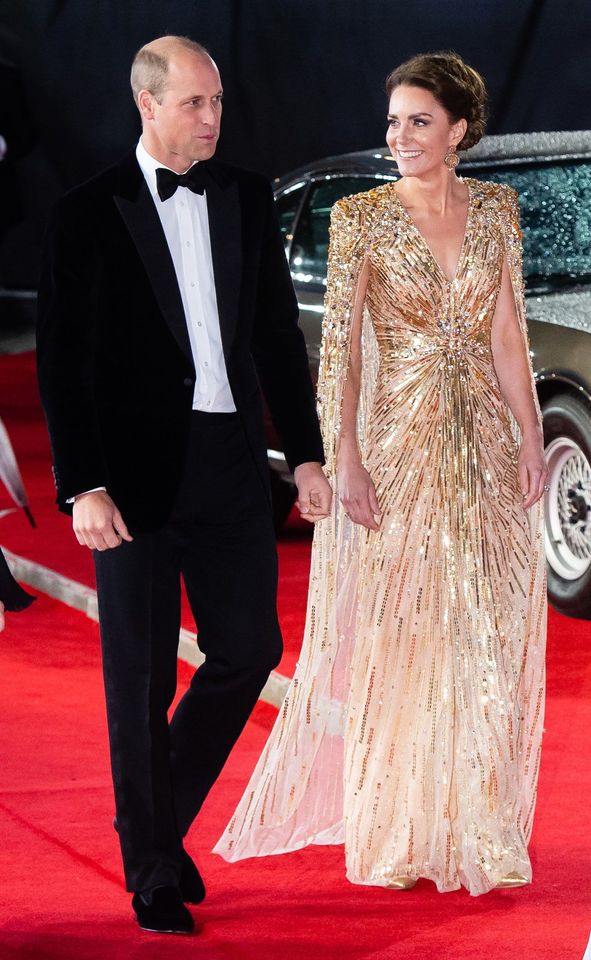 WHO: Kate Middleton
WHAT: Jenny Packham
WHERE: No Time To Die World Premiere
WHEN: September 28 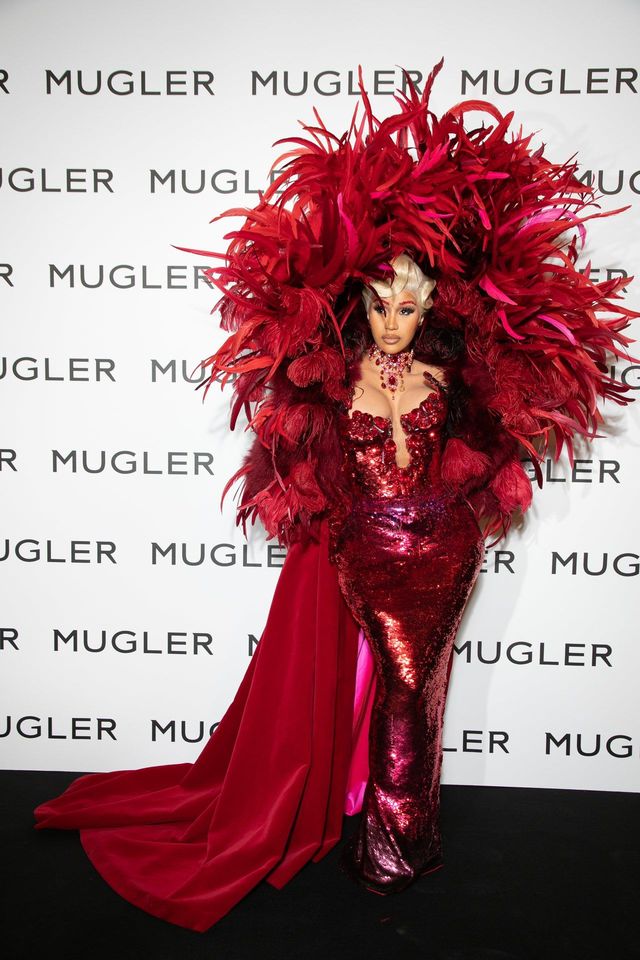 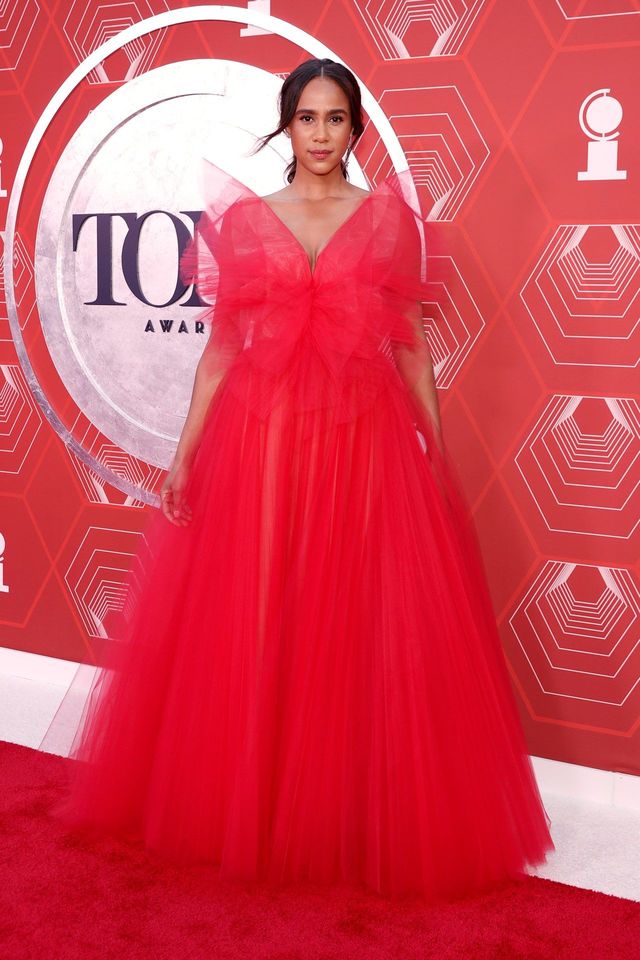 WHO: Zawe Asthon
WHAT: Carolina Herrera
WHERE: 74th Annual Tony Awards
WHEN: September 26 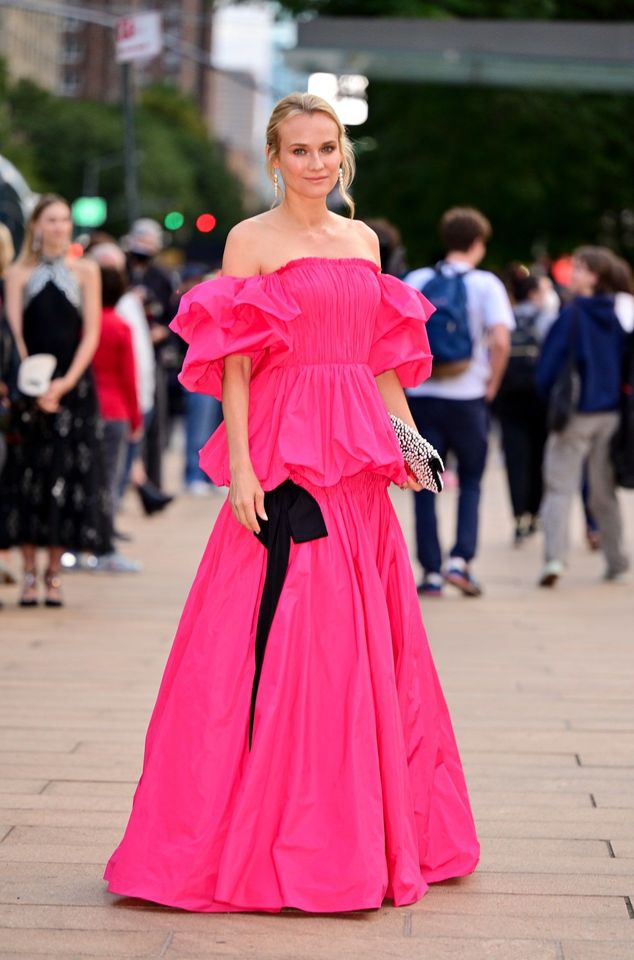 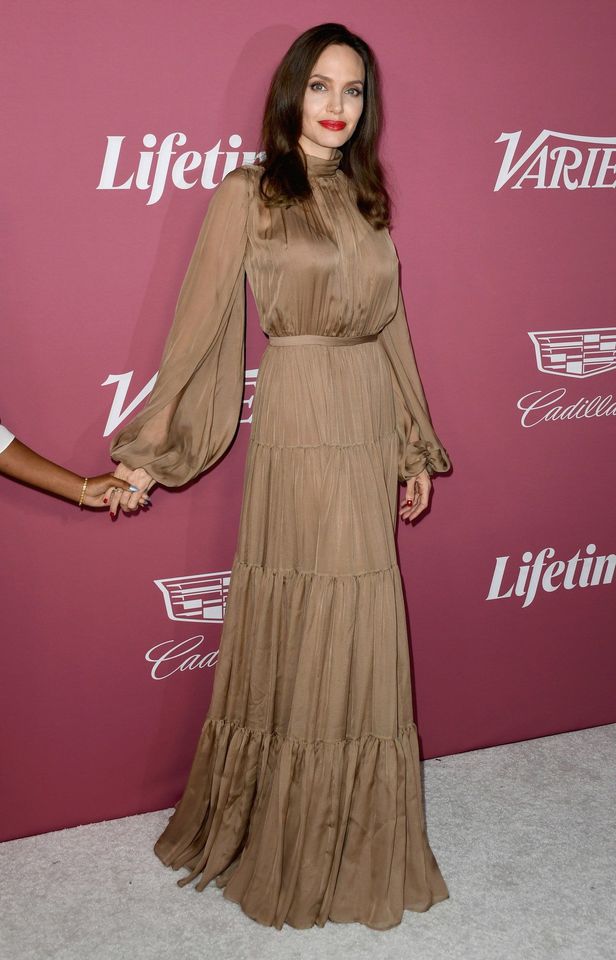 WHO: Angelina Jolie
WHAT: Harith Hashim
WHERE: Variety's Power of Women Gala
WHEN: September 30 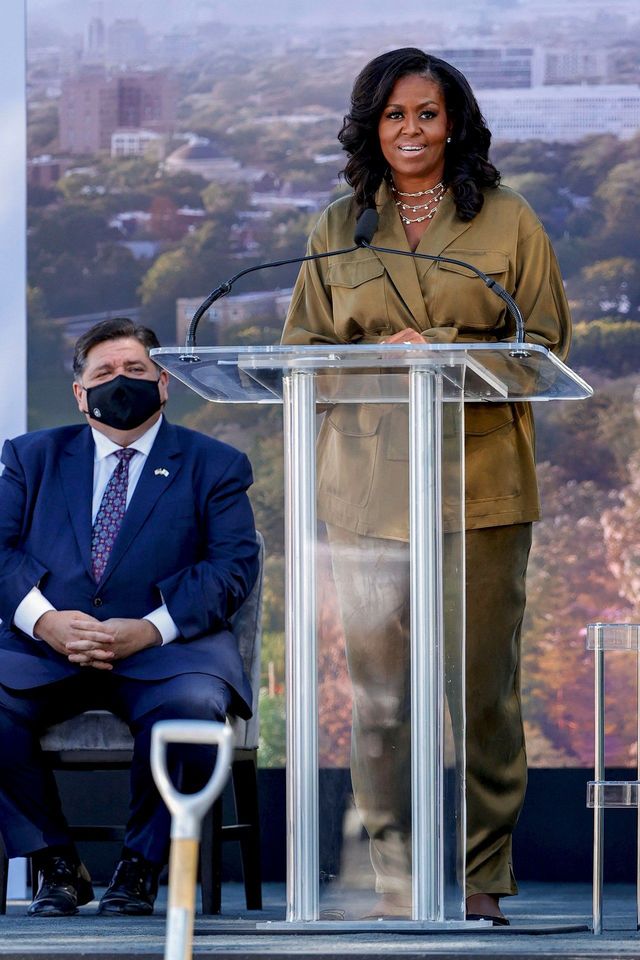 WHO: Michelle Obama
WHAT: Lafayette 148
WHERE: Groundbreaking ceremony for the Obama Presidential Center
WHEN: September 28