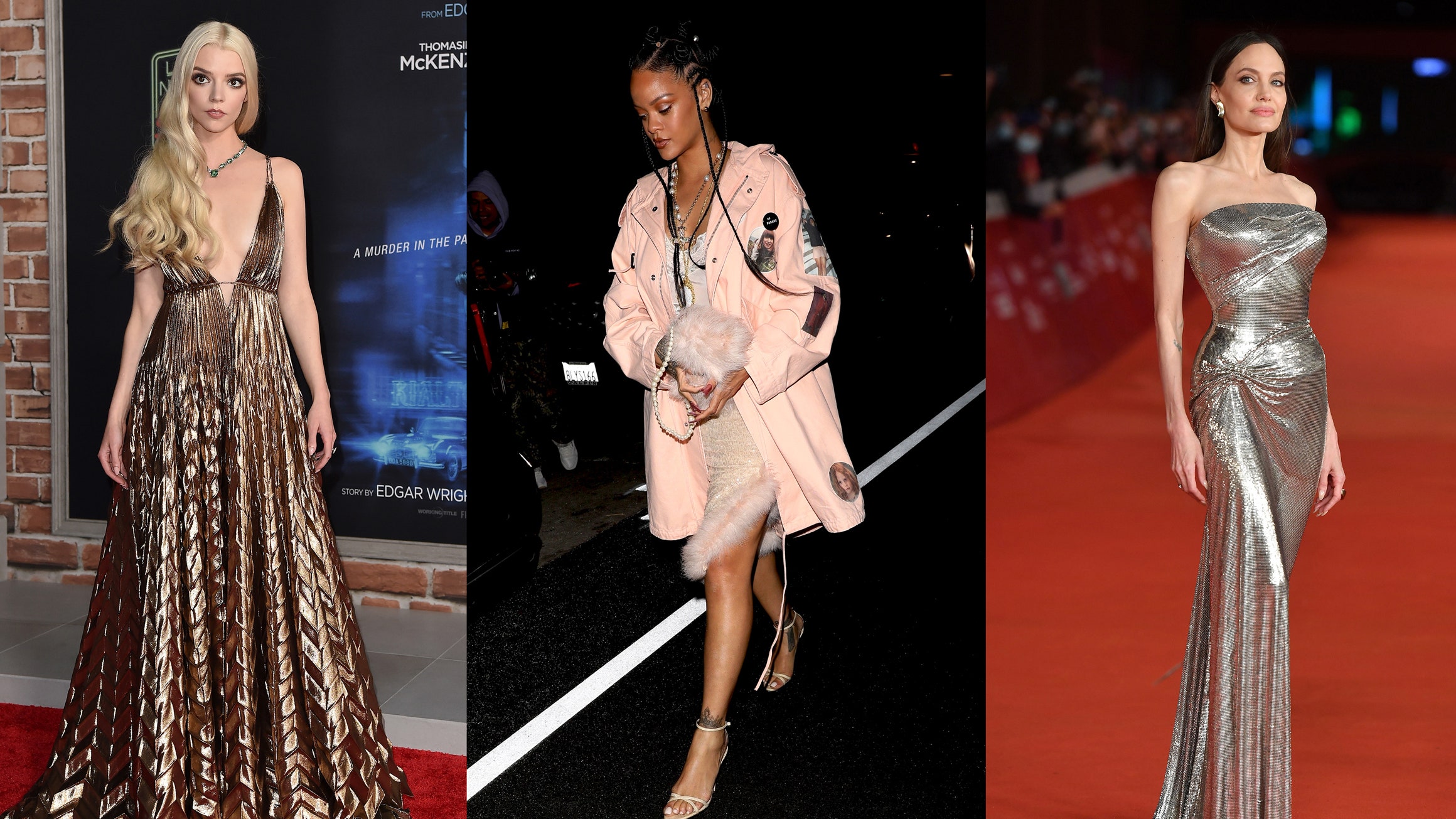 This Week, the Best Dressed Stars Wanted All That Glitters

Outfits with high-shine embellishment are a surefire way to get noticed.

Sparkle is hard to ignore. Celebrities understand that outfits with high-shine embellishment are a surefire way to get noticed, whether they come via sequins, lamé material, or metallic accents. At last week’s lineup of premieres and parties, stars focused on fabrication, selecting looks that featured a hint of twinkle or glimmered from head to toe.

At the Rome Film Fest premiere of Eternals, Angelina Jolie and Gemma Chan took the concept in opposing directions, with Jolie in a silver Atelier Versace and Chan in black velvet separates from next-gen couturier Sohee Park’s fall 2021 collection. Both outfits made their respective leading ladies look stunning, and their beauty was matched by the thoughtful craftsmanship that went into each piece. Jolie’s gown utilized deadstock chainmail from the Versace archives, while Chan’s Swarovski crystal-embellished top and skirt were created using recycled materials like much of Park’s work.

Despite the shine, the week’s color palette was muted. Black and silver were the go-to shades, and few deviated from them. At the DKMS Gala 2021, Kaia Gerber kept things minimalist in a sequin-flecked column gown from Marc Jacobs, while Ava Duvernay offered her take on the LBD in St. John at the premiere of Netflix’s Colin in Black and White. To screen her new film Belfast, Catriona Balfe opted for the fanciful metallic micro-florals of Preen by Thornton Bregazzi’s resort 2022 collection.

A hint of color came courtesy of Rihanna, who layered a pastel Raf Simons raincoat over a Miu Miu camisole and a Dries van Noten’s pencil skirt covered in feathers and paillettes. An inspired mix of coordinated blush tones, her sparkling pieces would have made a splash on the red carpet. Still, they were subtle enough for the star to wear them during her nightly dinner at Giorgio Baldi. 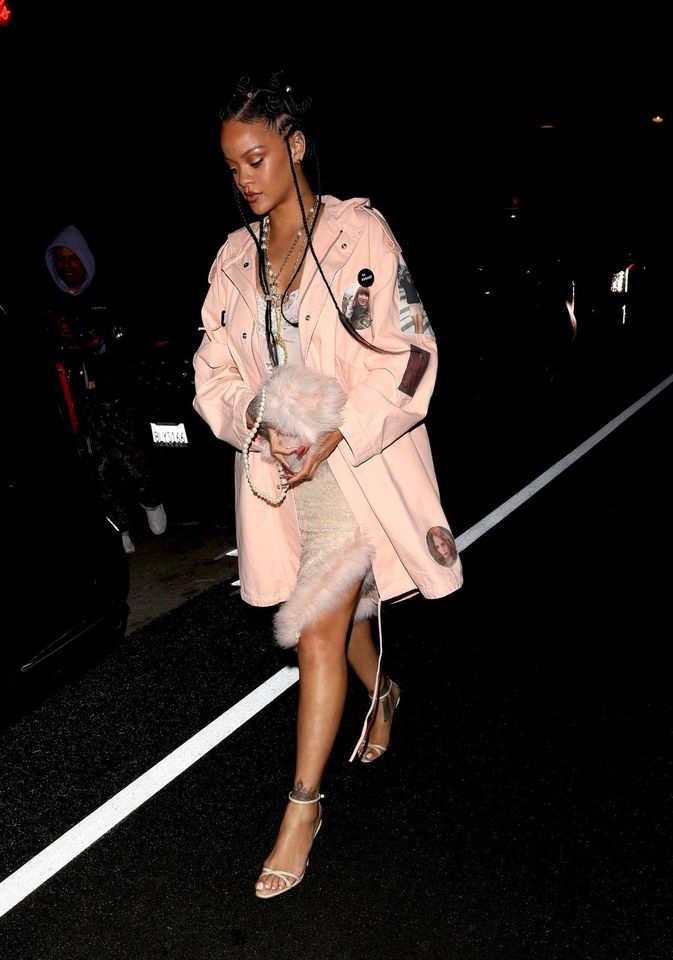 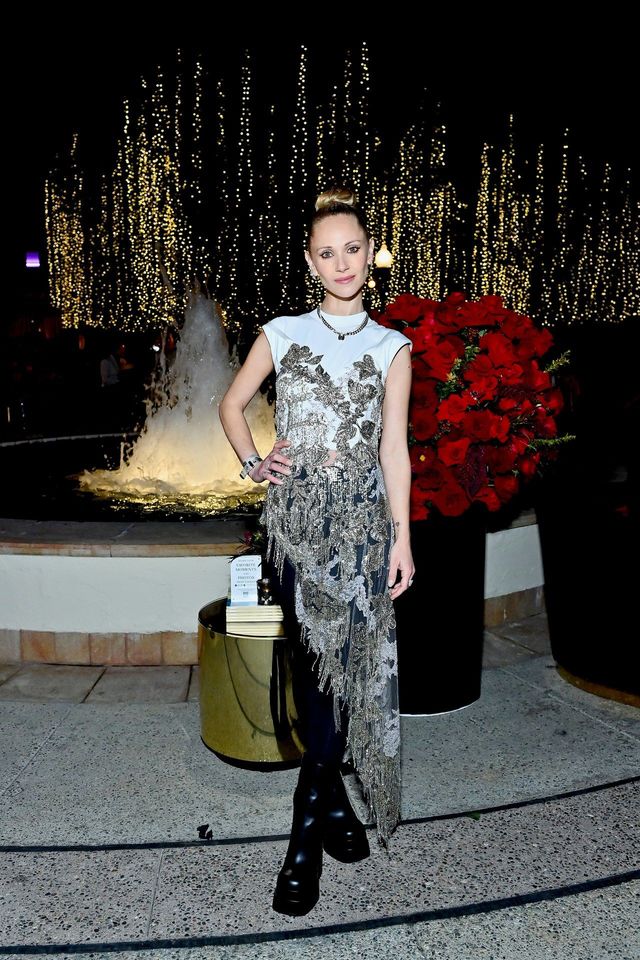 WHO: Juno Temple
WHAT: Alexander McQueen
WHERE: Neiman Marcus Holiday Debut
WHEN: October 26 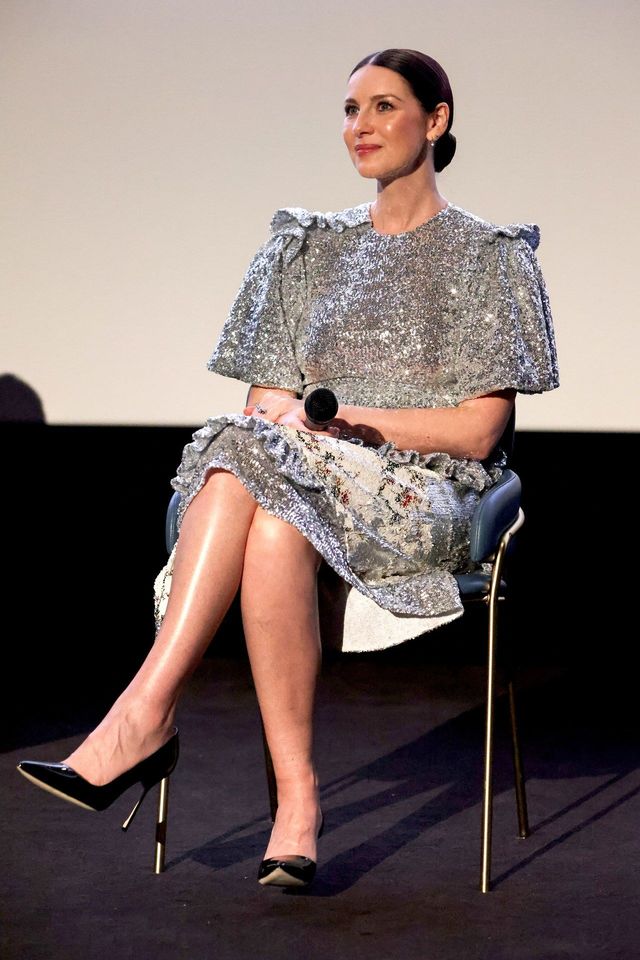 WHO: Caitriona Balfe
WHAT: Preen by Thornton Bregazzi
WHERE: 'Belfast' Special Screening & Cocktail
WHEN: October 28 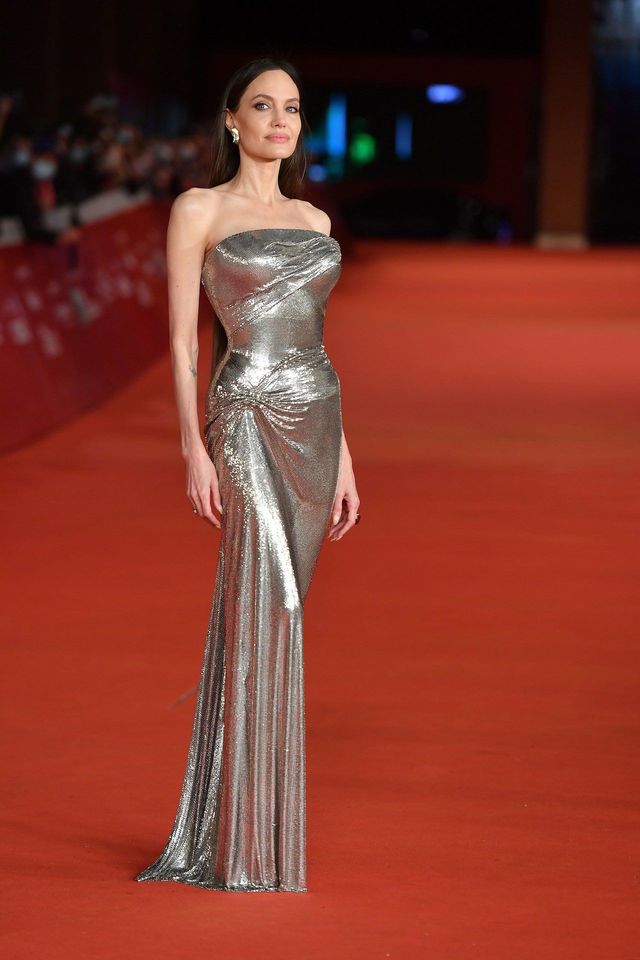 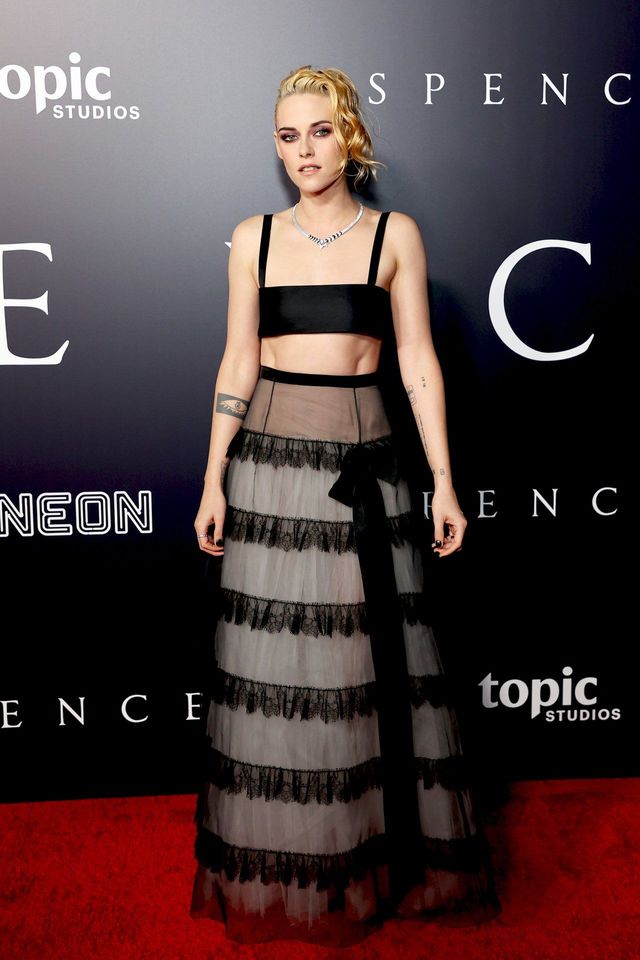 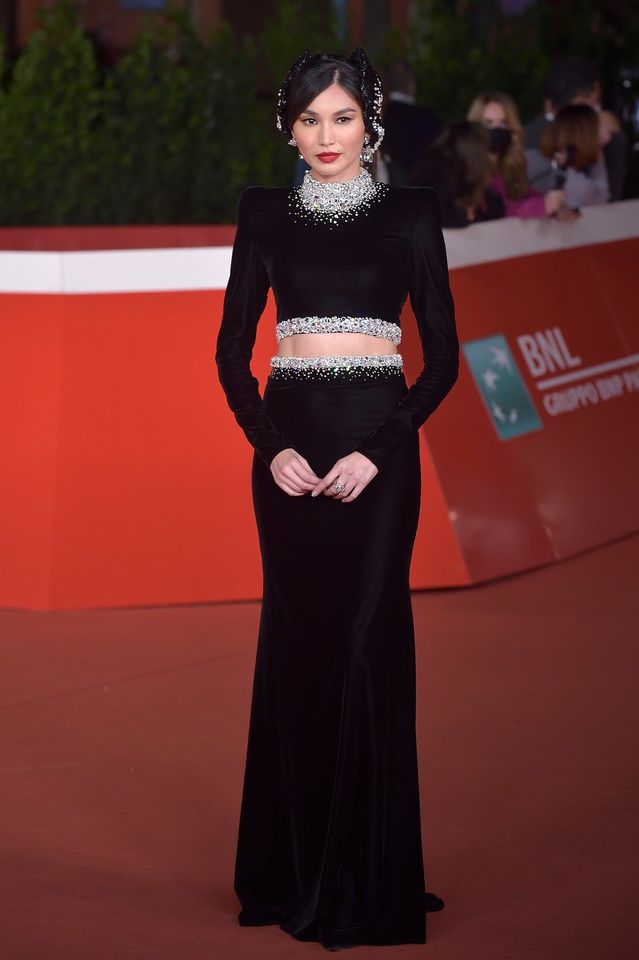 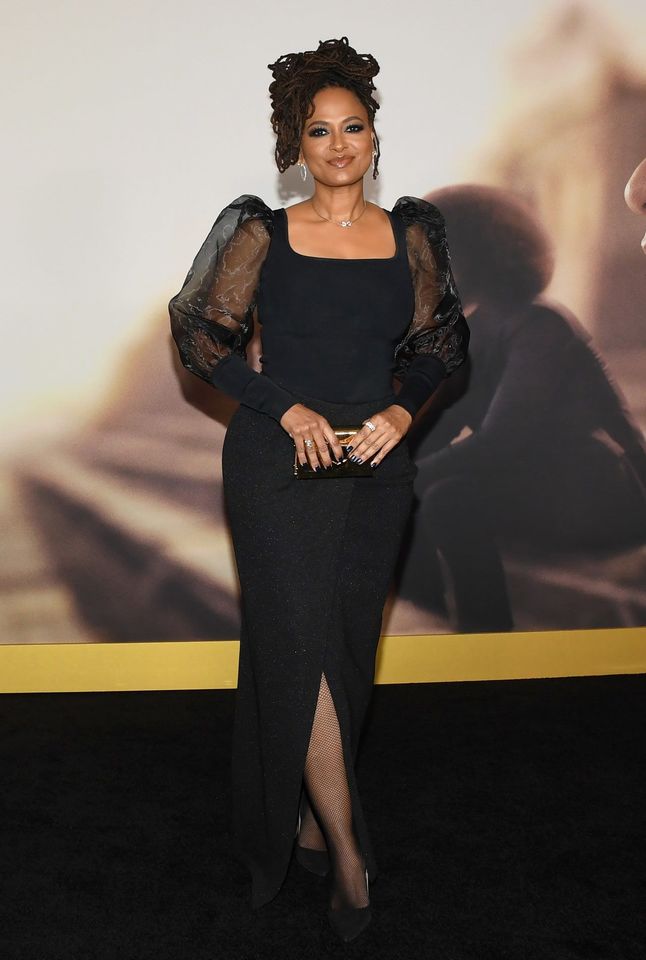 WHO: Ava DuVernay
WHAT: St. John
WHERE: Colin In Black And White Premiere
WHEN: October 28 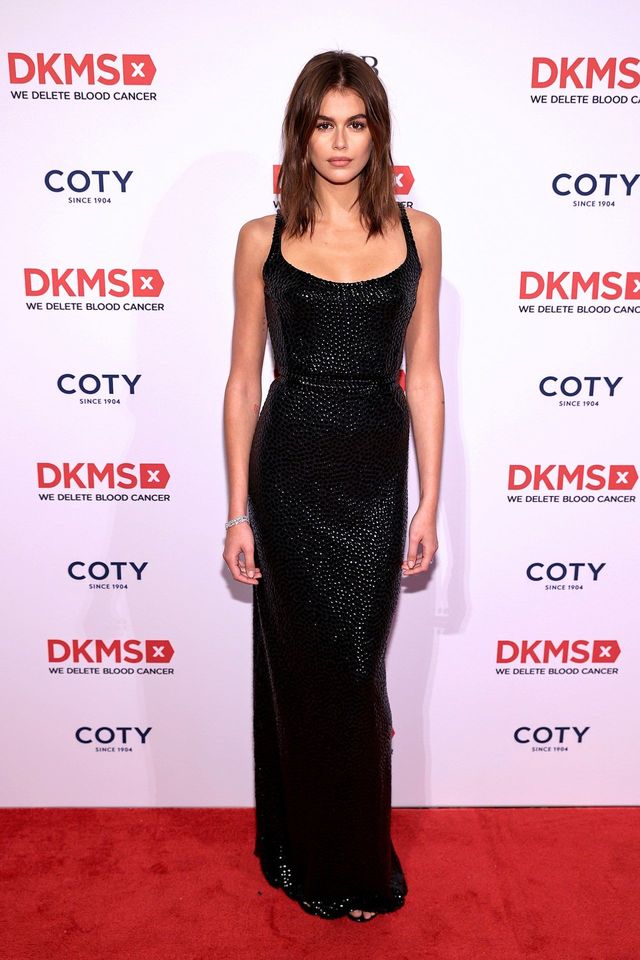 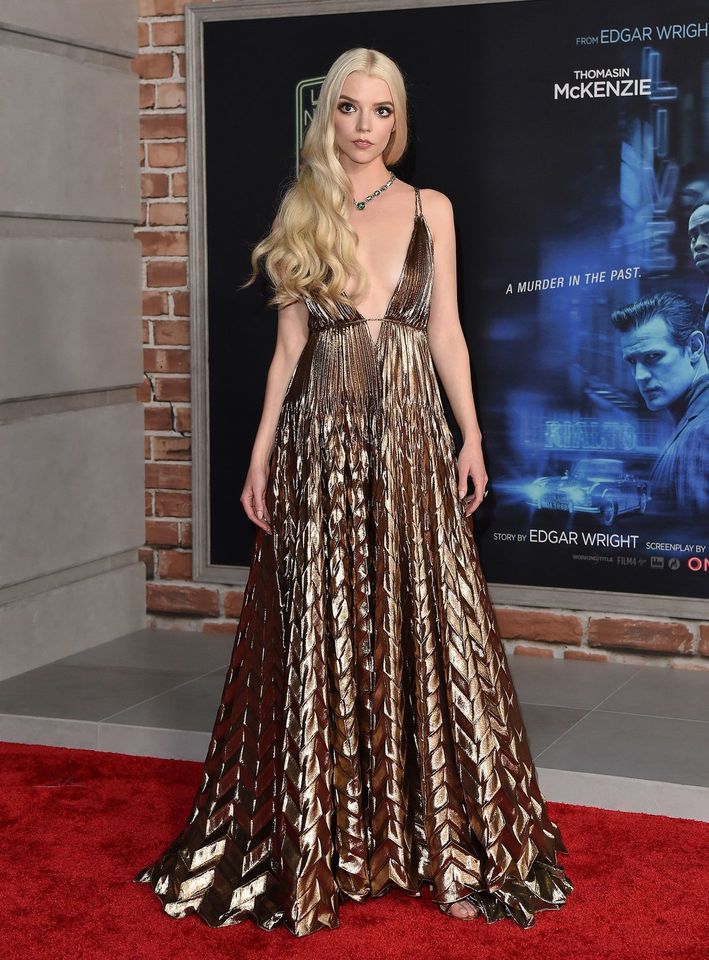 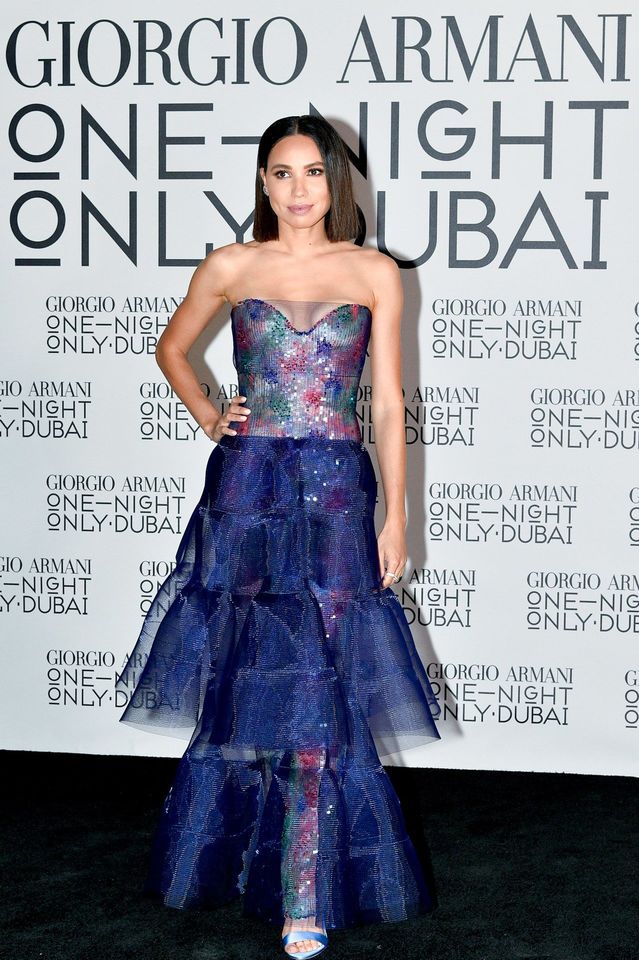 WHO: Jurnee Smollett
WHAT: Armani Privé
WHERE: Armani One Night Only Dubai
WHEN: October 26\