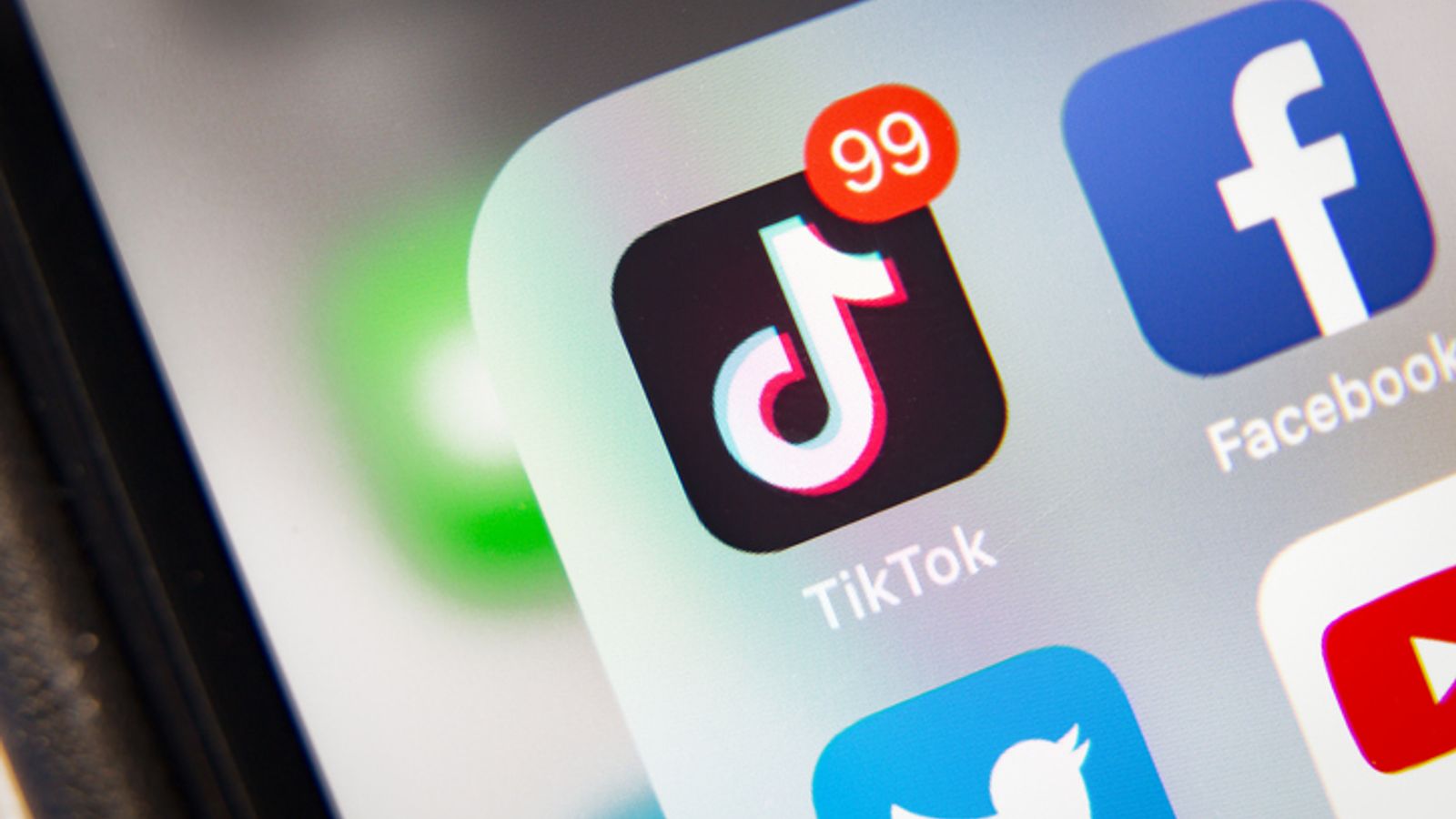 Glen Cooney tells Sky News that scientists must "use us rather than coming up with stuff against us" after multiple reports suggest some videos may be contributing to a rise in tic symptoms among teenagers.

A TikTok influencer has criticised scientists for excluding voices like his in their research after a report found some videos may be contributing to a rise in tic symptoms.

Glen Cooney, 41, an influencer who has Tourette's Syndrome (TS), a condition which causes tics, has told Sky News that scientists must "use us rather than coming up with stuff against us".

He said scientists risk creating a culture of blame against influencers like himself and could damage "people's perceptions about tics". 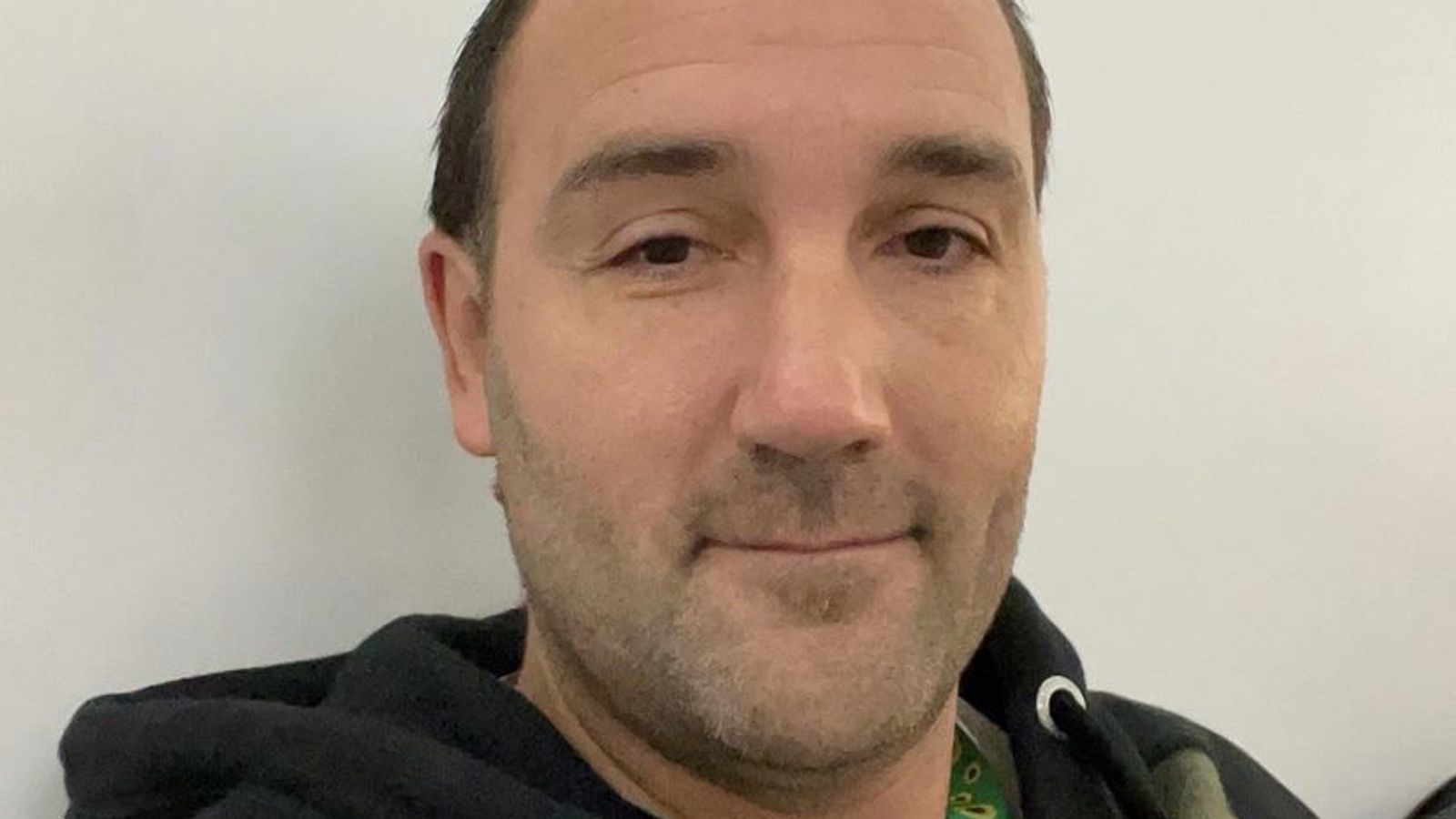 It comes after research published in the British Medical Journal found that videos by TikTok influencers with tic symptoms could be having a concerning impact on users.

The report revealed that, between November 2020 to January 2021, tic clinics at two London children's hospitals both received three to four referrals per week for acute onset tics in teenage girls.

Researchers predicted that referral rates could continue to double if patterns continued but also acknowledged that factors like stress and depression impacted by the pandemic were likely to have contributed to the increase as well.

Dr Tammy Hedderly, who co-authored the report, previously told Sky News that tics increase when they are "observed or talked about" as he spoke about how TikTok could be having a detrimental impact.

But Glen Cooney, known on TikTok as this.tourettes.guy, said doctors need to work with TikTok influencers who have tic symptoms, and who have worked to change people's perceptions about them.

While Mr Cooney agreed there has been a rise in tic symptoms among some teenagers, he said: "We need to be careful how we go about this.

"It has taken years to get to a stage where we can change people's perception about tics. But it can be changed back just like that from studies like this."

He added: "They need to use us instead of coming up with stuff against us. They should reach out to us to use our platforms to try to teach people instead of blaming us."

Mr Cooney added TikTok influencers, like himself, receive hundreds of messages from teenagers to parents asking for advice while the TikTok community has helped to educate people.

But he added that more needs to be done to educate people about tics and Tourette's Syndrome, beyond the social media platform.

The Guernsey-based TikToker has amassed over 3.8 million followers since starting his account last August, with some videos gaining over 60 million views.

Mr Cooney developed facial tics when he was 10 years old following the death of his 11-year-old cousin.

He began creating videos under #tourettes and #tics after seeing hate comments mocking young TikTokers who have TS or displayed tic symptoms.

Responding to Mr Cooney's comments, neurologist Dr Hedderly said: "We are keen to engage in research and discuss ideas for how to help with the influencers and it's reassuring to know they are keen to be involved in finding solutions.

"We agree there are several factors involved and these need to be worked out by a wide group of involved people including those presenting with tic like episodes."

Meanwhile, Dr Jeremy Stern, medical director of Tourette's Action, said: "It has become clearer recently that people with tics can be influenced by viewing others having tics on social media.

"These are mechanisms by which people who already have tics and people who have previously not had tics, can be influenced or triggered by others they admire when displaying tics on social media."

Dr Stern added that further research is needed to understand the deeper causes of tic outbreaks to help those who experience them.