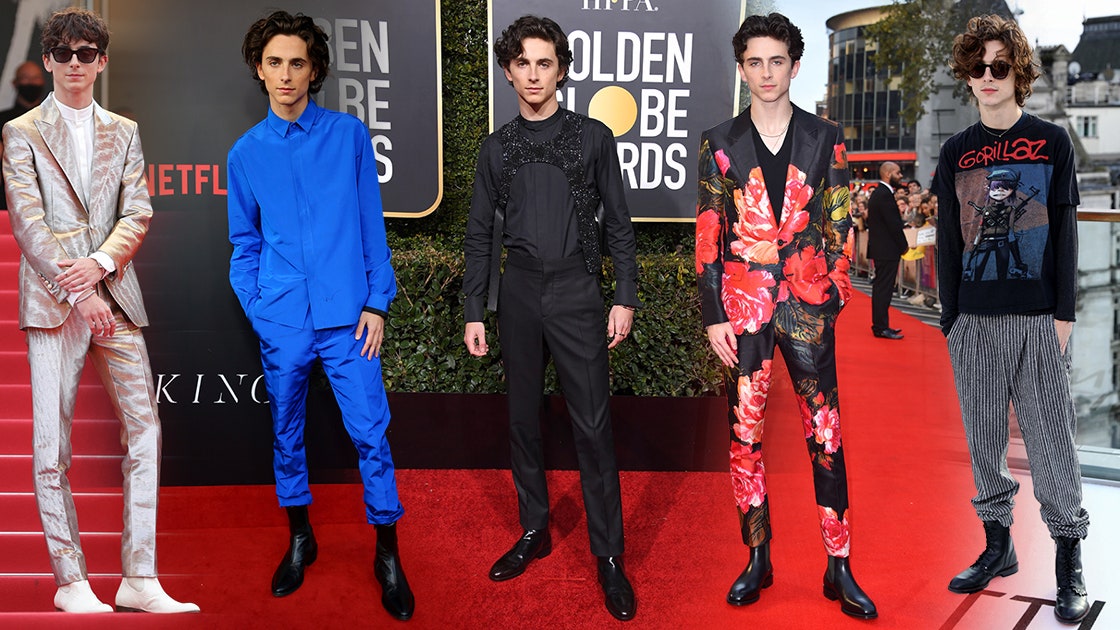 The actor, who is one of this year’s Met Gala co-chairs, pulls off bold suiting and sequin harnesses like no other.

The Met Gala is fast approaching on Monday, September 13th, and one of this year’s co-chairs has a history of owning the red carpet: Timothée Chalamet. Over the past few years, the actor has cultivated a look in Hollywood that’s completely his own. His ensembles are always filled with bold suiting, heeled boots, and even sequin harnesses and hoodies. In honor of the upcoming Met Gala, and in grand anticipation of what he will wear on the Met steps, Vogue is taking a look back at some of Chalamet’s best red carpet looks of all time (and trust us when we say there was plenty to choose from).

Since he burst onto the scene with 2017’s Call Me By Your Name, Chalamet has delivered consistently striking looks on the carpet that challenge the simple (if not snoozy) suits that men often favor in Hollywood. The actor has favored statement styles from Haider Ackermann and Alexander McQueen in particular, repeatedly wearing the two label’s printed or brightly colored suits. On other occasions, Chalamet has experimented with even wilder finishings, such as the sequined Louis Vuitton harness he wore to the 2019 Golden Globes-a viral moment he followed up with a sequined LV hoodie for the 2019 premiere of The King. The latter was embroidered with more than 3,000 Swarovski crystals and 15,000 sequins.

Even Chalamet’s more casual moments have delivered on the style front. For a Little Women photo call in 2019, the actor rocked a graphic tee from the early-aughts band Gorillaz, pairing it with drop-crotch Isabel Marant trousers for a cool effect. More recently, at the Cannes Film Festival in July, he also wore an “In God We Trust” tee by Elara, just a day after wearing a metallic silver Tom Ford suit on the red carpet. These more dressed-down moments are always a refreshing switch-up to his sharp suits.

The most impressive part of Chalamet’s continuing style reign, however? It’s the fact that the star doesn’t work with a stylist, and pulls in all of these ensembles himself-proving he has an innate eye for what’s fresh and modern. Rest assured that, come Monday, Chalamet will deliver yet another strong style statement. We cannot wait!

Below, 19 of Chalamet’s best red carpet looks to date. 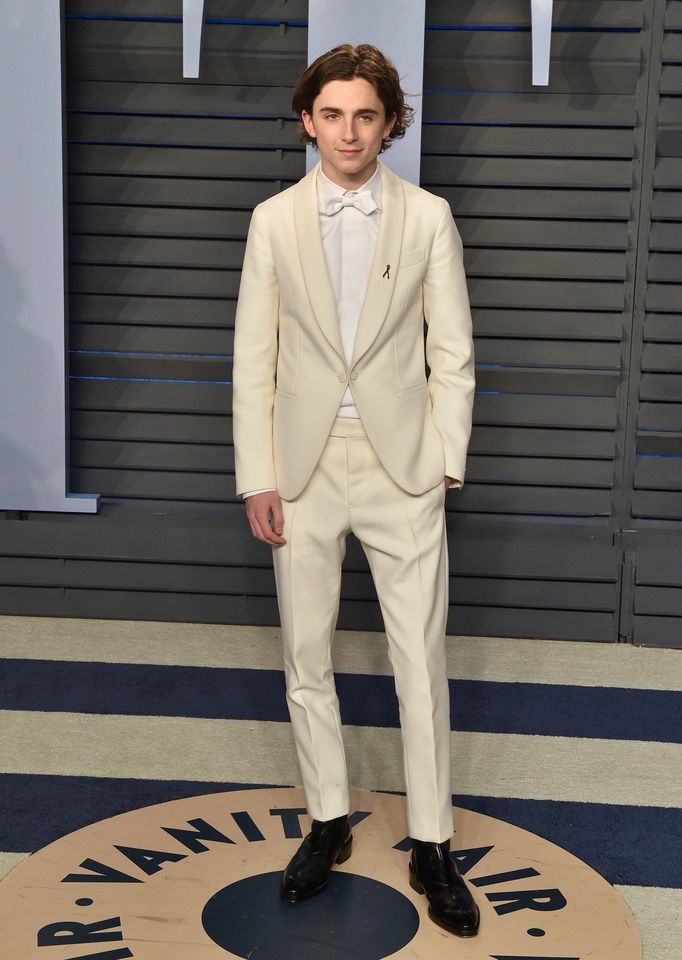 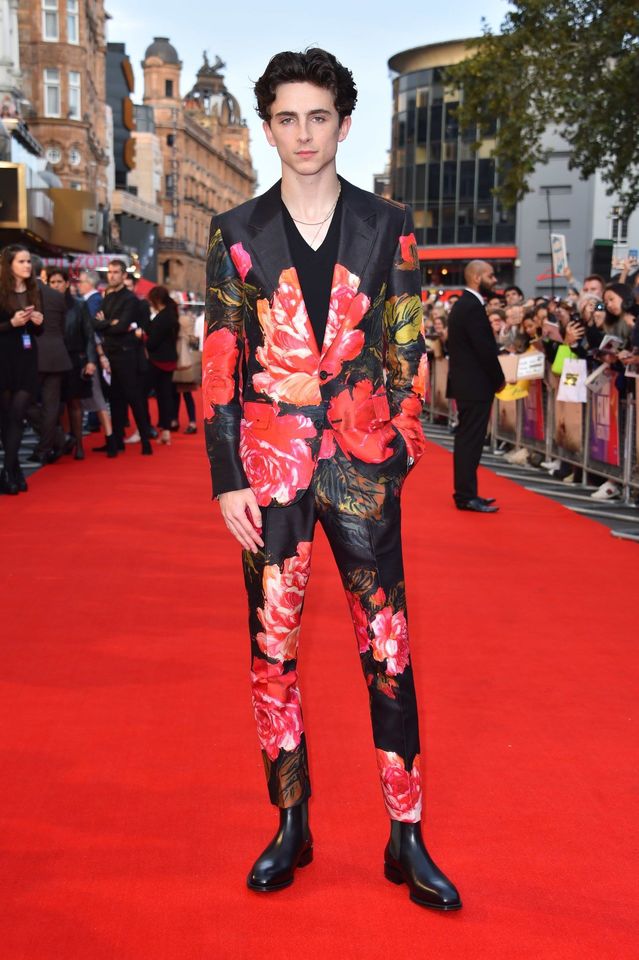 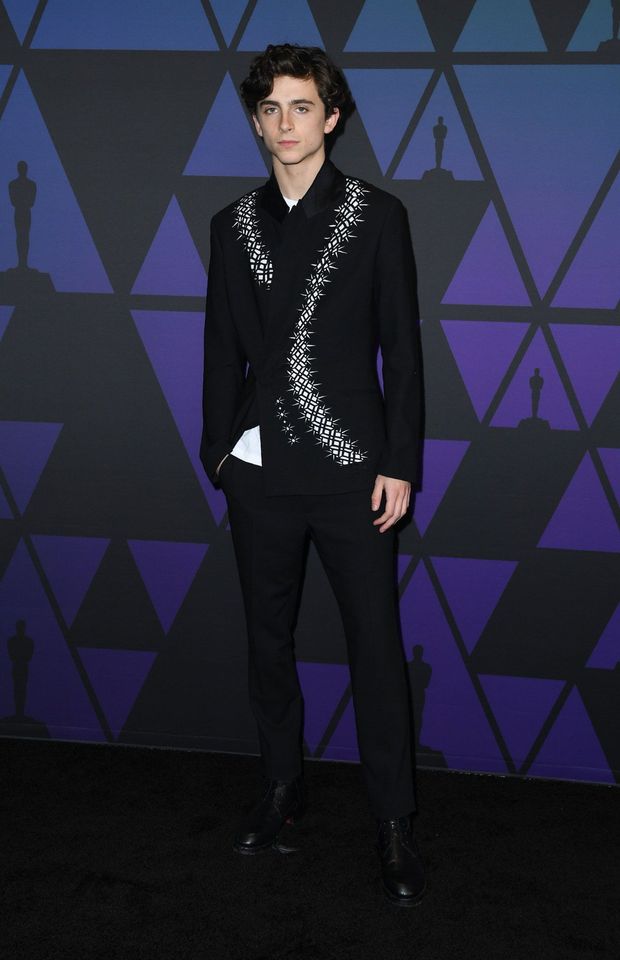 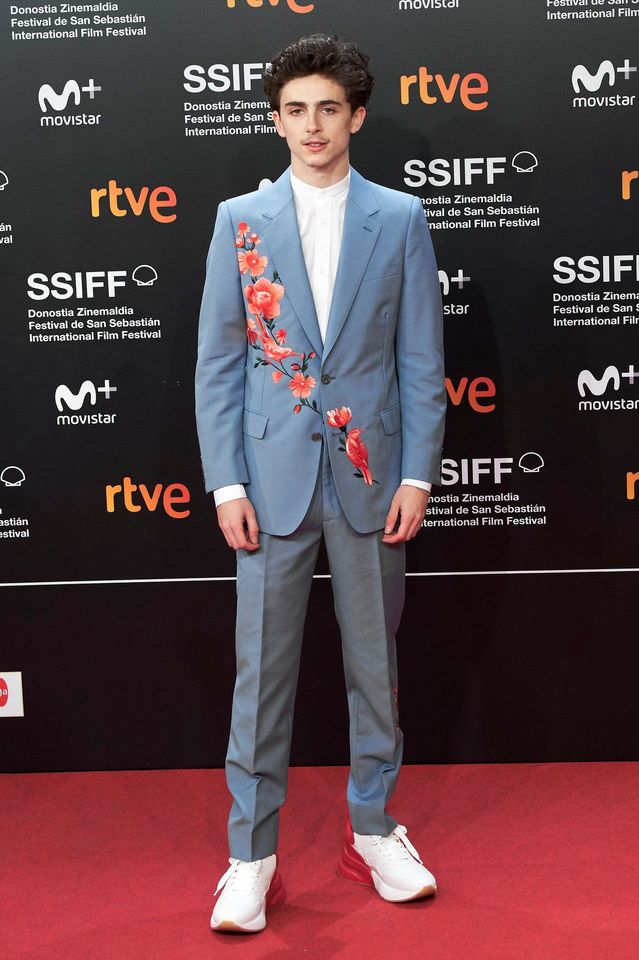 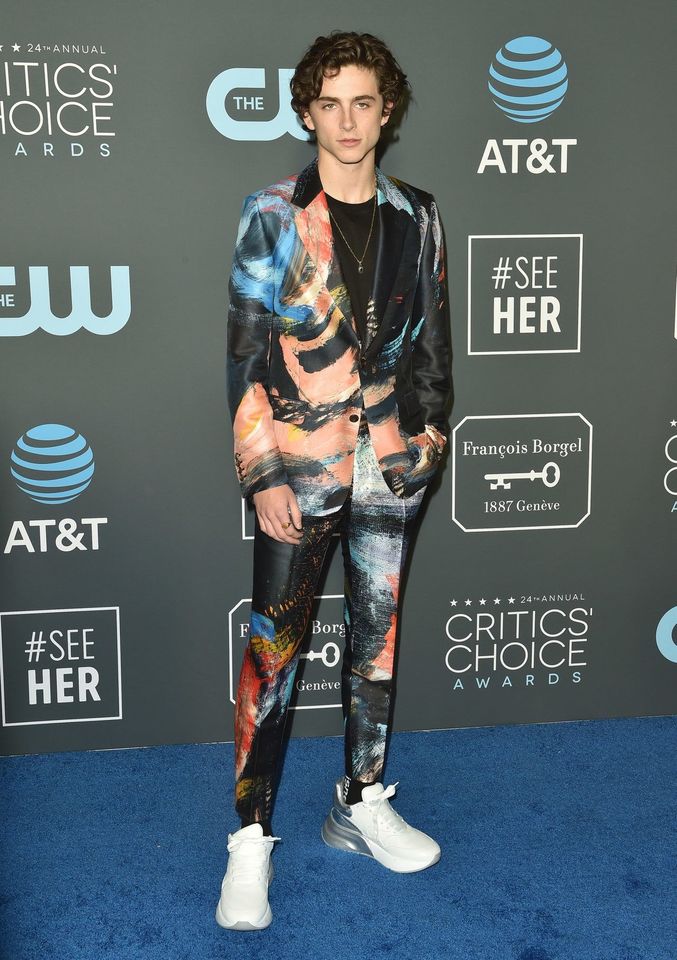 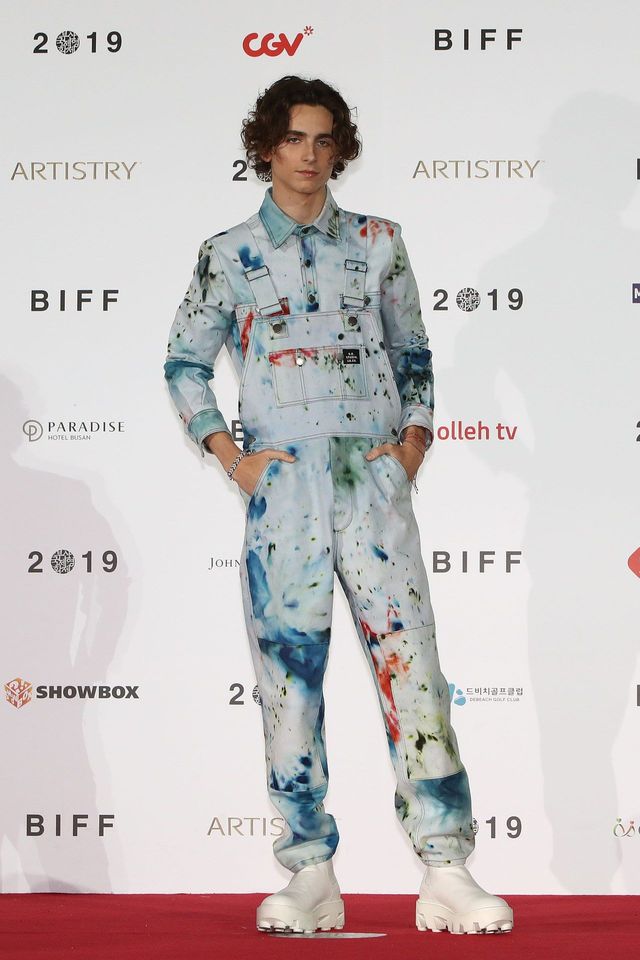 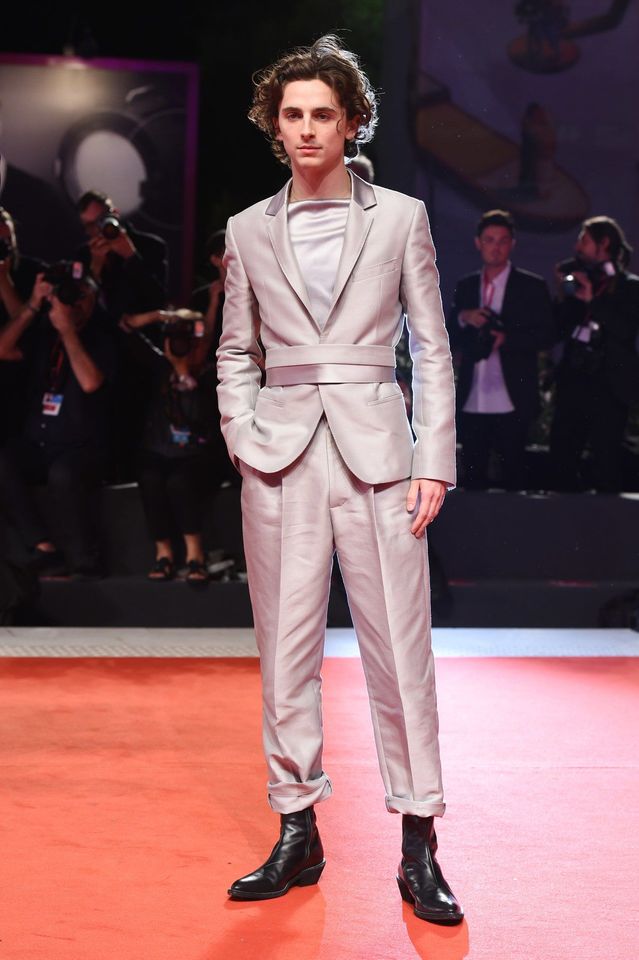 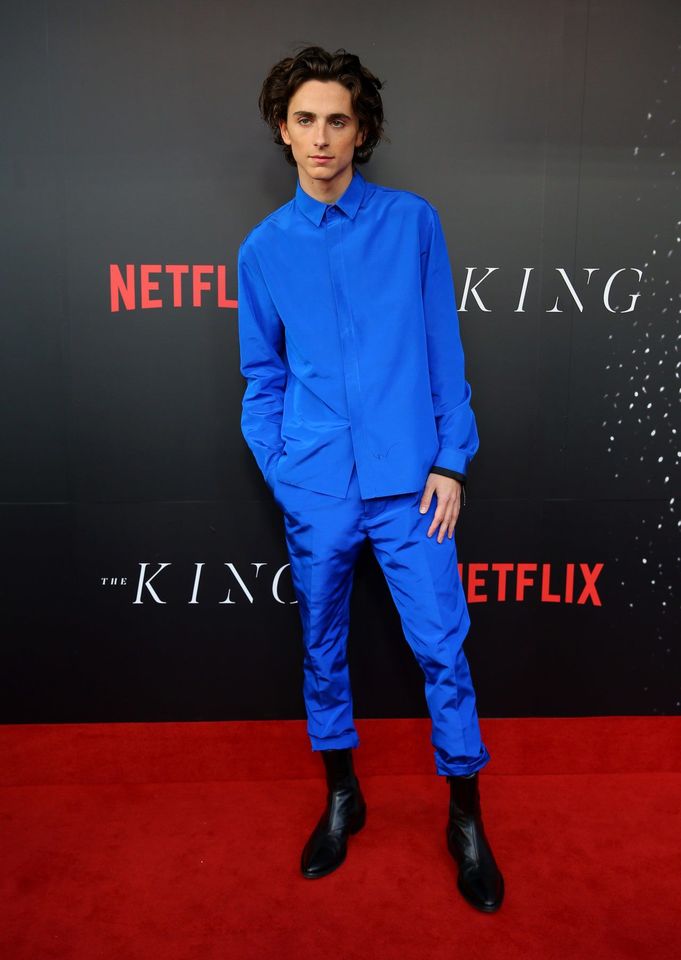 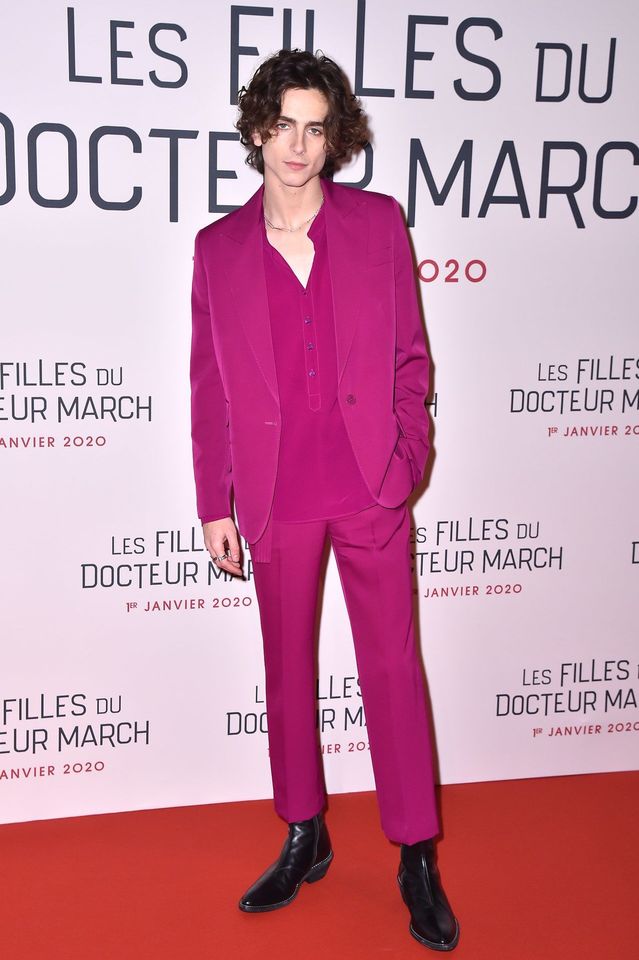 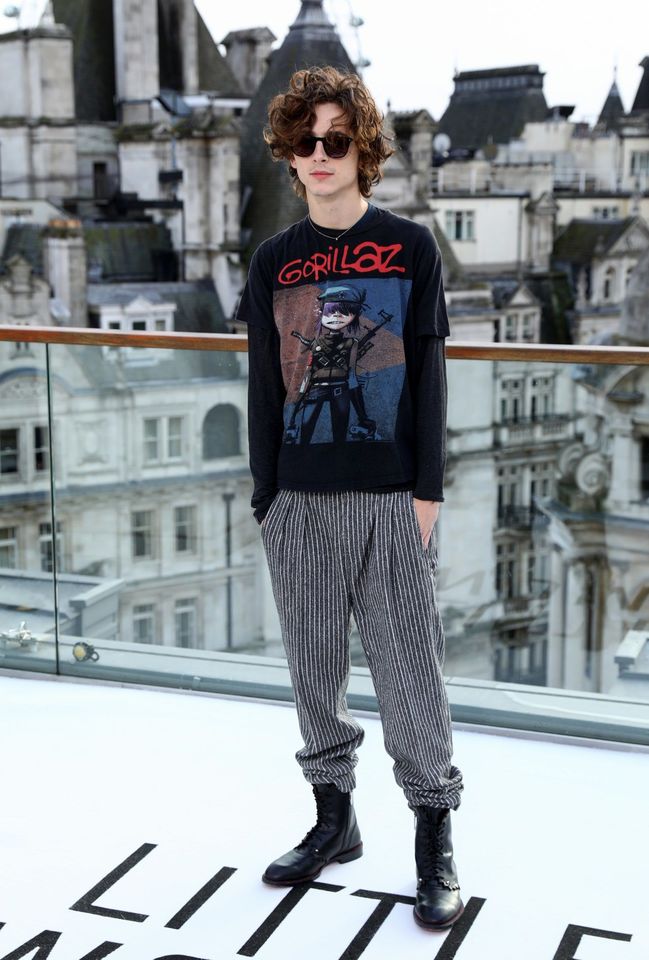 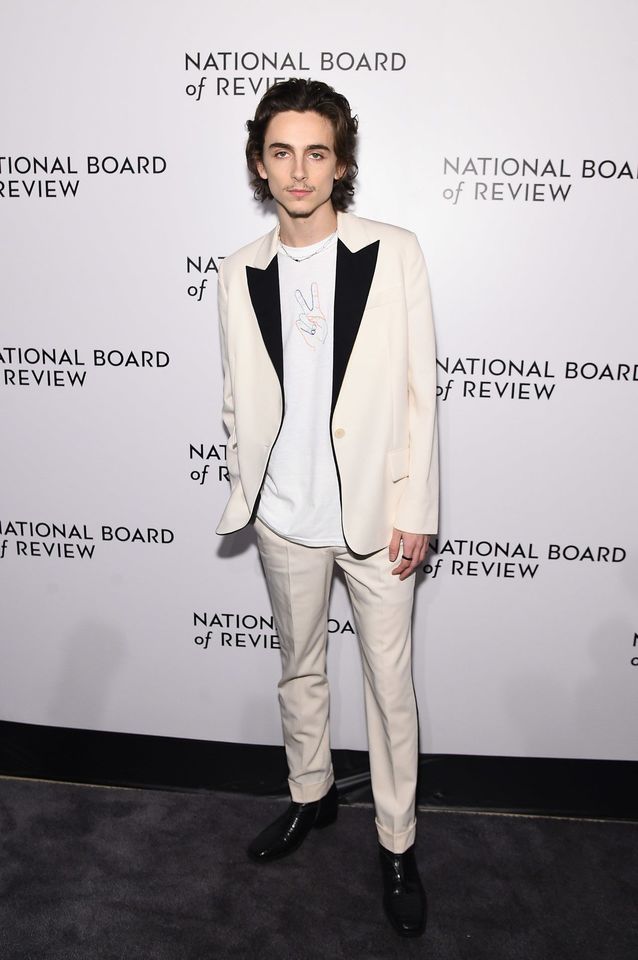 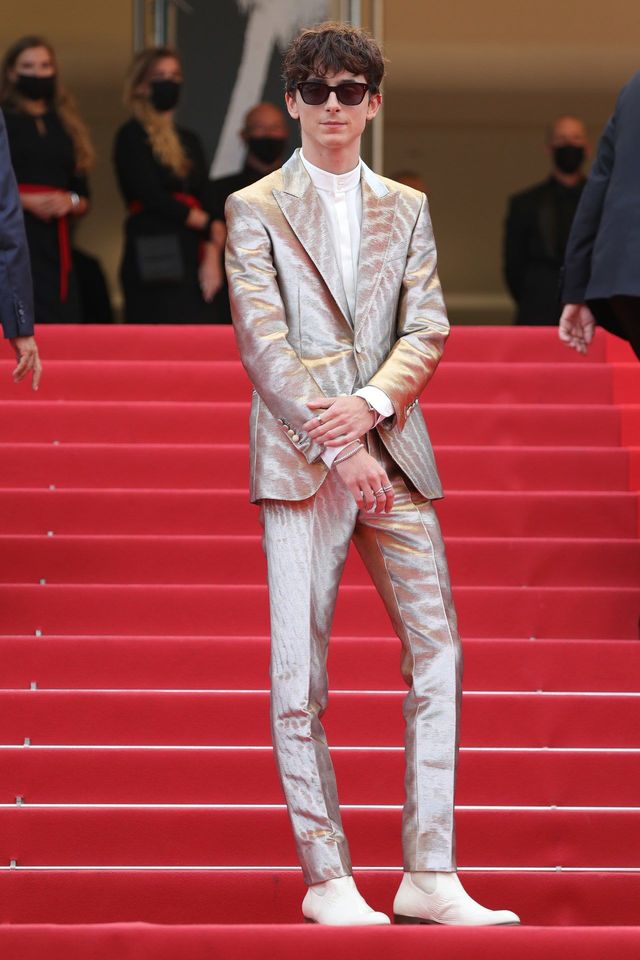