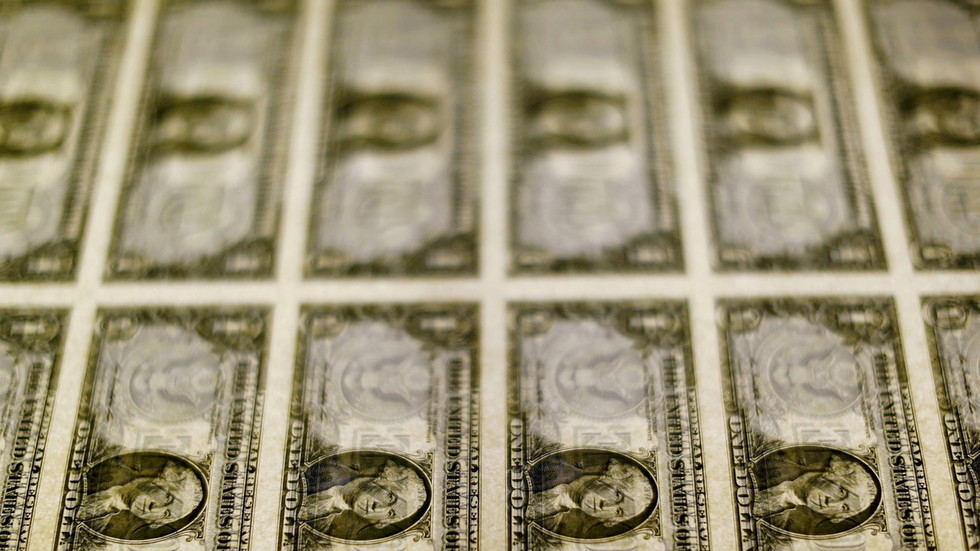 Jack Dorsey may have to censor himself after the Twitter CEO tweeted that hyperinflation will soon grip the US and global economies. The observation, which does not align with the mainstream media narrative, drew pushback online.

“Hyperinflation is going to change everything,” Dorsey said on Friday night. “It’s happening.” When Nigerian businessman Tayo Oviosu – who, like Dorsey, is a cryptocurrency enthusiast – noted that inflation is already soaring at a 16% annual rate in his country, the Twitter co-founder replied, “It will happen in the US soon, and so the world.”

Such predictions might appear to be within the realm of possibility, given that the US consumer price index is already rising at a 5.4% annual rate and the nation’s money supply is ballooning. In fact, as the Wall Street Journal reported earlier this week, the so-called M2 money supply, or the total volume of money held by the public, jumped nearly 36% between the end of 2019 and August 2021. It’s been rising at the fastest pace in nearly 80 years.

However, the take prompted a stinging rebuke from MSNBC host Chris Hayes, who suggested that Dorsey’s tweet may have been driven at least partly by his cryptocurrency investments.

Hayes went as far as to equate talk of hyperinflation to promoting an anti-parasitic drug for treating Covid-19 patients.

“Ideologically it's roughly the equivalent of tweeting about Ivermectin,” Hayes tweeted.

CNN and other media outlets have gone to war against ivermectin, labeling it “horse paste.” Social media platforms have flagged claims about the drug’s potential Covid-19 applications as misinformation.

Others have simply dismissed Dorsey’s warning, arguing that the tech magnate was out of his depth.

Investment trader Christopher Inks, founder of TexasWest Capital, argued that Dorsey’s prediction was off base. “It’s not happening,” Inks tweeted. “This tweet is based on a clear misunderstanding of how the Fed and... inflation actually work. Love what you do otherwise, but this appears to be outside your wheelhouse.”

Another commenter said hyperinflation would mean a currency collapse, adding, “Be careful what you wish for.” Dorsey replied, “Not a wish – nor do I think positive at all.”

Dorsey’s tweet has racked up over 66,000 likes and more than 20,000 retweets since it was posted on Friday. In the past, however, the platform faced accusations of censoring similar opinions.

Back in July, an inflation video posted by US House minority leader Kevin McCarthy (R-California) was deemed “sensitive content” by Twitter’s censorship police, who throttled back its potential exposure by slapping it with a warning label.

The video showed a mother performing daily tasks and listed the rising costs of such items as diapers and coffee. It ended by blaming President Joe Biden and House Speaker Nancy Pelosi for rising inflation, saying they are “making life more expensive.”

A Twitter spokesman subsequently told The Federalist that the platform marked the tweet as sensitive “in error.”

The Biden administration and the US Federal Reserve have tried to downplay rising prices, arguing that escalating inflation is “transitory.” Legacy media outlets have joined in the effort to dismiss the concerns. Such outlets as The Financial Times and Vox have called inflation fears “overblown,” while Bloomberg labeled the recent trend a “stimulus-led outlier.”

Hyperinflation could be economically devastating, as it’s typically defined as out-of-control inflation in which consumer prices surge at a rate of more than 50% monthly. Like precious metals, cryptocurrency is touted as a hedge against high inflation because it’s not vulnerable to excessive government spending and increasing money supplies.

Inflation may become an increasingly taboo topic if it continues to accelerate. Bitcoin proponent Balaji Srinivasan noted that in inflation crises, governments tend to block the public from price data. “Twitter should prepare for the moment when it must fact-check the establishment on inflation,” he said.