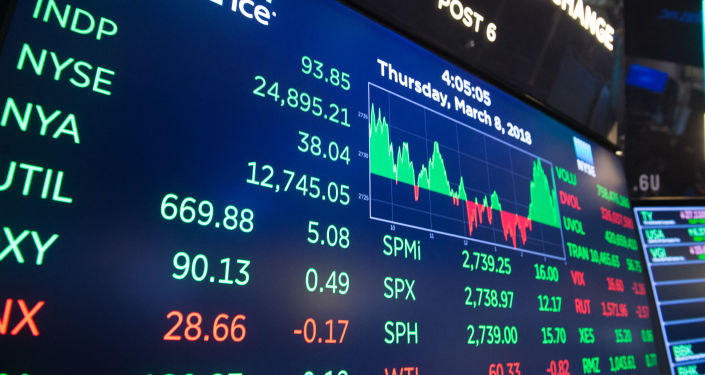 The shift in American capital movements is taking place amid a massive sell-off of shares of Chinese companies, prompted in no small part by Beijing's perceived crackdown on private IT and education firms.

D1 namely sold 25 million shares, or a 1.5% stake, in the New Oriental Education & Technology Group. Soroban Capital Partners, in turn, closed its 2.06-million-share position in the Alibaba Group Holding. The companies closed their China-based positions in the second quarter, right before a major sell-off on the Asian markets, dubbed "ugly July" by some investors. The Nasdaq Golden Dragon China Index tracking almost 100 top companies in China showed a 22% decline in July alone.

The Chinese companies' shares plunged following a series of changes in the country's economic policies, which are perceived as a crackdown by Beijing mostly targeting IT giants. The latter have long driven the Chinese economy, but have operated practically unchecked. The Chinese authorities have condemned some of their competition practices in the past.

However, the Chinese economic policy changes have also affected education companies, such as New Oriental Education & Technology. These companies have been severely limited in how they can earn profits from their operations.

The sell-off is apparently continuing in August. The Hang Seng Tech Index, which benchmarks the shares of the 30 largest technology companies listed at the Hong Kong exchange, showed a fall of 3.7% on 17 August and nearly 16% since the last peak at the end of June. The SEC has already issued a warning to all US market players, saying that investing in Chinese stocks might be risky at the moment.