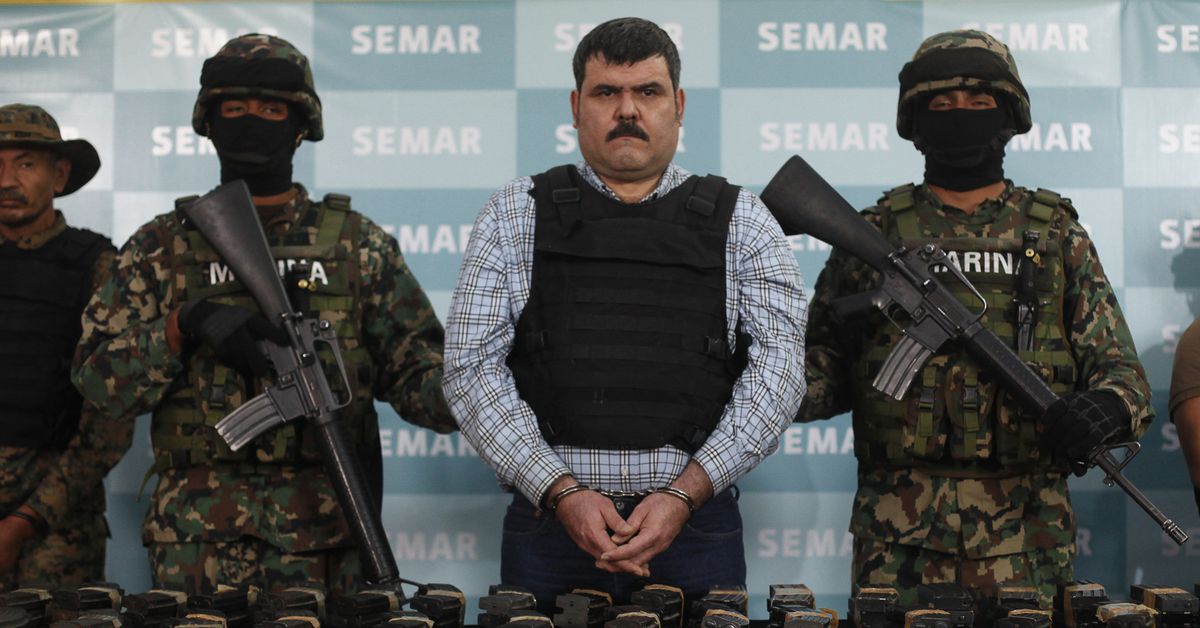 Mexican crime lord Jorge Costilla Sanchez was sentenced to life in prison in a U.S. federal court on Thursday for his involvement in trafficking marijuana and cocaine to the United States, the Justice Department said.
Costilla, also known by his nickname "El Coss," was head of the Gulf Cartel and one of former Mexican President Felipe Calderon's most-wanted criminals during his clampdown on drugs.

He was captured by Mexican forces in 2012 and presented to the media alongside a spectacular display of gold-encrusted guns and jewelry. He was extradited in 2015 to the United States, which at the time offered a $5 million reward for his arrest.

"This was a long, but very important case to the district and especially our partners in Brownsville," said U.S. Attorney Jennifer B. Lowery. "The life sentence speaks for itself. Justice has now been served," Lowery added.

"Costilla-Sanchez brought poison to our communities, and our collaborative efforts with our local and federal partners brought him to prison," said Special Agent in Charge Daniel C. Comeaux of the Drug Enforcement Administration - Houston Division, celebrating the sentence.

"We will continue to aggressively go after any drug trafficking organization wanting to profit from our communities," said Comeaux.

Costilla was a police officer in the Mexican border town of Matamoros before leading the cartel - also known as CDG for its initials in Spanish - after its former boss, Osiel Cardenas, was arrested, according to authorities.

His sentence comes a day after Mexico's lower house voted to extend the policing powers of the country's army until 2028, in a bid to tamp down on rising violence.

Human rights organizations have decried the bill, which still must be passed by the senate, due to fears it could trigger abuses by the state.