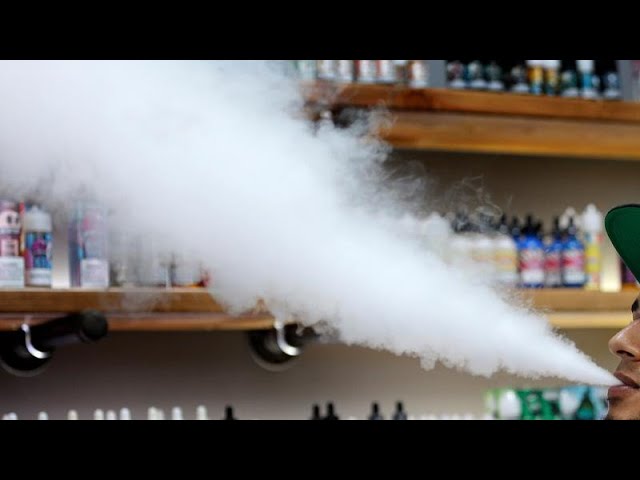 According to the Ministry of Health, the country could become the first in the world to prescribe electronic cigarettes as a medical device.

E-cigarette manufacturers can now submit their products to the British Health Products Agency, called the Medicines and Healthcare products Regulatory Agency (MHRA), to follow the same approval process as prescribed medicines, the British Department of Health said in a statement.

If approved, doctors could decide on a case-by-case basis whether it is appropriate to prescribe an e-cigarette to patients to help them stop smoking, according to the statement.

“The evidence is clear that e-cigarettes are less harmful to health than smoking tobacco and that nicotine-containing e-cigarettes can help people quit smoking for good,” Dr. June Raid, chief executive of the MHRA said.

“The updated guidance on licensing requirements we have published today is a strong first step towards availability of safe and effective licensed e-cigarette products.”

While e-cigarettes "contain nicotine and are not without risk," Raid said, the UK government stresses that they are less harmful than tobacco, citing British and US studies.

A medically approved e-cigarette would have to undergo "even more rigorous" safety tests, the department said.

Smoking is the leading cause of preventable premature death - almost 64,000 deaths in England in 2019 - and while smoking is at its lowest level in the UK, there are still more than six million smokers in England.

Highlighting the significant disparities in smoking between deprived and wealthy areas, Boris Johnson's government is making this initiative part of the Conservative prime minister's promised "rebalancing" of the country.
#Boris Johnson  #Johnson