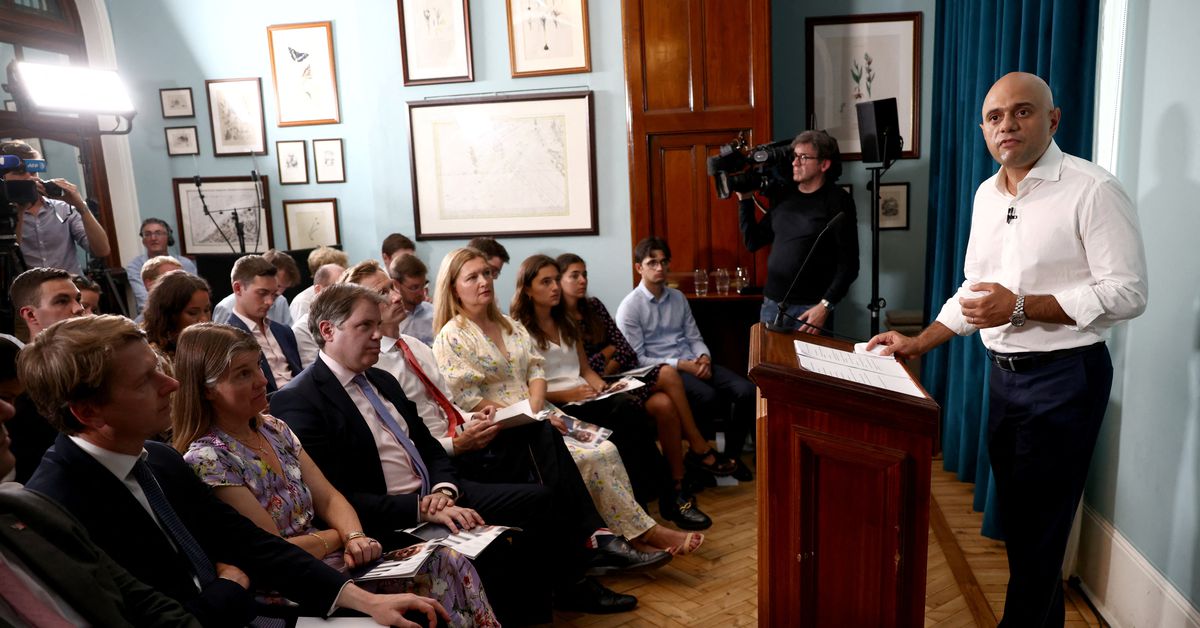 Sajid Javid, a contender to replace Boris Johnson as Britain's prime minister, said on Monday he would cut a slew of taxes and hold an emergency budget to increase help for households hit by the rising cost of living if he was chosen as leader.
Javid, a former finance minister and health minister, is one of several candidates to be Conservative Party leader promising tax cuts. He said he would bring forward an income tax cut, halt a corporation tax rise, and scrap an increase in social security contibutions.

He would also cut fuel duty by 10 pence a litre and launch a new 5 billion pound package to reduce energy bills.

"It is vital that we do more to support families dealing with the spike in inflation," Javid said in a policy document.

"These are one off costs to be announced in an Emergency Budget which ... will have minimal impact on fiscal headroom in 2024/25."

Javid quit the government last Tuesday, the first senior minister to resign over Johnson's handling of a string of scandals, triggering the eventual implosion of the government.

In a document setting out his economic plan, Javid said he would bring forward a planned income tax cut to 19% from 20% to come in from 2023, rather than in 2024.

He also said he would ditch the National Insurance Levy - an increase to social security contributions that took effect in April and he publicly defended as health minister to boost spending on the National Health Service and social care.

He said he would control public sector wages by ensuring pay does not go up by more than recommended by independent reviews.
#Boris Johnson  #Johnson