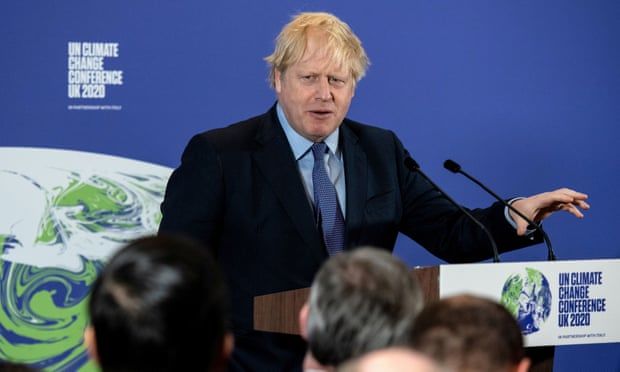 The UK’s top climate adviser has pushed back strongly against “defeatist” criticism that the country’s net zero target is expensive, and urged the Treasury to pick up the currently “incremental” pace of decarbonisation.

Chris Stark, the chief executive of the Committee on Climate Change (CCC), urged the debate over net zero to be framed in a more positive light: “It can be done,” he said. “It is worth it … I hope we can move away from thinking about the cost and see it as a mission to modernise the economy.”

Two years ago, the UK led the world in adopting a 2050 net zero target, which is essential if humanity is to have any chance of keeping global heating to the relatively safe level of 1.5C to 2C. Last December, the CCC outlined five ways to reach that goal, which the cabinet will soon have to decide on before the Cop26 climate summit in Glasgow in the autumn.

In recent weeks, however, there has been a wave of criticism by rightwing commentators that the costs are too high, which has put the spotlight on which side of the debate the Treasury will back.

Stark said it was essential for the chancellor, Rishi Sunak, to endorse the government’s net zero plan because his spending review would shape its prospects.

“There are some big decisions to be had in there,” he said of the cabinet talks. “We cannot keep inching forward on all this. The incremental pace we have seen in some policies over the past 12 months is not going to cut it. This is a big moment. That moment is coming ahead of Cop26. There will be a lot of focus on what that strategy contains.” 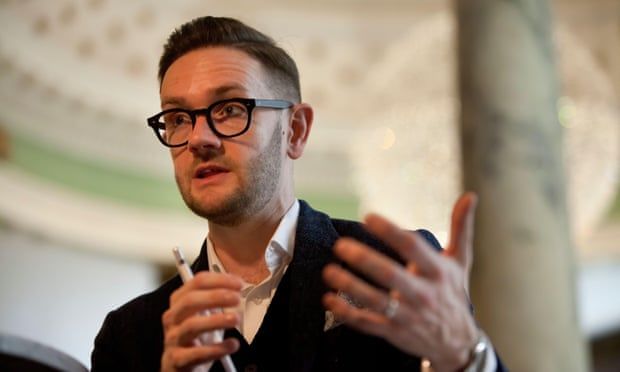 Chris Stark said recent criticism of the CCC had been ‘unpleasant’ but urged the UK to take a leadership role in achieving net zero target.

He acknowledged that some of the recent criticism of the CCC had been “unpleasant” but welcomed the debate about how to move to net zero. “I hope there is a battle around the cabinet table because they have to own it.”

But he argued for a change in the narrative to a more upbeat message reflecting the success so far in reducing the cost of wind and solar power prices, the phasing out of coal and the decoupling of economic growth from carbon emissions. “This is such a positive story … I would love to see the chancellor shouting this from rooftops,” he said. “Why is the framing of this often so defeatist? I think we should try to change the record on this. The scale is this transition is what is so exciting about it. We didn’t blink in the past when we made these national transitions, like from coal to town gas, and from town gas to North Sea gas. We made it a national priority and we were proud to see it through.”

However, he said the government had some tough choices to make. Whichever pathway the cabinet chose, Stark said state intervention would be necessary to ensure costs and benefits were spread fairly across regions and corporate sectors. Policies would also be needed to encourage modest lifestyle changes, including less meat consumption and a switch to electric cars, he said.

“This is a difficult moment for those who like less state intervention,” he said. “This is the contentious bit. For those of you on the right, this can sound a bit state-y, and a bit command-and-control-y.”

But he said the market would play a vital role and the private sector needed clear policy signals to support investment decisions that would decarbonise and upgrade the nation’s transport, heating, energy and building stock. He estimated this would require an eighth more capital expenditure in the UK than is currently the case. From 2030 onwards, this would require about £50bn a year of extra spending, mostly by the private sector. Low interest rates and high efficiency benefits would take this to less than 1% of GDP.

Stark said the economic and geopolitical benefits of taking a leadership position would outweigh the costs. He cited industry upgrades, health gains, increasing skill levels in the workforce, levelling up society and improving the natural world, along with greater energy independence and less reliance on fossil fuel from “potentially very nasty” import locations. He said the UK also had a responsibility as a major historical emitter and as a signatory of the Paris Agreement.

Time was of the essence because fossil fuel purchases, such as cars or power stations, tended to have a life of 15 to 20 years, he said, adding that policies were needed now to encourage investment to shift over the coming decade and then be scaled up after 2030.

Using the example of renewables and electric cars, he said: “It can be done. I think it is important to say that.”