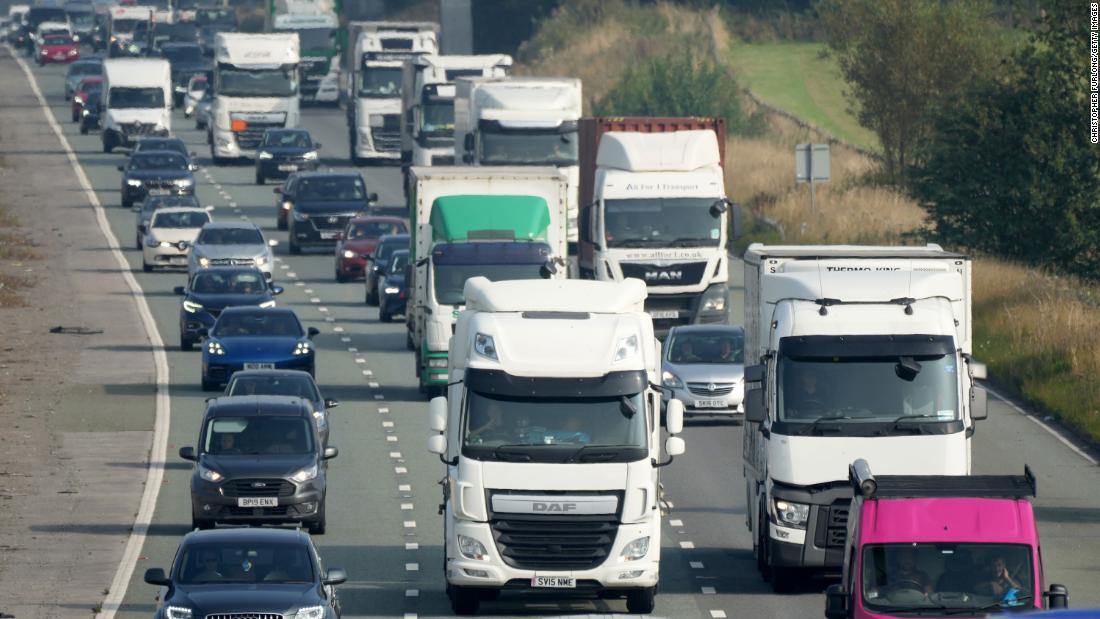 Up to 10,500 lorry drivers and poultry workers are to be offered temporary UK visas in an attempt to avoid supply chain disruptions ahead of Christmas, the government has said in a statement.

The UK government had previously ruled out issuing visas to foreign workers, but reports on Saturday suggested ministers were planning a U-turn.

According to government's statement, 5,000 heavy goods vehicle (HGV) drivers and 5,500 poultry workers have been added to the existing visa scheme until Christmas 2021 "to ease supply chain pressures in food and haulage industries during exceptional circumstances this year."

Up to 4,000 people will be trained as new HGV drivers "to help tackle skills shortages and support more people to launch careers within the logistics sector," and nearly 1 million letters will be sent to all drivers who hold an HGV license, "encouraging them back into the industry," the government said.

Worker shortages are a growing problem in Britain, which had a record 1 million job vacancies between June and August, according to the Office for National Statistics.

The shortage of truck drivers has been exacerbated by the pandemic and Brexit, which resulted in tens of thousands of EU nationals leaving their trucking jobs in the United Kingdom.

A number of sectors have been affected by the shortage of lorry drivers, including food and fuel deliveries.

Motorists in the UK were urged not to panic buy gasoline after a shortage of truck drivers forced some service stations to close, and long lines to appear at others, in recent days.

The UK's Road Haulage Association (RHA) says Britain needs 100,000 more drivers to meet demand. The driver shortage has been caused partly by Brexit and Covid-19, and the loss of about a year of driver training and testing.

"This government continues to do everything we can to help the haulage and food industries contend with the HGV driver shortage," Transport Secretary Grant Shapps said in the statement.

Shapps called on the industry to play its part "with working conditions and the deserved salary increases continuing to be maintained in order for companies to retain new drivers."

"After a very difficult 18 months, I know how important this Christmas is for all of us and that's why we're taking these steps at the earliest opportunity to ensure preparations remain on track," he added.

"This is something UK food and drink manufacturers have asked for over the last few months ... to alleviate some of the pressure labor shortages have placed on the food supply chain," Wright said in a statement to CNN.

"This is a start but we need the government to continue to collaborate with industry and seek additional long term solutions."

But others, including Andrew Opie, a director at the British Retail Consortium, said the limit of 5,000 HGV visas would do "little to alleviate the current shortfall," according to local media.