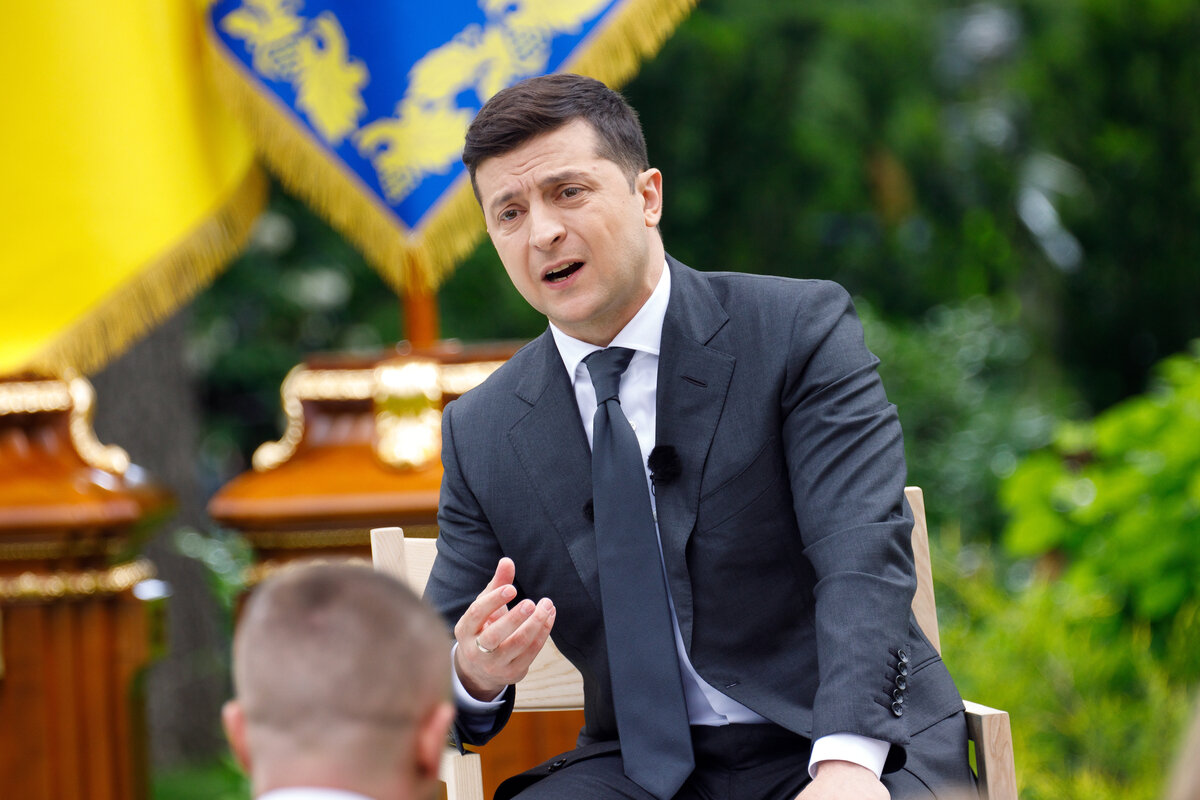 All Russians will be banned from taking part in a huge new selloff of Ukrainian state-owned companies, a senior official has told The Daily Beast.
The move is intended to bolster Ukraine’s economy while freeing it from the tentacles of Russian influence on the 30th anniversary of its independence.

President Vladimir Putin ordered up to 100,000 troops to the border of Eastern Ukraine earlier this year and Russian investors and pro-Russian oligarchs continue to try and increase their influence on Kyiv.

Ahead of President Volodymyr Zelensky’s meeting with President Joe Biden in Washington later this month, Ukraine is moving ahead with an anti-corruption plan that will take more than 3,000 companies out of the hands of state officials, encouraging foreign investors to help create a more modern, Western-looking economy.

The head of the State Property agency—who will oversee the mass privatizations—studied various models of transforming developing democracies in the U.S. “We need Biden to help us speed up and finish the reforms not in 30 but in three to five years, that is why we need the U.S. support so much,” Dmitro Sennichenko told The Daily Beast. “America needs us because we have lots of natural resources, including rare minerals including titanium, magnesium, lithium. Our main goal is to open our economy—right now we have around 3,600 ineffectively managed state companies.”

To make Ukraine more attractive to foreign investors, Kyiv is fighting corruption wars on several fronts. Earlier this month, Zelensky declared the beginning of the “de-oligarchization” of Ukraine, so that post-Soviet tycoons would no longer exert so much influence on politics.

Of course, it is easier to make these sorts of announcements than it is to rid Ukraine of the links between the oligarchs, organized criminals, and secret agents.

Daria Kaleniuk, director at the Anti-Corruption Action Center, told The Daily Beast the country was finding it difficult to root out corruption—and Russian influence. “We are struggling to reform our court, security and management systems,” she said. “[The Ukrainian secret service] SBU had strong ties with Russian FSB, they still find Russian citizens at the agency.”

Reformers are convinced Western politicians can help Ukraine open up for investors and recover from the malaise of post-Soviet corruption.
#Joe Biden