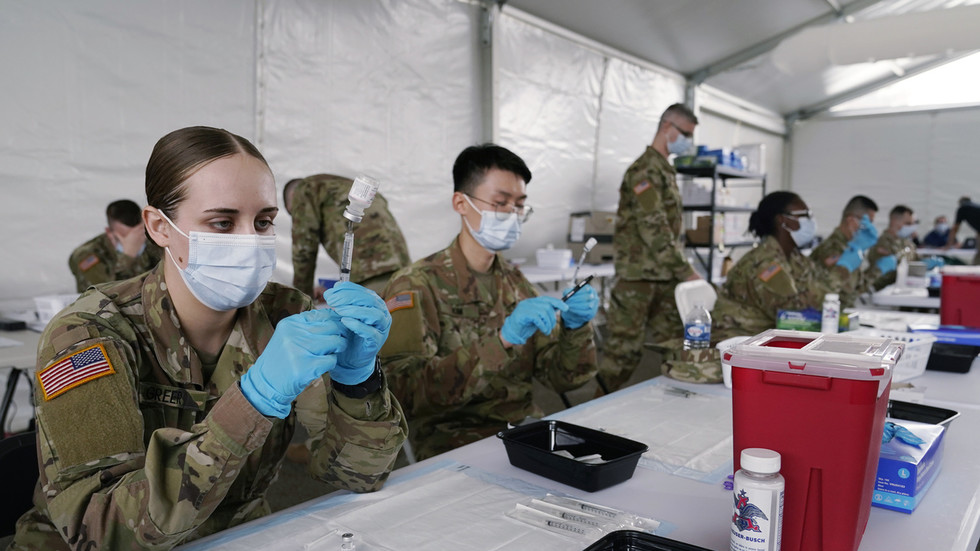 The US Army has ordered commanders to start discharging anti-vax soldiers “immediately,” saying they jeopardize the army’s ability to “win wars”
US Army commanders are to initiate “involuntary administrative separation proceedings” against any soldier refusing to get a Covid-19 vaccine, the Army said in a statement on Wednesday, citing a fresh directive by Secretary of the Army Christine Wormuth.

The order applies to regular army soldiers, active-duty army reservists, and cadets. The only exceptions are those who have approved or pending vaccination exemption requests, the Army said.

Personnel whose requests for exemption on medical or religious grounds have been rejected can appeal that decision, but will have just seven days from the final refusal to either begin a vaccination regimen or face dismissal from service.

Soldiers who are set to leave the force or begin transition leave on or before July 1, 2022, will also be granted an exemption, the Army said.

However, in all other cases, commanders are required to “process these separation actions as expeditiously as possible,” the Army said, pointing to a directive issued on January 31 that details the procedure. Anyone who is to be discharged under the directive will not be eligible for involuntary separation pay and may see their unearned special or incentive pays withheld as well.

“Army readiness depends on soldiers who are prepared to train, deploy, fight and win our nation’s wars,” Secretary of the Army Christine Wormuth said. “Unvaccinated soldiers present risk to the force and jeopardize readiness.”

The Pentagon made vaccination mandatory for all service members in August 2021. In mid-December, the Army reported a 96% vaccination rate among active-duty servicemen, while saying that 98% had received at least one dose.

The Army said it had not discharged any soldiers solely for refusing to receive a jab so far, though it has relieved six ‘Army leaders’, including two battalion commanders, and issued 3,073 reprimands to personnel for rejecting the vaccination order.

The US Army will not be the first military branch to kick out personnel for refusing to be vaccinated. The US Air Force has already adopted such a measure, recently sacking active-duty airmen by the dozens over the issue.
#COVID-19  #vaccine  #Covid