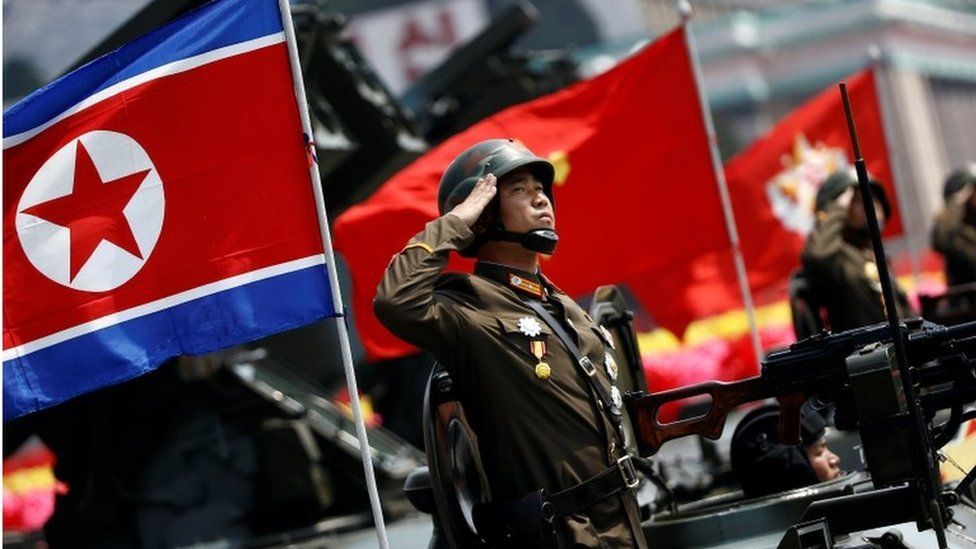 A former US researcher at a cryptocurrency group has been sentenced to more than five years in prison for conspiring to help North Korea evade US sanctions using cryptocurrency.
Virgil Griffith had earlier pleaded guilty to conspiring to violate US law.

He formerly worked for the Ethereum Foundation, a non-profit organisation focused on the technology behind the cryptocurrency ether.

The sentence was the minimum amount of prison time sought by prosecutors.

His lawyer said in a statement that while the sentence was disappointing, the judge "acknowledged Virgil's commitment to moving forward with his life productively, and that he is a talented person who has a lot to contribute".

US Attorney Damian Williams said in a statement that "justice has been served".

In September, Griffith pleaded guilty to conspiring to violate the US International Emergency Economic Powers Act by travelling to North Korea's capital Pyongyang to give a presentation on blockchain technology.

According to prosecutors, Griffith, who has a doctorate from the California Institute of Technology, travelled to North Korea via China in April 2019 to speak at the Pyongyang Blockchain and Cryptocurrency Conference, despite being denied permission by the US Department of State to go.

Prosecutors said Griffith understood the information could be used to evade sanctions that Washington had imposed on North Korea over its development of nuclear weapons.

"The most important feature of blockchains is that they are open. And the DPRK [Democratic People's Republic of Korea] can't be kept out no matter what the USA or the UN says," Griffith said during the presentation, according to prosecutors.

In September, the US Department of Justice said he had "jeopardised the national security of the United States" by undermining sanctions.

The Ethereum Foundation said at the time of Griffith's arrest that it had not approved or supported his travel to North Korea.