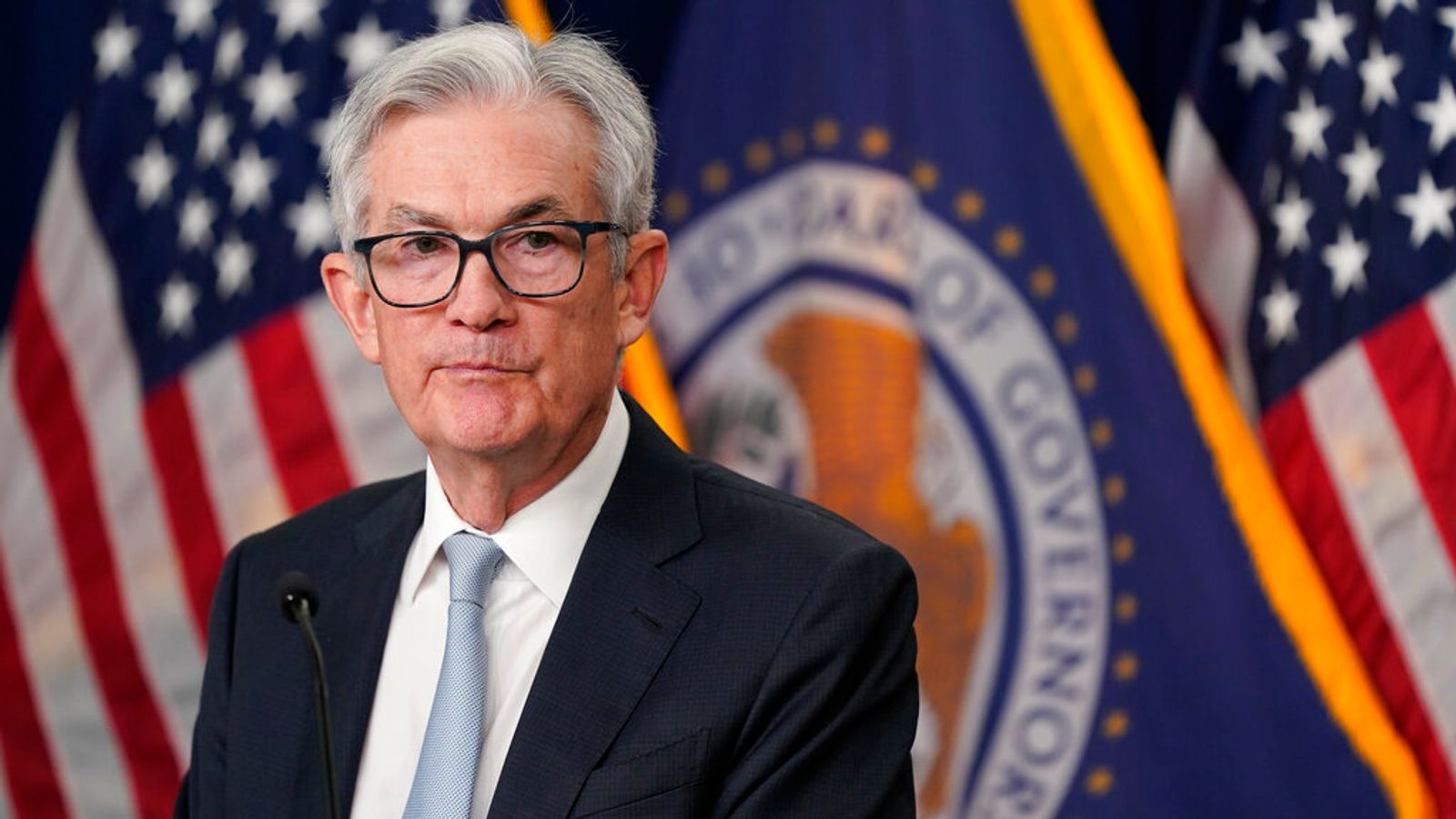 Lower than expected US inflation figures are raising hopes interest rates may not need to be raised as aggressively in the future - but it is by no means clear whether inflation has peaked on this side of the Atlantic.
Today's dramatic US inflation figures raise hopes that the Federal Reserve is winning the fight against the monster.

Consumer price inflation in October came in at 7.7% on a year-on-year basis - lower than the 7.9% Wall Street had expected - and at 0.4% on a month-on-month basis which, again, was lower than the 0.6% that had been forecast.

This was a landmark in itself, since it is the first time since February this year that the headline rate of annual inflation has gone below 8%.

More important still are the so-called 'core' inflation numbers. This is the number that strips out volatile elements such as energy, food and tobacco and is relied on by the Fed as an accurate barometer of underlying inflationary pressures in the economy.

Here, too, the numbers were heading in the right direction.

The figures will raise hopes that the Fed will not have to raise US interest rates as aggressively in future as it has been.

The Fed chair, Jerome Powell, indicated last month that the Fed was even prepared to risk a US recession in order to bring inflation under control and the central bank has raised its main policy, Fed Funds, by 0.75% in each of its last four policy meetings.

The market reaction was instant. US stock futures rose, as did US Treasuries (US government IOUs), sending Treasury yields (which move in the opposite direction to the price) lower.

There was a similar reaction in Europe. The FTSE-100, which had been languishing in negative territory all morning, immediately reversed those losses to post a 1.5% gain. Yields on gilts - UK government bonds and the focus of so much attention lately - also fell.

"Not only is headline CPI back below its pre-Russia-Ukraine conflict level, but some details of the report suggest the long-awaited decline in inflation could now be underway.

"For now, however, despite both core and headline inflation easing, the best we can expect from the Fed is a downshift in the pace of tightening. A 0.5% hike, rather than 0.75%, in December is clearly on the cards but, until we have had a run of these types of CPI reports, a pause is still some way out.

"Let the market enjoy today, it still has another 100bps [1%] or so of tightening to commiserate."

Stuart Clark, portfolio manager at wealth manager Quilter, added: "Inflation in the US has once again fallen, giving some momentum to the idea that the worst is now behind us.

"The rate is lower than expectations and this will provide some relief to consumers and the wider market, however it is worth noting food and shelter is still increasing, so we're not completely out of the woods yet."

Those are points worth bearing in mind. At 7.7%, the headline rate of inflation remains significantly higher than anything most American households or businesses have experienced during the last four decades. The Fed is still going to have to carry on raising the cost of borrowing and not least because, as was shown by other figures published today, the US jobs market still remains immensely strong.

And on this side of the Atlantic, it is by no means clear that inflation has even peaked, as it appears to have in the US.

The headline CPI figure for September was 10.1% and it is unlikely to be any lower when the October figure is published nine days from now. The same can be said for the eurozone where, in October, headline CPI hit 10.7%.

So there is still a lot of pain to come for UK households and businesses.

That said, it is unalloyed good news that inflation in the US is starting to moderate, albeit remaining at a historically high rate.

So far as the fight against inflation goes, the US economy is not out of the tunnel yet, but the light at the end of it is hoving into view.