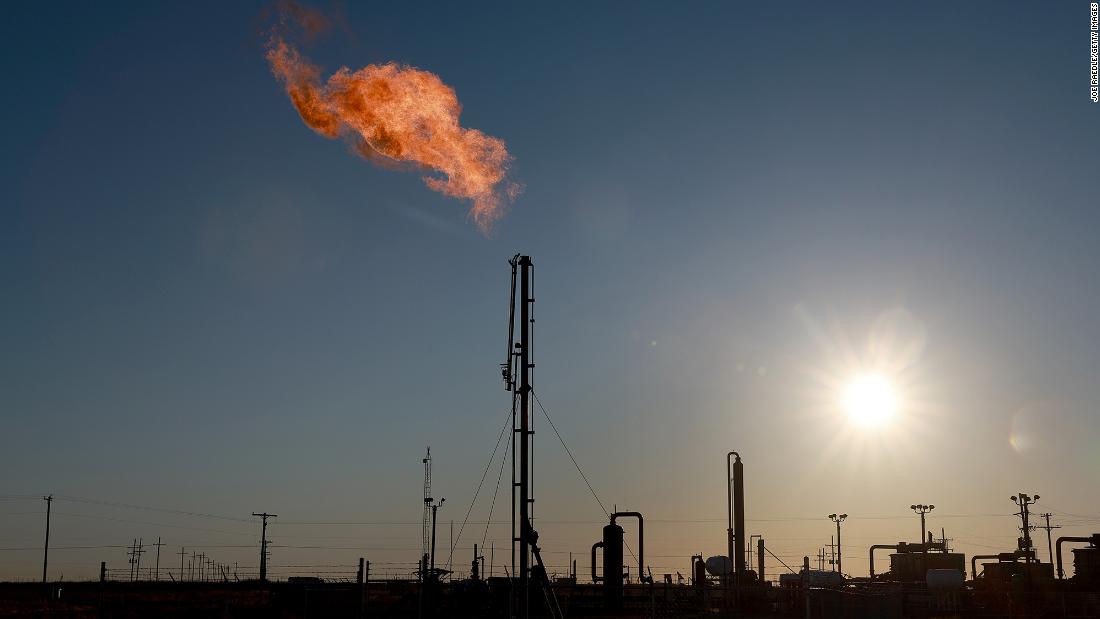 US natural gas prices spike to 14-year high. Here's why

US natural gas prices have skyrocketed to levels unseen since 2008, a spike that threatens to offset the benefits of falling prices at the gas pump.

Although natural gas futures cooled off a touch on Wednesday, they remain up about 70% just since the end of June. And natural gas is up a staggering 525% since closing at $1.48 in June 2020 when Covid-19 had shut much of the US economy down.

The summer spike is being driven in part by high demand as scorching temperatures through much of the country force Americans to crank up the air conditioning. That in turn has chipped away at relatively low inventory levels.

As temperatures drop this fall and winter, the natural gas spike signals sticker shock for families. Not only is natural gas a leading fuel source for the electric grid, it's the most popular way to heat homes in America.

"Depending on the weather, it could be a challenging winter," said Rob Thummel, senior portfolio manager at Tortoise Capital Advisors. "But not as challenging as in Europe. They are at risk of running out of natural gas. We aren't."

Europe's natural gas crisis is being driven by its reliance on energy from Russia, which has slashed natural gas flows to Europe in response to Western sanctions.

The European Union has been forced to lay plans to ration natural gas, a drastic step that will hurt families and businesses. Natural gas prices have skyrocketed so high in Europe that it threatens to send the continent's economy into recession.

For context, Europe's natural gas prices are trading at levels equivalent to about $70 per million BTUs, according to Andy Lipow, president of Lipow Oil Associates. That is roughly seven times higher than prices in the United States.

But that is little consolation to Americans grappling with high prices at the grocery store, clothing stores and at restaurants.

Even as natural gas prices surge, oil prices have tumbled, helping to drive gasoline prices sharply lower. The national average for regular gasoline has dropped 64 days in a row, according to AAA.

Analysts say Europe's natural gas crisis is contributing to the higher natural gas prices in America, although it's not the main driver.

"Higher global prices are trickling down to the US. Natural gas has become a global commodity with the emergency of LNG," said Thummel.

The United States has stepped up its exports of liquefied natural gas (LNG) to Europe in an effort to mitigate the impact of the loss of Russian gas.

"Every spare molecule we can find, we are shipping to the eurozone," said Yawger.

US natural gas production is lagging behind

But the bigger issue for US natural gas is the fact that inventory levels are below historical averages, leaving the market with less of a buffer and driving up prices.

"We entered this year at beaten-down levels and we never caught up," Yawger said.

Supply has failed to keep up with strong demand for gas. Thummel pointed to how US oil and gas producers are under pressure from Wall Street to spend less on expensive drilling projects and more on dividends and buybacks to shareholders.

"We need more US natural gas production. The production levels are too low," Thummel said.

The good news is that higher prices should, eventually, incentivize more production. And investors are not betting today's high prices will continue. The futures market indicates natural gas prices should be almost 50% lower at this point next year.

Then again, very few people thought a year ago natural gas prices would be at 2008 levels. And yet here we are.