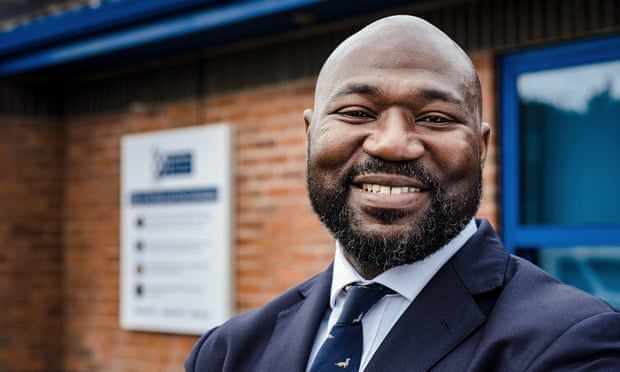 Speaking to the Guardian, Festus Akinbusoye, who recently co-founded an organisation aimed at improving the Conservative party’s “toxic” brand and its relations with the UK’s African-Caribbean communities, said the party was doing “nowhere near enough” to tap into the Black British electorate.

“What we are seeing is a situation whereby we know from all the evidence we’ve seen from the last couple of decades, if not longer, that Black communities do not see the Conservative party as a party of first choice for them,” said Akinbusoye, the police and crime commissioner for Bedfordshire.

In the 2019 general election, Ipsos Mori estimates that 20% of all Black and minority ethnic (BAME) voters opted for the Conservatives, while Labour won 64% of the BAME vote.

The 2022 Group, which will be launched this autumn, was founded by senior Tory members including Samuel Kasumu, who resigned as Boris Johnson’s race adviser last year, Wilfred Emmanuel-Jones, also known as the Black Farmer, and Akinbusoye.

Although the Labour party has had senior BAME MPs in shadow cabinet positions, including Diane Abbott, the party has never had a BAME cabinet member in office. And not since 2015, when Chuka Umunna suddenly dropped out of the 2015 leadership campaign, has the party had any serious BAME contender.

In January last year, Kwasi Kwarteng, the business secretary, became the first Black secretary of state. “Kwasi is a very gifted man. He’s very bright,” Akinbusoye said. “He’s talking about the kind of things that I think many in the Black community will be thinking about as well.

“I’m a Black man of Nigerian origin, the first Black police crime commissioner ever in the country,” Akinbusoye said. “I was selected by a broadly all-white selection committee. If you look at the line up of leadership candidates before we got to the final two, look at the diversity. We’ve already had the first Asian origin chancellor. We’ll have the first Black chancellor, if Kwasi becomes the chancellor.”

Earlier this month, Liz Truss, the frontrunner for the Conservative party leadership, announced she would cut approximately £11bn a year in civil service expenditure if elected to “tackle left-wing groupthink in government”. The cut would include scrapping diversity and inclusion roles.

In response to Truss’s comments, Akinbusoye said it was “early days” to determine the “real value” of inclusion and diversity roles.

The 2022 Group will include members of parliament, activists, councillors and donors. Senior positions will be allocated to the former Conservative candidate for the mayor of London, Shaun Bailey, the education secretary, James Cleverly, and the Conservative MP for Maidstone and the Weald, Helen Grant.

“The Conservative brand is currently toxic and something must be done to broaden our appeal if we are to win future elections,” said a statement from the group .

“The Conservative party can make progress, it has been making progress,” Akinbusoye added. “But it is nowhere near enough. That is something that our group, given the calibre of people who are part of it, will be able to bring to the table”.
#Boris Johnson  #Johnson