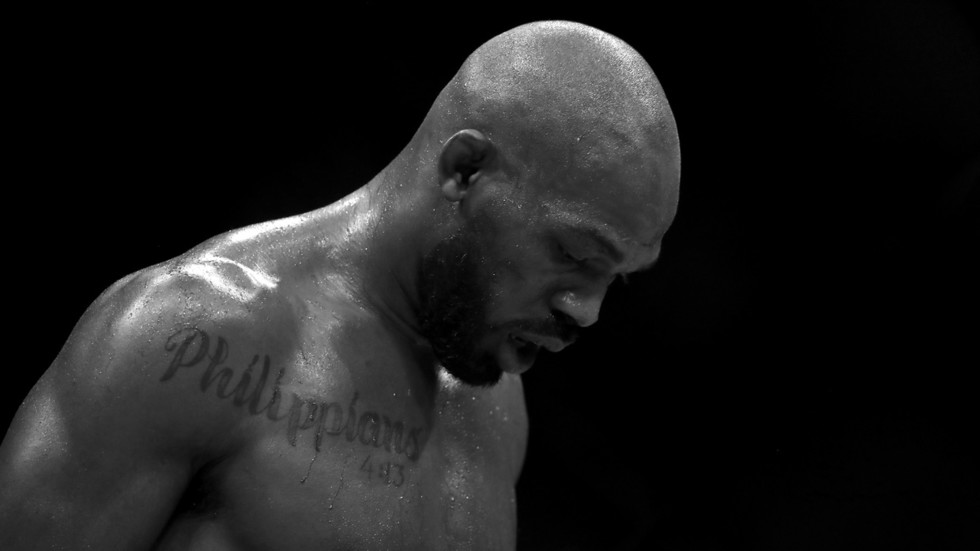 UFC superstar Jon Jones head-butted a police car and cursed at officers during his September arrest on the Las Vegas strip which occurred hours after he had been inducted into the UFC Hall of Fame.

Jones, who is the most successful light heavyweight champion in the history of the UFC, was arrested shortly after police were called to the Caesars Palace Casino on September 24 last after a hotel security members allegedly observed Jones' fiancee, Jesse Moses, bleeding from wounds to her nose and mouth.

She later told police that the UFC fighter became “a little physical” during an argument.

When police came, reports indicated that Jones, who had been drinking, damaged a police car and was arrested for misdemeanor battery domestic violence as well as tampering with a vehicle.

The footage, which was obtained by the Las Vegas Review-Journal, shows an aggravated Jones handcuffed and hurling abusive words at the police.

“Say your name publicly. You turned me in my Hall of Fame night, just because I’m big and black. And what did I do? I came from my Hall of Fame ceremony, and I’m black, and I did nothing to you.”

The clearly emotional Jones adds: “Bro, hang me. Hurt me and kill me. What did I do?

“A black man can’t drink? Getting elected into the Hall of Fame, and this is what I’ve got?”

Jones then again tells the officers that he “hates” them before hitting the car with his head, prompting police to further restrain him.

The 34-year-old fighter was then arrested and taken to jail, per a police report of the incident where he was later released after posting bail. He later pleaded no contest to a charge of destroying property.

The incident came hours after he attended a ceremony to induct him into the UFC Hall of Fame for his classic 2013 bout with Swedish fighter Alexander Gustafsson.