The full video coverage of the COVID-19 briefing from the Bermuda Government on June 8, 2020

Yesterday was a powerful moment for Bermuda. Thousands took to the streets to show solidarity and support for the Black Lives Matter movement, while demanding justice, and elimination of racism in Bermuda.

As we marched, we affirmed that Black Lives Matter, and with the rest of the world, remembered American black men and women who have been murdered by the state. It is clear that the events in United States have affected many, and I'm pleased that this government changed the laws, so that a legal and peaceful protest could take place this Sunday.

Racism in Bermuda isn't new, and racist attitudes still persist in Bermuda. Police brutality in Bermuda, is not new either, and neither are police who may have racists views. 2 December 2016 and recent local events have proven that that is the case. There is still economic disparity between black and white people who do the same jobs in Bermuda. This is our truth, and of course, it is not enough just to talk about it, but we must continue to act on it.

Bermuda's justice system is not colorblind. We have to make sure that we continue the reforms to our justice system so that the differing treatment of black person versus white persons inside of the criminal justice system is no longer there. This inequity is what led this government to decriminalize cannabis possession because the outcome of that law disproportionately, negatively affected black males, with 95% of convictions of cannabis possession being black males, whereas the usage statistics amongst black and whites is similar.

In the House of Assembly on Friday, I said that as a country, we must maintain the energy to continue to fix injustice. It is my hope, when we move forward with making additional changes t legislation, legislation that will dismantle laws, practices, and policies of systemic racism that negatively impact black people, they'll be met with the same energy for real change in equity that we saw on display this weekend.

In April, then Minister Jamahl Sivan invited the public to provide their opinions on current laws that they believe should be updated. The objective was to get public feedback to assist the government with updating, reforming, and repealing existing laws and introducing new laws that will benefit the people of Bermuda, because it's important that the government listens to the people it represents. And this online forum provides opportunity for us to engage in meaningful consultation, so that persons can provide their feedback.

Additionally, the Minister for Community Affairs and Sports, the Hon Lovitta Foggo, will shortly issue a statement announcing that she has reopened the Bermuda Race Relations discussion. In order to move forward we must address and improve the relationships between the various sub communities on this island. Minister Foggo did open that up, and it was engaged in with her Ministry earlier, but she's reopening that consultation and persons are invited to visit forum.gov.bm to add their thoughts to these issues.

Before I ask the Minister of Health to provide an update, I want to thank everyone who joined the march this weekend. The vast majority of Bermudians I encountered were wearing a mask and where possible exercised physical distancing. I encourage everyone, who may have been out on the streets, to take advantage of the free COVID testing which will be available next weekend – and you can visit coronavirus.gov.bm to book your appointment today.

On that note, I will invite the Minister of Health to provide today’s COVID-19 update.

Minister of Health reads her statement.

Last week I stated that Bermuda would move to Phase 3 – Moving to Normal, this week Thursday. In addition to the Expansion of Services in Phase 2, Phase 3 was stated to have the following:

The reintroduction of childcare services, according to the guidance from the Ministry of Health; the opening of government offices; the ending of mandated working from home, and the allowed opening of churches and houses of worship, and also, gyms.

The limits for gatherings will be adjusted from 10 to 20 persons. Additionally, pools, which were previously closed will be subject to the maximum limit of gathering for 20 persons and will also be allowed to be open.

The final item which I'm sure that a lot of persons are concerned about is what about the curfew? The curfew hours will be sorted from 10pm to 6am, where they are currently right now, to 11pm to 5am.

Minister Burch joins us here at the podium. He has been chairing the Cabinet committee that has been engaged in the difficult work of making sure that we reopen our economy safely and that Cabinet committee has been meeting repeatedly over the past few days, and as late as earlier today to finalize the specific guidance that is going to be announced today.

I'm now going to turn the podium over to Minister Burch who can give additional details on Phase 3, and certainly speak to any particular work that the committee's engaged in. Minister.

Minister of Works reads his statement.

Thank you very much Colonel.

As I said in the House of Assembly on Friday, the government is now looking at safely reopening Bermuda's borders, which will form part of Phase 4. As we introduce a move through Phase3, and Phase 3B, the next step will be how dowe make sure that we can allow our tourism workers to return to work and allow persons to visit Bermuda safely.

As we saw last week, our government lab was able to test the returning passengers from Canada, and get the results back within five hours. This was a great accomplishment for the lab and shows how we are able to quickly begin to put practices into place to test arriving passengers quickly and easily.

As a government and a country, we are moving forward. We are following the rules, we are doing our part, we now have a reduction in the number of cases, our real time reproductive number is less than one. We've gone seven days without a new case, and this is certainly something to be celebrated. But we must remain vigilant, we have to continue to do what we have been doing all this time, so that we can have the same results that we have been having all of this time. 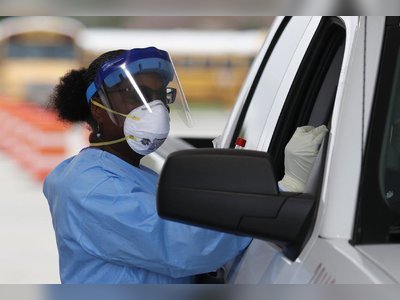 Today there were 498 test results received by the Ministry of Health, and none were positive for COVID-19. 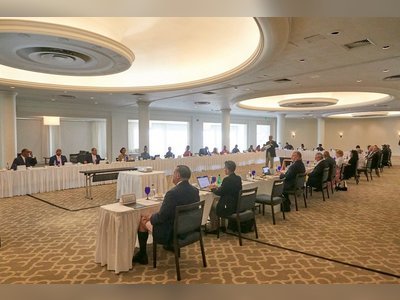 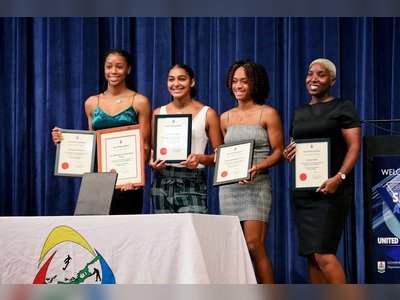 The Minister of Community Affairs and Sports, the Hon. Lovitta Foggo is inviting members of the public to tune in and watch Tyler Butterfield and Jessica Lewis receive their 201... 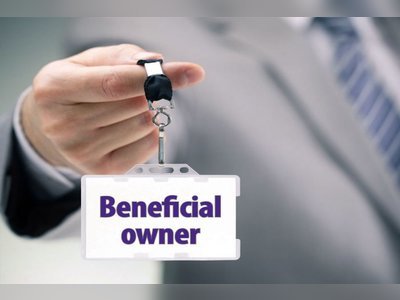 Bermuda Beneficial Ownership Register will be accessible to the public

The Government of Bermuda has continually demonstrated its commitment to take the required measures to protect the borders from those who would wish to use them to undertake or ... 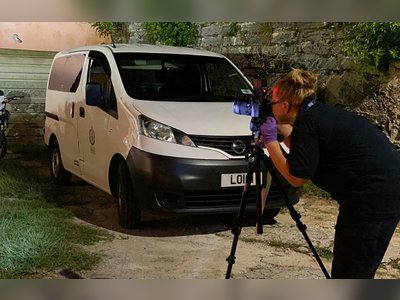 Bermuda Police Service updates on the shooting event in Sandys

At around 11:20 pm on Friday 10th July, police responded to reports of gunshots in the Rockywold Drive area of Sandys Parish. Police quickly established that two males were seen... 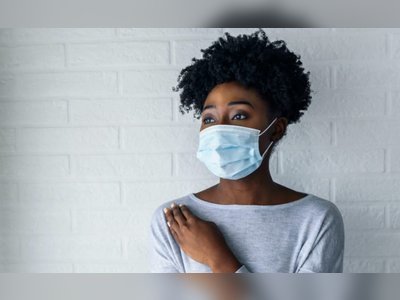 Today there were 270  test results received by the Ministry of Health, and none were positive for COVID-19. Bermuda has 150 total confirmed positive cases. 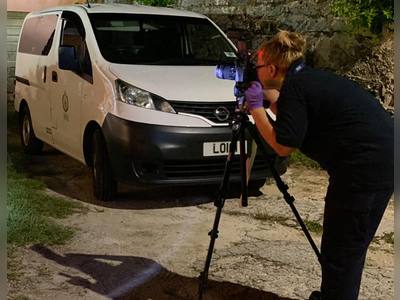 Around 11:20pm last evening [10th July 2020], police responded to a report of what was believed to be gunshots heard in the area of Rockywold Drive in Sandys. 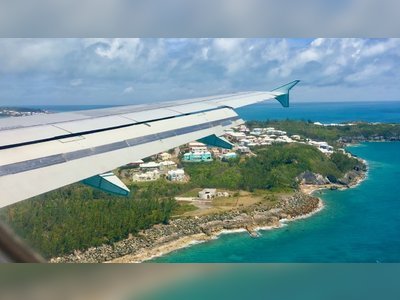 Today there were 393 test results received by the Ministry of Health, and one was positive for COVID-19. 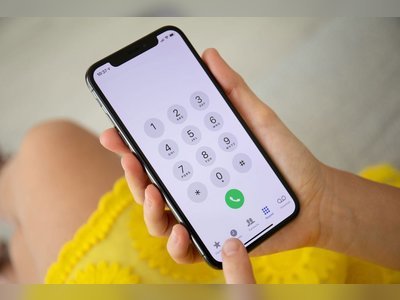 In order to provide faster and more efficient service to the community, the Bermuda Police Service has implemented a new reporting hotline, “211”. 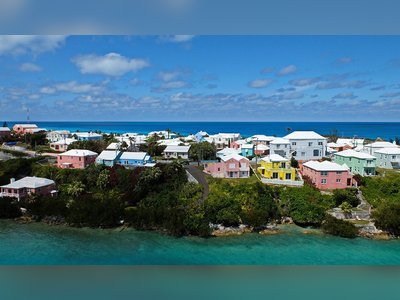 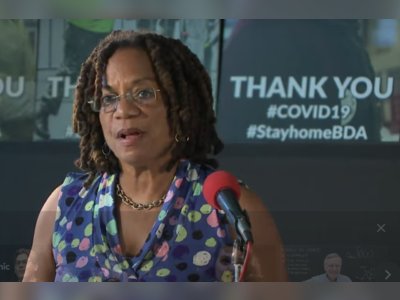 Today there were 283 test results received by the Ministry of Health; and none were positive for COVID-19. 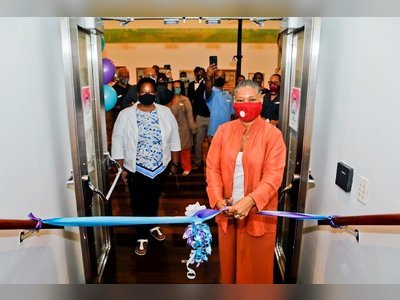 At the Mirrors volunteer reception and opening of the Fourth Annual Art and Digital Competition on Friday, 3 July 2020, the Attorney-General and Minister of Legal Affairs, Senat... 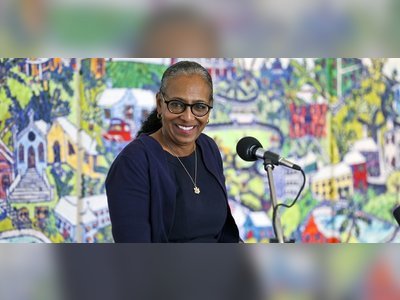 The Minister of Community Affairs and Sports, the Hon. Lovitta Foggo, is encouraging the public to support a series of virtual events being hosted this month in the lead up to C... 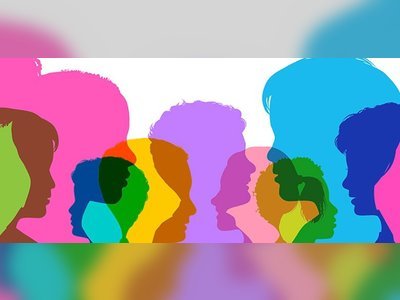 National School survey: alcohol and drug use has declined since 2015

The Ministry of Legal Affairs, through the Department for National Drug Control, has completed the fifth implementation of a National School Survey on Drug Consumption and Healt... 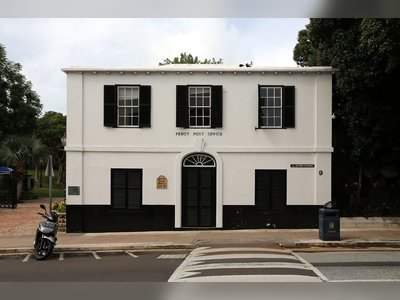 The Bermuda Post Office (BPO) advising of the following update regarding overseas mail. 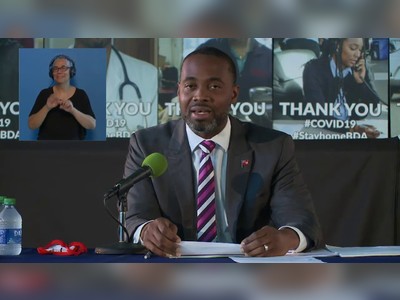 The leaders of Bermuda, gave an update on COVID-19 and other important matters in a press conference July 9, 2020 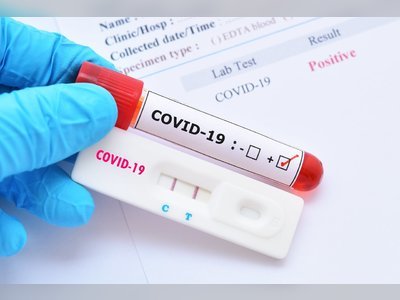 Today 8 July there were 220 test results received by the Ministry of Health, and one was positive for COVID-19. 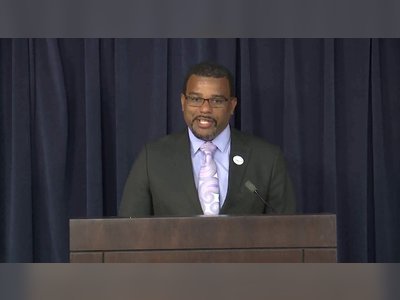 The Acting Minister of National Security, the Hon. Diallo Rabain, JP, MP, commented on the two incidents which occurred last evening. Both matters are under active investigation... 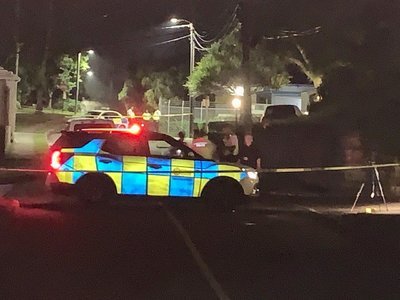 A man died in a domestic stabbing incident in Warwick

At around 12:05 a.m. on Wednesday 8th July, police received a report of a domestic incident at a residence on St. Mary’s Road in Warwick. 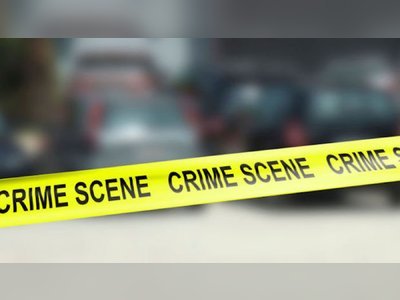