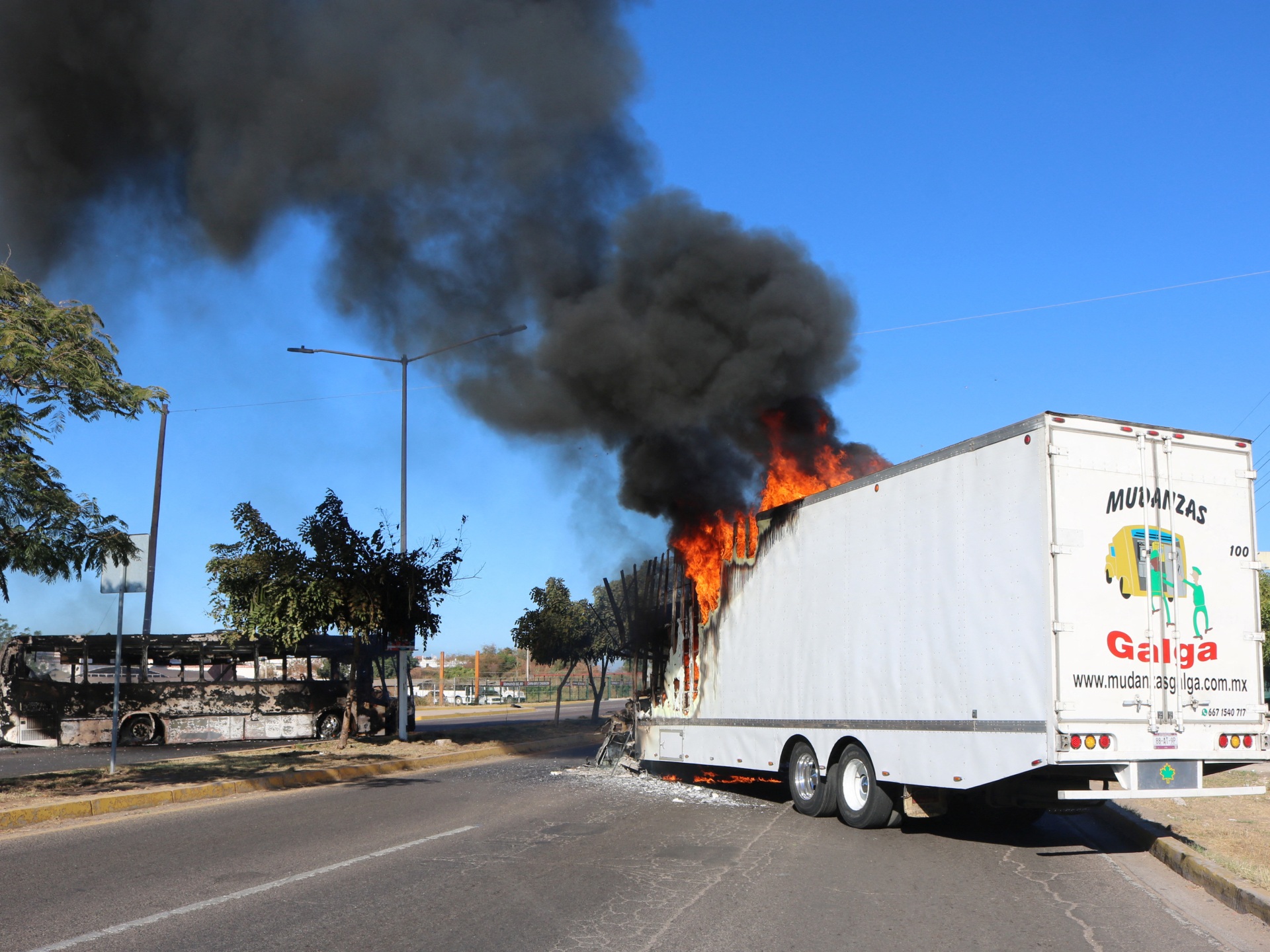 Cars were set on fire and residents were carjacked by alleged cartel members in the city of Culiacan in Sinaloa province on Wednesday night and into Thursday. Authorities have not said what sparked the violence, but such actions sometimes occur following the arrest of a cartel member.

“We ask the citizens of Culiacan not to leave home due to the blockades that have occurred in different parts of the city,” Culiacan Mayor Juan de Dios Gamez wrote on Twitter.
Ovidio became an important figure in the Sinaloa Cartel after the arrest of his father, and was himself arrested and temporarily detained by Mexican security forces in October 2019.

In retaliation then, gunmen started shooting high-powered weapons throughout the city, and Ovidio Guzman was released in an embarrassing setback for the administration of Mexican President Andres Manuel Lopez Obrador.

In a Thursday press conference, Lopez Obrador acknowledged that there were ongoing operations in Culiacan but did not offer more details.

Unverified footage on social media allegedly showed gunfire overnight in Culiacan, including from a helicopter, and the airport announced that it would suspend operations until Thursday evening. Work has also been suspended for all municipal employees.

“Don’t leave home!” the city posted on social media. “The safety of Culiacan’s citizens is the most important.”

At least 19 people, including prison staff and other incarcerated people, were killed as armoured vehicles attacked the prison where Neto had been held in the deadliest raid of its kind in recent years.
The Mexican government has struggled to deal with high levels of violence and the substantial power of drug cartels throughout the country.

While the president ran a campaign that was critical of the drug war and emphasised the use of social programmes to weaken the financial appeal of organised crime, Lopez Obrador has been criticised for embracing an approach that leans on the military. Rights groups have become more critical, and violence remains high.

In September, for example, the Mexican government moved to take the National Guard out of the hands of civilian leadership and put it under the authority of the armed forces.

The Mexican military has been criticised for a record of abuses and rights groups have warned that removing civilian control over the National Guard could lead to similar violations.

Lopez Obrador waved those concerns aside, saying that the measure was necessary for public safety.