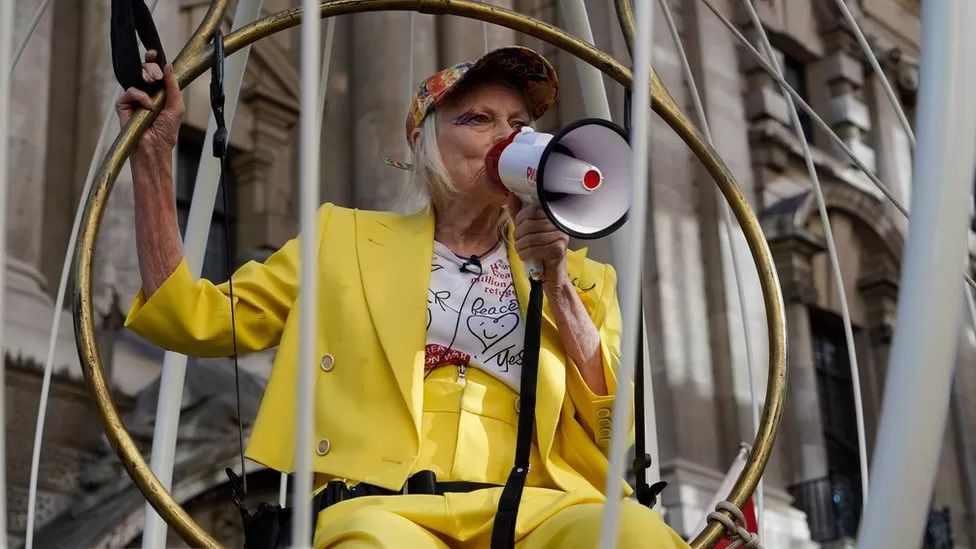 Dame Vivienne was a vocal supporter and friend of Mr Assange for more than a decade, famously protesting against his incarceration suspended in a bird cage.

She died in London on Thursday aged 81.

Mr Assange is fighting extradition to the US on charges related to the publication of thousands of classified documents in 2010 and 2011.

His wife Stella Assange, who has described Dame Vivienne as "irreplaceable", told the BBC her husband and the designer had a close personal relationship.

Having known Mr Assange for more than ten years, she said Dame Vivienne was a strong supporter of WikiLeaks' work.

"I know that Julian would want to honour her," said Ms Assange, adding that her husband's solicitor had been asked to put in a request for him to attend.

A Ministry of Justice spokesman told the BBC that it was unlikely such a request would be granted as this kind of leave was only meant for close relatives.

However, there was no explicit ban, he said, and it was up to prison governors to decide on a case-by-case basis.

A relevant guidance document states that applications should "balance security considerations with those of decency, and should only be refused on security grounds".

Mrs Assange insisted there was "no obvious reason" why the prison would not be able to grant the request, arguing there were "good compassionate reasons why it should".

Details of Dame Vivienne's funeral have not yet been made public.

The Derbyshire-born designer made her name with her controversial punk and new wave styles in the 1970s and went on to dress a number of big stars.

Mr Assange himself described her as a "pillar of the anti-establishment", in comments released by his wife on Twitter.

He saluted Dame Vivienne's creativity and friendship, saying she would be "missed terribly by me and many others".

One headline-grabbing show of support for the Wikileaks founder saw Dame Vivienne suspending herself inside a large cage outside the Old Bailey in 2020.

She condemned her friend's detention as a "stitch-up", and led other protesters in chanting for his release.

She cemented her friendship with Mr Assange by visiting him regularly during his long stay at the Ecuadorian embassy in London as well as in Belmarsh, Mrs Assange said.

The two saw in the 2015 New Year together at the embassy, she added.

Mr Assange took refuge there for seven years, seeking asylum to avoid extradition. As well as his work with Wikileaks, he faced a rape allegation in Sweden. That investigation was later dropped.

But he was removed from the embassy in 2019 and imprisoned, and now faces a US trial over a leak of military information.

A request to hand him over has been approved by the UK government. However, Mr Assange is battling this, and has said the case against him is politically motivated. 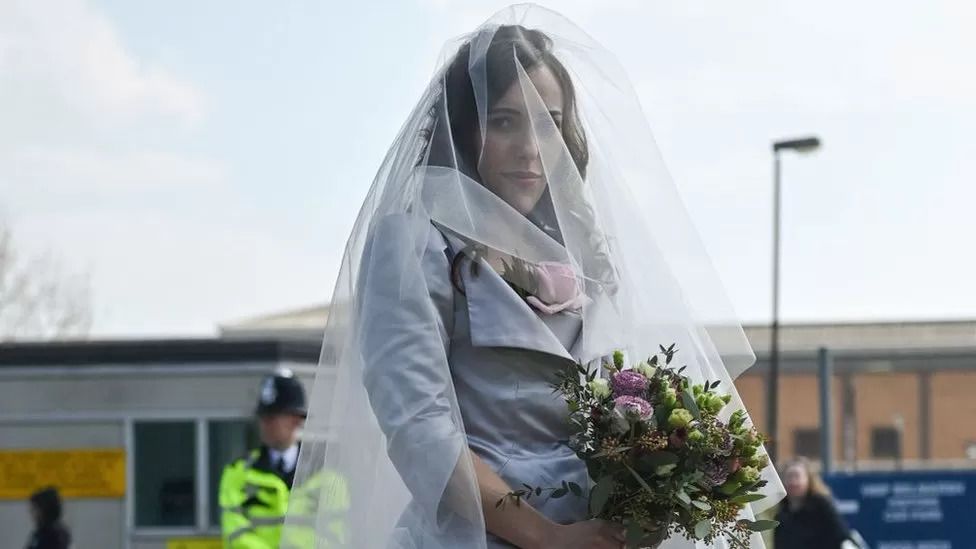