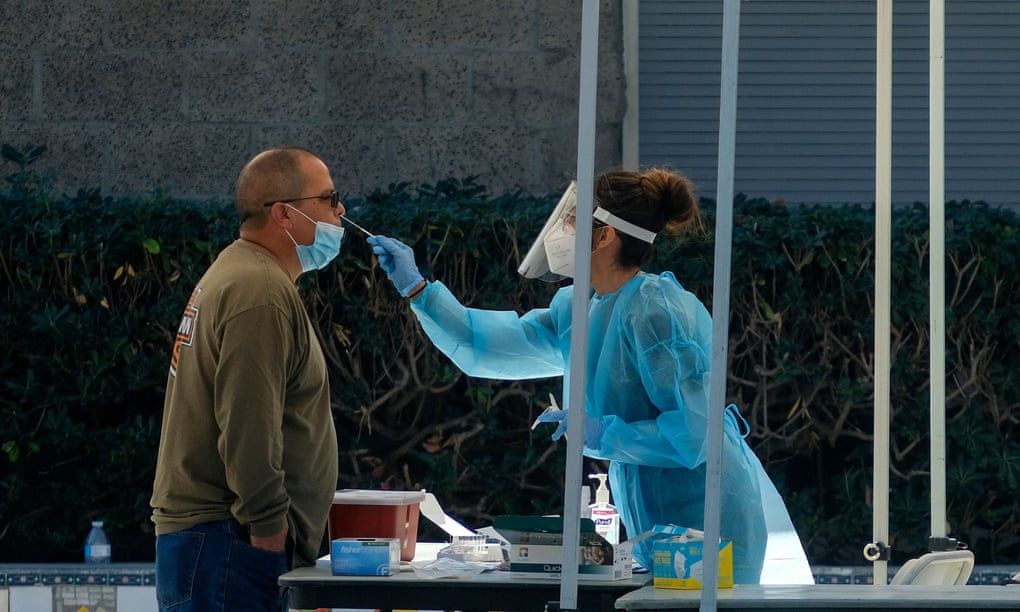 Warning signs for US as Covid cases rise in Europe

The US must prepare now for the next surge or variant, whether it’s BA.2 or a different one, experts say

Cases and deaths from Covid-19 have fallen in the US, but warning signs and rises in other countries are prompting experts to take future and existing variants of the virus seriously – and they are warning that America has not yet reached the endemic phase.

It’s important to prepare now for the next surge or variant, whether that’s BA.2 or a different one, experts say.

While it’s not yet clear if BA.2, a sublineage of Omicron, will cause another surge so soon on the heels of the first Omicron outbreak, it shows worrying signs of being able to reinfect those who previously recovered from Covid, like its sibling BA.1.

“I would not be surprised if in the next few weeks we see somewhat of either a flattening of our diminution or maybe even an increase,” Fauci told the ABC News podcast Start Here, ABC reported on Friday.

Of the UK, which is seeing an upward trend in cases, Fauci said: “Their intensive care bed usage is not going up, which means they’re not seeing a blip up of severe disease.

“Whether or not that is going to lead to another surge [in the US], a mini-surge or maybe even a moderate surge, is very unclear because there are a lot of other things that are going on right now,” Fauci said.

Several countries in Europe are seeing another surge now, and early indicators, such as wastewater monitoring, show that cases may start to tick back up in the US. But it’s not clear whether the reason for the surge is because of the variant’s increased transmissibility or its ability to evade immunity, or countries’ relaxed precautions and waning immunity – or all of the above.

“​​That’s a really, really hard one to answer definitively, because everything’s happening at the same time,” said Aris Katzourakis, a professor specializing in virus evolution at the University of Oxford. But he and other researchers warned on Monday that other variants will emerge, and they could be more severe than variants we’ve seen before.

Scientists are watching BA.2 especially closely for signs that it is adept at reinfection after previous bouts with Covid.

“That is the most important and challenging scientific question right now in the field of Sars-CoV-2 epidemiology,” said Samuel Scarpino, a mathematical epidemiologist and managing director of pathogen surveillance at the Rockefeller Foundation’s Pandemic Prevention Institute.

“It’s very unusual to see a surge followed by another surge in rapid succession. When that happens, it’s almost always a sign of some kind of immune evasion.”

The US is frequently three to four weeks behind surges in the UK, Scarpino said. “I think the signs are all pointing towards there being a surge of BA.2 in the US, but what we’re seeing in Europe has just started to happen over the past week and a half – so it’s still early days, which means there’s a lot of uncertainty.”

It’s not yet clear how bad such a wave would be, especially given prior immunity from the recent surge and changes in behavior.

“There are more unanswered questions about this than any previous variant,” he said.

Understanding the nature of new variants is more complicated than it was when Covid first emerged, he added. Now huge swaths of the population have very different levels of protection, whether from vaccination or from previous infection, which may have occurred one or two years ago and begun to fade. Only 44% of the US population has been boosted.

That makes vaccination and booster campaigns all the more important in preparation for coming surges, Scarpino said. “It takes weeks to build up the immunity; sometimes it takes weeks and weeks to get the campaigns rolled out. We really need to be moving on this now.”

That’s because there will undoubtedly be another variant of concern, even if BA.2 fizzles, he said.

There is “a real and credible risk that there could be another surge coming, and we just need to make sure people are aware of this and that we have plans in place to respond to make sure that we’re not back in the middle of all this again in a month”.

Yet the Biden administration has announced that it is running low on Covid funds, which could create huge gaps in its ability to respond to this and other variants. 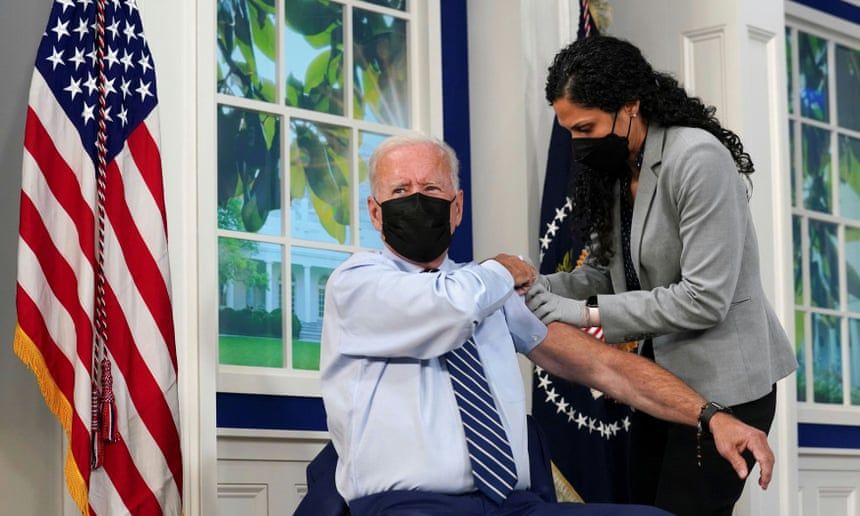 Joe Biden gets his booster at the White House in September last year.

Part of the problem centers around a misunderstanding of what happens when a virus becomes endemic.

Endemicity has a very narrow definition in epidemiology. A pathogen is considered endemic when the number of people who are susceptible to the virus balances out the reproduction number, creating a steady number of cases each year.

In other words, it’s regular and predictable enough, because populations have a certain level of immunity, that experts have some ability to anticipate what’s going to happen.

Some commentators have suggested that the US has already reached this state – and, perhaps more worryingly, have assumed that the virus will inevitably evolve to become milder.

“Both of those are problematic,” said Katzourakis, who has also written about the harms of endemic viruses. This virus is still surging out of control, and “we don’t know what and when it’s going to come next”.

“Endemic” also doesn’t mean “safe”, Scarpino said – and it doesn’t mean that officials give up on battling the virus.

Endemic viruses, like influenza, also regularly mutate to create epidemics or even pandemics, he said. And “the more the virus circulates uncontrollably in the population, the higher the chance of another variant that’s going to scupper our optimistic hopes will be”.

The biggest concern now is that officials seem to be relinquishing control of the virus. “It seems a very, very risky situation to be in,” Katzourakis said. “That’s the real danger here – accepting that we shouldn’t be doing something to control the virus. That part then becomes a self-fulfilling prophecy where, by not doing anything, we’re creating a situation that gets ahead of ourselves and causes us even more problems.”

That’s one reason why closely monitoring viruses is still important even after they have become embedded in human populations.

Scarpino compares this kind of work to weather forecasting. “People complain about the accuracy of weather reports a lot, but weather reporting is actually pretty darn accurate,” he said. If schools close due to inclement weather, they usually have an idea of how long those closures will last – think days, not months.

The US needs a similar system for pathogen forecasting, he said. “If you have real-time information, we can keep schools open … We can save lives.”

A major part of that is having very up-to-date information that’s communicated clearly. Right now, CDC data lags by about two weeks, making it difficult to grasp what’s happening.

Understanding that viruses like Sars-CoV-2 will evolve to pose new threats, and monitoring them carefully, gives leaders time to prepare for major surges.

“Early action is always better,” Scarpino said. “If we start to see cases surging, we may need to take more measures.

“As much as I and everybody else wants this to be over, it’s not over.”